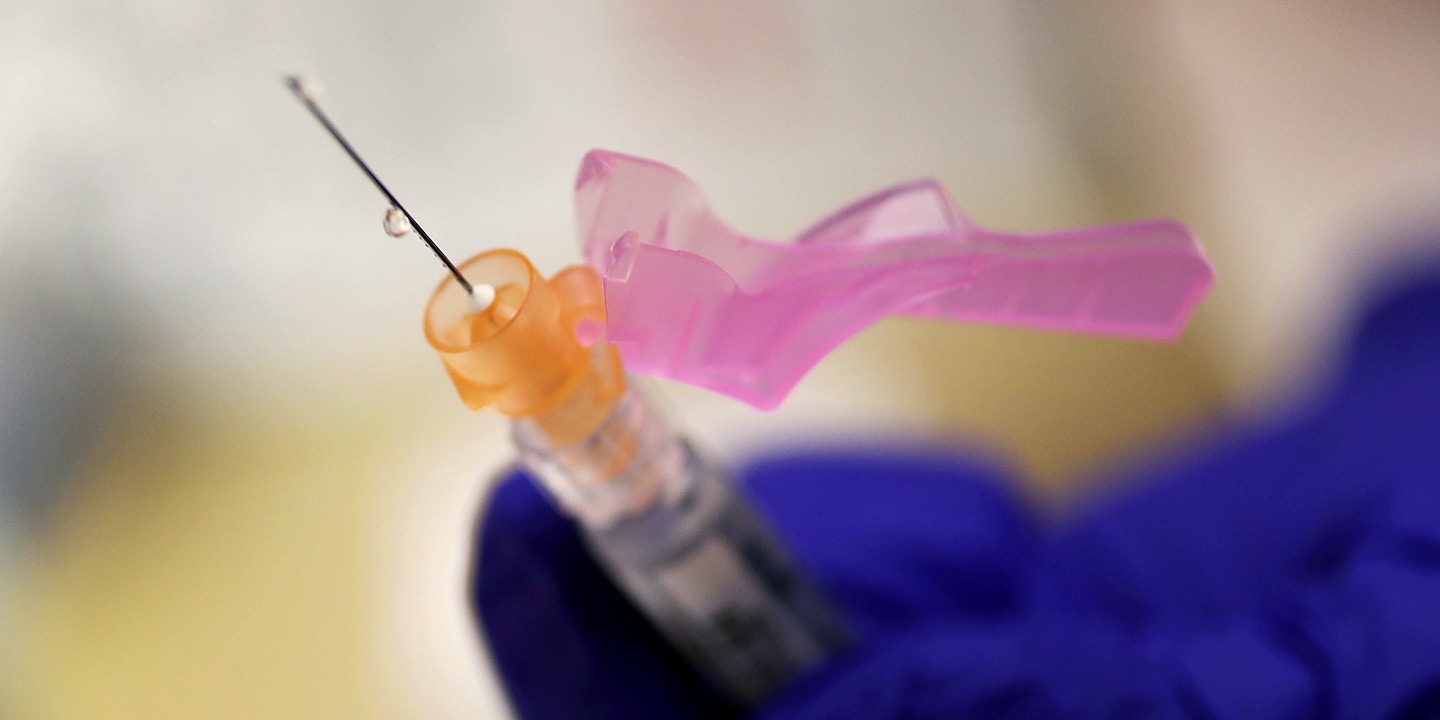 The president of the United States compared the coronavirus to the flu this week, and the new virus that has already stricken more than 55,000 people and killed more than 800 across the country came out looking relatively innocuous.

“We have a lot of people dying from the flu, as you know,” Donald Trump told reporters at the White House, as his attorney general, William Barr, stood far less than 6 feet behind him. “It looks like it could be over 50,000,” he said about the current flu season, later clarifying that he was referring to deaths from the flu, “not cases, 50,000 deaths, which is a lot.”

But the number Trump cited does not reflect people dying from verified cases of the flu. According to data from the Centers for Disease Control and Prevention, 7,428 deaths from the flu were confirmed by a lab test for that virus in 2019. If you add in the 3,771 test-confirmed deaths already tallied in 2020, the total number of deaths that can be definitively tied to the flu is 11,199.

The much higher number Trump used comes from the possible range of deaths attributable to flu this season — 23,00 to 59,000 — a number that the CDC estimates in part by including people who die from pneumonia even if they weren’t tested for the flu virus.

Trump contrasted the high flu numbers — along with automobile accidents, which he said were “far greater than any numbers we’re talking about” — to the number of Covid-19 cases in part to emphasize his administration’s success in responding to the deadly virus. “I think we’re doing a very good job of it,” he said, going on to describe the number of cases in the U.S. as “pretty amazing.”

But comparing Covid-19 and flu numbers is a classic case of apples to oranges, according to public health experts and epidemiologists. While the number of flu cases and deaths are estimates that don’t require confirmation by a lab test or death certificate, Covid-19 cases and deaths are being documented as such only if there is a positive result on a lab test.

“It’s an inappropriate comparison because you’re using a different definition of disease,” said Ken Rosenberg, a retired epidemiologist who worked for the Oregon Public Health Division.

Because of the nationwide shortage of Covid-19 tests, very few people are able to get a confirmed diagnosis, making it impossible to know the actual number of cases and deaths in the U.S. In New York City, where the death toll has topped 192, confirmed cases have been reportedly doubling every three days, reaching more than 15,500 as of press time. But even that number is likely only the tip of the iceberg, since city hospitals have stopped testing patients who are not already hospitalized or requiring hospitalization.

While the precise number of people who are getting sick and dying from the coronavirus remains a mystery, it is already clearly more deadly than the flu. The percentage of people infected by the virus who die from it, known as the case fatality rate, has been reported to be in the range of 1 to 3 percent and to vary geographically, with estimates in South Korea as low as 0.4 percent. For people in the U.S. who are 85 and older, the most vulnerable, the case fatality rate has ranged from 10 to 27 percent, according to the CDC. Yet fewer than 1 in 1,000 of the people who developed flu during the 2018-2019 season died, according to CDC estimates.

Dr. Anthony Fauci, director of the National Institute of Allergy and Infectious Diseases, who has repeatedly explained that the new coronavirus appears to be about 10 times more lethal than flu, was noticeably absent from Monday’s press conference.

The CDC has historically estimated deaths from flu because relying only on death certificates and positive tests would likely result in an underestimate. While the current method of calculating deaths and mortality is imprecise, it has been in use for years. “The CDC’s position has been that it’s the best way to understand how many people have been infected,” said Rosenberg. “It’s never been a problem before because no one’s compared that number to anything else.”

Trump, who has repeatedly compared Covid-19 to the flu as the virus has spread throughout the U.S., has changed that. After emphasizing the relatively small threat posed by the virus, he said yesterday on a Fox News TV special that he hopes to have the country “opened up and just raring to go” by Easter — a decision that public health experts warn would be disastrous.