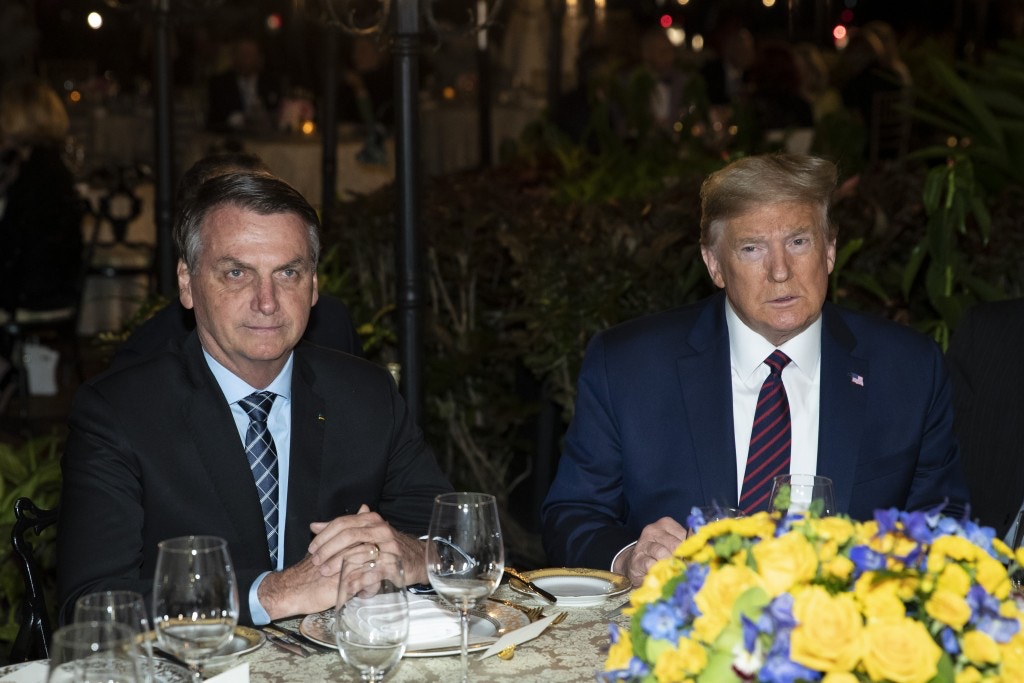 Brazilian President Jair Bolsonaro is subsumed by numerous scandals implicating his family and closest allies. Just in the the last week, multiple law enforcement developments have targeted Bolsonaro’s allies, his family, and even himself.

The last week in Brazil has seen large-scale search and seizure operations ordered by the Supreme Court at the homes of the President’s most vocal blogger and YouTuber supporters on suspicions of anti-democratic activity and Fake News rings. One of his most fanatical supporters was imprisoned. Subpoenas were issued for the bank records of a dozen pro-Bolsonaro members of Congress. And, most threateningly of all, his long-time fugitive-friend Fabricio Queiroz, who worked for a decade as the key aide and driver for Bolsonaro’s Senator-son Flavio and who is charged with coordinating a kickback scheme for Flavio’s enrichment and having close links to the country’s most dangerous para-military gangs, was finally found (at the home of the Bolsonaro family’s lawyer) and arrested (the home featured three Scarface dolls on the fireplace along with a poster for AI-5, the most terrifying decree issued by the military junta that ruled Brazil until 1985 and which Bolsonaro continues to praise).

In the midst of all that, Bolsonaro’s far-right Education Minister, Abraham Weintraub, was fired (or “quit”) on Thursday after he got caught on tape at a cabinet meeting screaming that Supreme Court Justices should be arrested, followed by Weintraub’s mask-free attendance over the weekend at an explicitly anti-democracy protest aimed at the Supreme Court. Even in a government that has suffered dizzying turnover due to corruption and other humiliations by ministers — Bolsonaro is on his third Health Minister in four months in the middle of a pandemic, and his fifth Culture Minister (one was fired after extensively quoting approvingly from Josef Goebbels) — Weintraub stood out as a failure and embarrassment, but he became a hero to the pro-military-dictatorship factions of Bolsonaro’s movement due to his screaming demand that the Supreme Court judges be imprisoned.

Speculation has been rampant in Brazil that Weintraub is the next target of law enforcement operations. Those suspicions were greatly fuelled when he abruptly announced on Twitter on Friday night: “I’m leaving Brazil as soon as possible (a few days). I DO NOT WANT TO FIGHT! I want to be quiet, leave me alone, but don’t provoke me!”

At his firing/resignation ceremony hosted by Bolsonaro on Thursday, the Brazilian President suggested that he would appoint Weintraub to a senior position with the World Bank, one of the few important posts that do not require Senate approval. But vehement opposition quickly coalesced inside the Bank, with an extraordinary, lengthy letter from various Brazilian experts sent to the Ambassadors of seven countries listing all of Weintraub’s scandals and embarrassments, “strongly advising” that he not be appointed, and warning of “irreparable harm that he would cause to your country’s standing within the World Bank.”

While Weintraub last night bizarrely announced that he was “leaving Brazil as soon as possible” — by which he said he meant “in a few days” — news broke this morning that he actually rushed to the airport last night after he tweeted that and flew to the U.S., apparently on an overnight flight. At 9:07 a.m this morning, his brother Arthur announced on Twitter: “Thank you all for your prayers and support. My brother is in the USA.” It was reported later this morning by the Brazilian media that the former Education Minister arrived in Miami.

But there’s a looming question about all of this. How could Weintraub have traveled to and entered the United States given the Executive Order issued by President Trump on May 24 which barred all Brazilian nationals and other non-citizens who have been in Brazil for the prior 14 days from entering the U.S.? Trump’s May 24 “Proclamation on Suspension of Entry as Immigrants and Nonimmigrants of Certain Additional Persons Who Pose a Risk of Transmitting Novel Coronavirus” states:

How did Weintraub enter the U.S. in light of this sweeping ban? 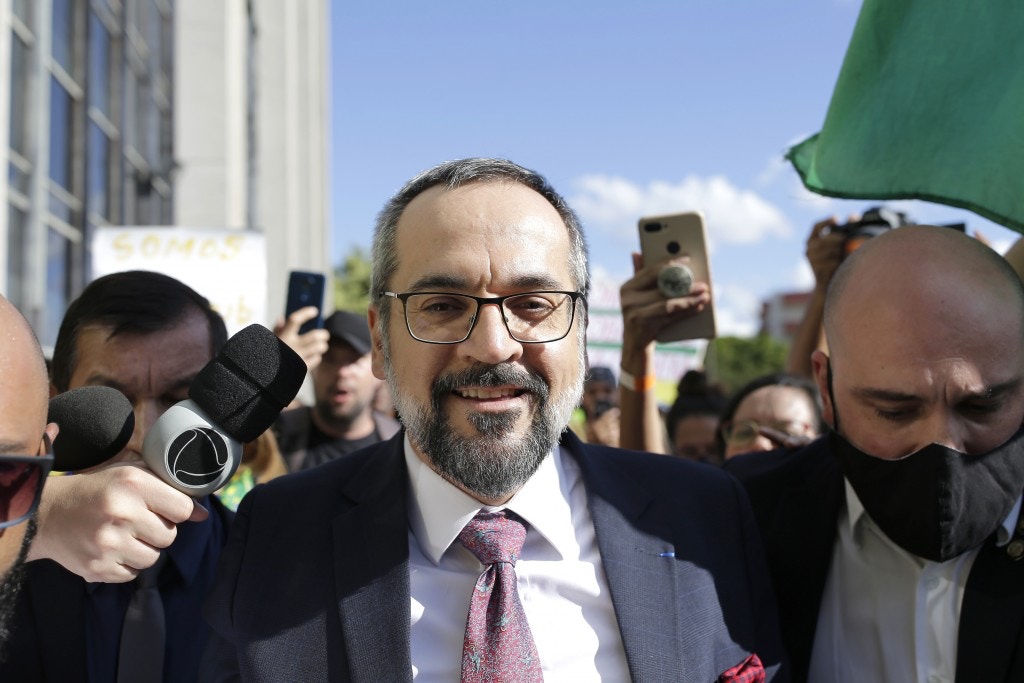 The answer seems to be that Bolsonaro conspired with Weintraub to enable him to circumvent the ban by traveling on a diplomatic passport even though his “resignation” from the Brazilian government was announced on Thursday. Given that Weintraub occupies no official government position, and since his appointment to the World Bank is just rumored and not yet codified, he has no basis for entering into the U.S. under one of the exceptions to Trump’s order, which exempts from the ban “a foreign government official or immediate family member of an official.”

Even though Weintraub’s resignation was announced Thursday, Bolsonaro waited until this morning — once it was announced that Weintraub was safely on U.S. soil — to publish his official notice of resignation. Artificially and deceitfully delaying the official codification of Weintraub’s departure allowed Weintraub to enter the U.S. despite the coronavirus ban on all non-officials who have been in Brazil in the last 14 days, So now Bolsonaro’s close ally is safely ensconced in the U.S., presumably out of the reach of the Brazilian law enforcement investigators scrutinizing suspected criminality. And Bolsonaro, to smuggle his ally into the U.S. where he can be immune from Brazilian legal process, manipulated the public health order of President Trump that is designed to protect Americans from the spiraling, unprecedented coronavirus crisis in Brazil.