Within a few days of joining the Biden campaign, the biography of former top intelligence official Avril Haines no longer listed her work for Palantir. 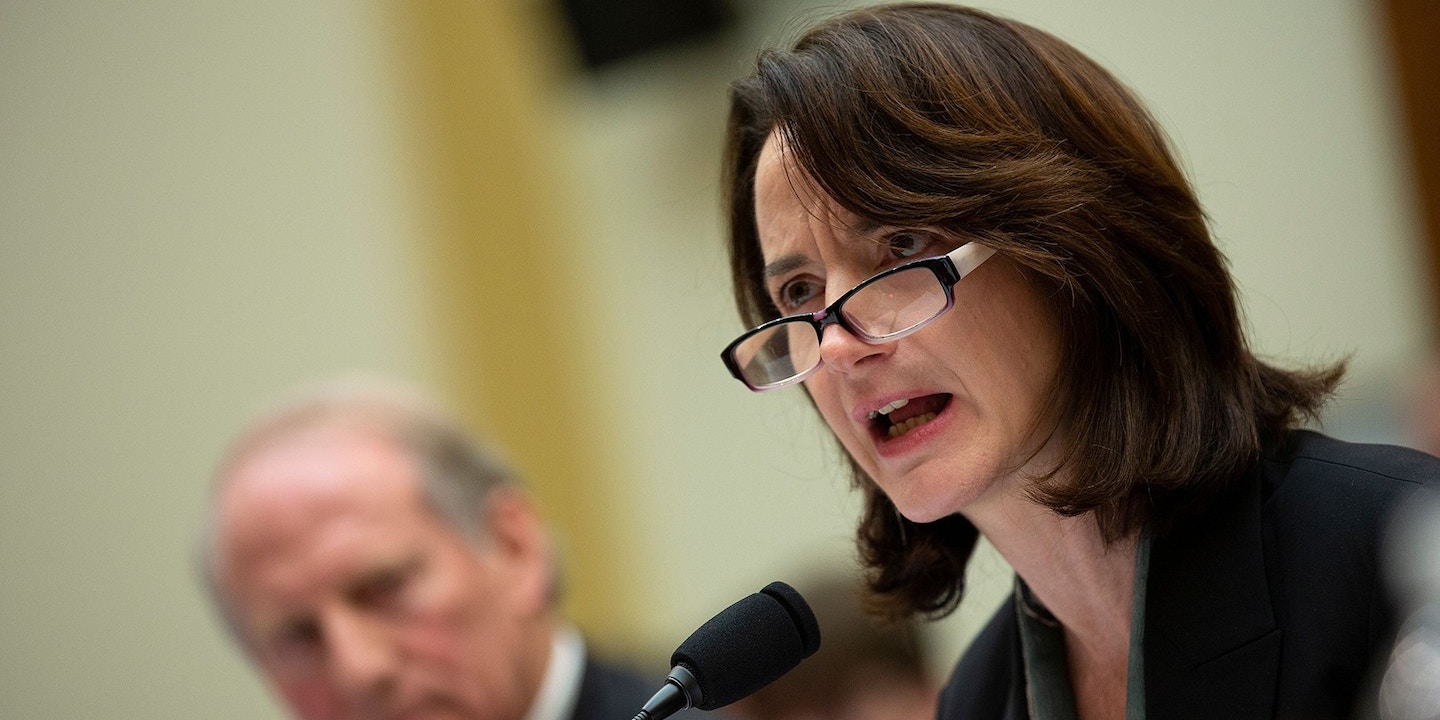 In the run-up to the 2020 election, former Vice President Joe Biden’s campaign is putting together a foreign policy team for a potential future administration. Among those described as being part of the team is Avril Haines, former deputy director of the CIA during the Obama administration. According to an NBC News report from last week, Haines has been tapped to work advising on policy, as well as lead the national security and foreign policy team.

In addition to her past national security work and impressive presence in the D.C. think tank world, Haines has in the past described herself as a former consultant for the controversial data-mining firm Palantir. Haines’s biography page at the Brookings Institute, where she is listed as a nonresident senior fellow, boasted of this affiliation until at least last week, when it suddenly no longer appeared on the page.

The nature of the consulting work that Haines did for Palantir is not clear. As of press time, requests for comment to her, the Biden campaign, Palantir, and Brookings were not answered. Prior to being removed from the Brookings page, the connection to the data-mining company was listed alongside a long list of other affiliations that were similarly pared down.

The affiliation — and its apparent disappearance — raises questions for a campaign that has posed itself as the antithesis to President Donald Trump’s far-right governance. Co-founded by a far-right, Trump-supporting tech billionaire, Palantir, whose business has benefited from a slew of government contracts, has been accused of aiding in the Trump administration’s immigration detention programs in the U.S. and helping the Trump administration build out its surveillance state.

“Palantir’s information technology systems have given the Trump administration the ability to carry out mass deportations that have been tearing apart and terrorizing our immigrant communities,” said Yasmine Taeb, senior policy counsel at Demand Progress, a group that marshals support for causes ranging from human rights to transparency.

Haines’s biography on the Brookings site was captured by the Wayback Machine, which archives websites, on May 9. At that time, the page showed the Palantir affiliation. A printout of the Google cache of the page as recorded on June 20 — the same day that Biden’s campaign announced Haines as an adviser — shows the affiliation. By June 25, the Google cache shows the Palantir affiliation has disappeared; it is not clear when between those dates the listing was removed.

The ties to the Trump administration aren’t the only aspect of Palantir’s history that raises questions. The company has also been accused in the past of plotting to intimidate journalists involved in reporting documents released by WikiLeaks. And Palantir has also provided services to police — another move that appears to put the company out of step with the current political moment. The company also aided the National Security Agency by creating the tools to facilitate worldwide spying.

The firm’s co-founder, Peter Thiel, is a billionaire libertarian financier with close links to the Republican Party. A rare, prominent Silicon Valley supporter of Trump’s 2016 presidential bid, Thiel spoke at the Republican National Convention that year. He has emerged as a generous contributor to a variety of right-wing causes across the country. In 2020, however, the Daily Beast reported that Thiel has been privately grumbling about Trump’s handling of the coronavirus crisis and has so far withheld public or financial support for the president’s reelection campaign. Thiel’s political giving in this cycle has been limited to supporting Kris Kobach, a Kansas politician, Trump ally, and immigration hard-liner who is running for the U.S. Senate.

In recent months, the Biden campaign seems to have capitalized from Trump’s collapsing national popularity. Polls across the country, including in key battleground states, show Biden taking impressive leads over the incumbent. As his campaign gains relative momentum, the composition and affiliations of his transition team is looking more like an early indicator of how he would govern once in office.