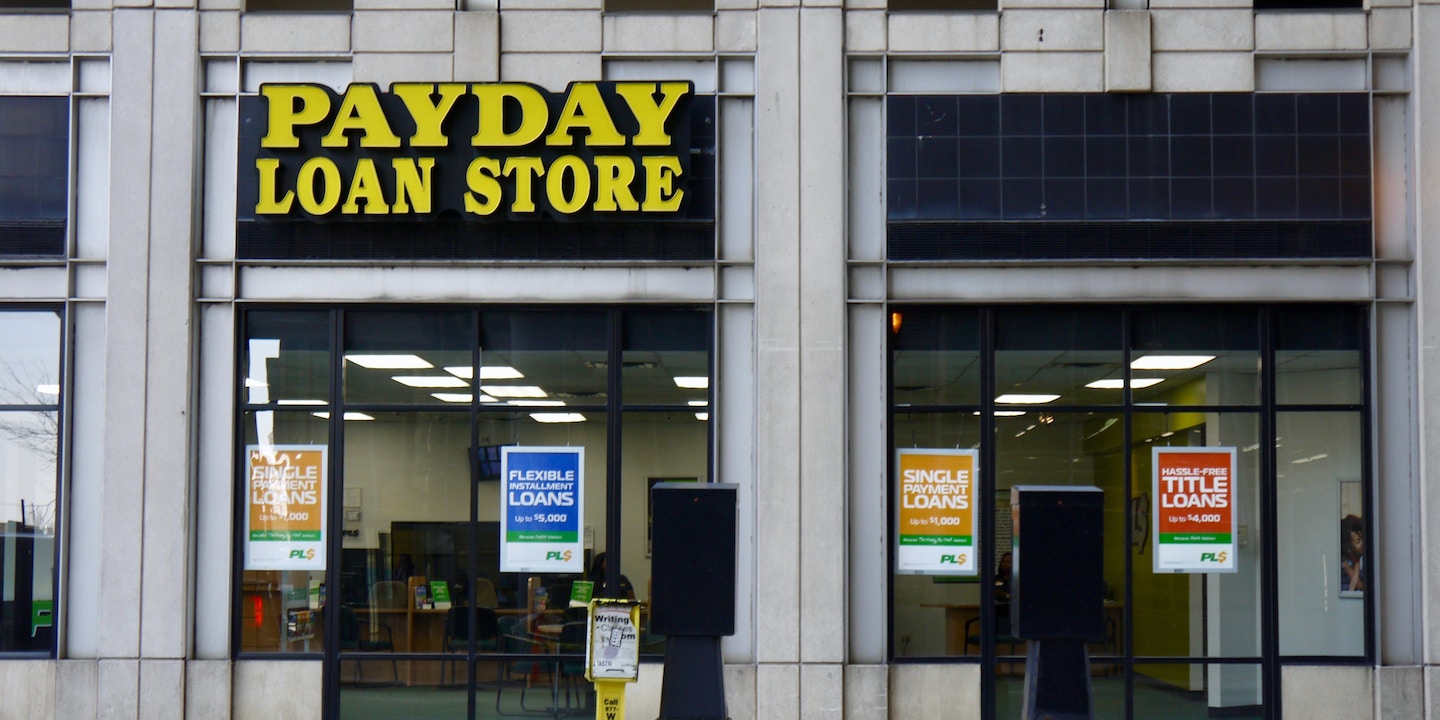 On July 30, Chair Maxine Waters opened the House Committee on Financial Services hearing with a frustrated and ominous message: “I would like to welcome Director Kraninger to what I hope will be her last appearance before this committee as CFPB director.”

Kathy Kraninger was being called to account for the Consumer Financial Protection Bureau’s failure to protect consumers during the coronavirus pandemic. In separate House and Senate hearings, committee members levied their sharpest criticisms against the agency’s plan to deregulate small-dollar lending by repealing key consumer protections on predatory products like payday and auto title loans. The final rule decided on by the agency tore out the heart of the policy by rescinding provisions that required lenders to assess a borrower’s ability to repay their loan.

Small-dollar lenders, such as Speedy Cash and TitleMax, intentionally design high-cost, low-quality products to make it almost impossible for borrowers to repay their loans under the original terms. Finance fees and average annual interest rates of 400 percent prevent most borrowers from repaying payday loans in full, with borrowers ending up in debt five months out of the year for what was deceptively marketed as a two-week loan. Other loans within this industry are just as harmful. Ninety percent of auto title loans are re-borrowed, and 20 percent of borrowers have their vehicles repossessed. This rule makes it easier for lenders to trap borrowers in cycles of debt.

Payday lenders are well known for taking advantage of the precarious conditions experienced by working-class and poor people — and which disproportionately affect Black and brown people. The average loan amount borrowed from a storefront payday lender is about $1,000. Contradicting the assumption that these lenders profit primarily from unpredictable crises such as a pay cut or medical emergency, a majority of borrowers — 69 percent — rely on payday loans to cover recurring expenses. People use these higher-cost loans to live day-to-day: buying groceries, paying bills, and making their rent or mortgage payments.

The CFPB’s rule makes this form of racial capitalism even more punishing by paving the way for predatory lenders to prey on marginalized borrowers and extract lucrative profits. The economic stimulus payments that Congress approved under the CARES Act appeared to help people make it through the early months of the pandemic, and new applications for small-dollar loans declined during March and April. Now, with Congress’s failure to extend benefits, loan applications are rising steadily along with eviction fears, job losses, and coronavirus infection and death rates. In one survey, 36 percent of lower-income households applied for some type of small-dollar loan in June and July. Black and brown households applied for these loans at a rate three times higher than did white households.

Near the end of the House Committee on Financial Services hearing, Illinois Rep. Jesús “Chuy” García described CFPB’s final rule as a scary example of how the agency is working on behalf of predatory lenders instead of consumers. “I represent a working-class, immigrant district. There are a lot of payday lenders in my district,” said García. “My community was hit hard by the last crisis and many people never recovered. … That’s why the CFPB was established during the last crisis to give ordinary people, like my neighbors in Chicago, their own voice. … But that’s not what we see from watching the bureau today.”

The CFPB first revealed its proposed rule to regulate the small-dollar lending industry at a 2016 field hearing in Kansas City, Missouri. Up to that point, regulators had allowed the industry to escape federal oversight. Then-Director Richard Cordray, an Obama appointee, had led the agency in conducting extensive research on the industry’s harms to borrowers.

The CFPB’s decision to reveal its proposed rule in Kansas City was far from random. Kansas City and its white, wealthy suburbs were swimming with payday and other small-dollar lenders hungry for people’s money. Lenders sold payday loans with 1,000-percent interest rates nationwide out of their call center based in Overland Park, and local investors helped bankroll these lenders.

A multibillion-dollar payday lending enterprise overseen by a man named Scott Tucker was located just a few miles away in Leawood, with businesses that had names like Cash Advance and OneClickCash. Tucker put together the seed funding for his payday lending business in the 1990s, about the same time as the industry’s rapid nationwide expansion. By his early 30s, he had already developed several financial schemes and defrauded investors out of $100,000 — credentials he used to pitch investors.

Tucker grew his payday lending business into a nationwide enterprise over the next few decades. He worked hard to keep his illegal enterprise under the radar, including paying off local officials through campaign donations, creating a near-impenetrable multistate maze of shell companies, using the internet to expand his business, and exploiting Native tribes for sovereign immunity. His relationships with payday lenders were hard to pin down. Tucker had succeeded in keeping his name out of states’ earlier lawsuits against the payday lenders from which he was profiting, including in Colorado, Kansas, Nevada, North Carolina, Oklahoma, and Washington.

A 2011 investigative report revealed the sources of Tucker’s wealth, publicly chaining him to the payday lenders whose affiliations he had worked so hard to suppress. The Federal Trade Commission filed suit against Tucker in 2012, and Tucker and his attorney were arrested on racketeering and other charges in 2016. Tucker was sentenced to 16 years in prison, and the FTC won their largest penalty at the time with a judgment for $1.3 billion in 2018. The FTC returned $505 million to the people Tucker had defrauded. The judge presiding over the decision estimated that Tucker had victimized 1 percent of the U.S. population through predatory loans and fraudulent activity. 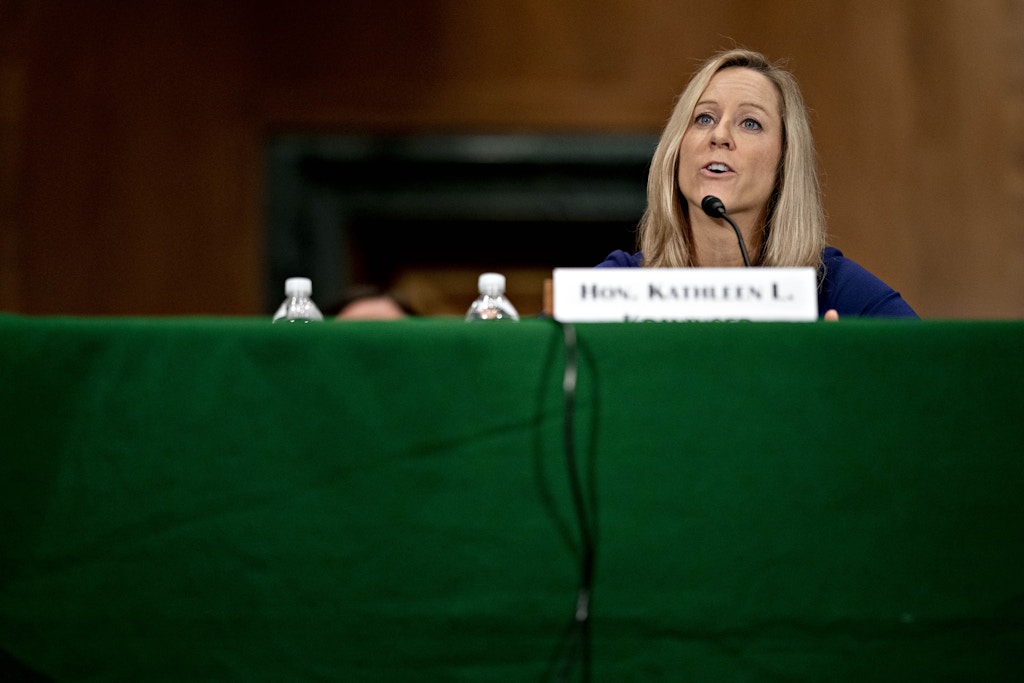 Trump was elected to the presidency a few months after the Kansas City field hearing. Since that time, his appointees, Interim Director Mick Mulvaney and current Director Kathy Kraninger, have hacked away at rule-making and used bureaucratic malaise to whittle away at the agency’s commitments to oversight and enforcement. One of Mulvaney’s first actions as interim director was to announce that the agency would reconsider the small-dollar lending rule. The Trump appointees even manipulated the agency’s research to make payday lenders appear less harmful. When the CFPB announced its final rule in July of this year, it hammered a nail into the coffin of the Cordray-era rule-making that steadfastly sought justice for borrowers defrauded by lenders like Tucker.

The CFPB announced the rule’s final fate as eviction moratoriums and expanded unemployment benefits were expiring — along with any remaining hope that America could rally the collective spirit needed to fight the coronavirus. Other federal regulators followed in lock step with the CFPB. The Office of the Comptroller of the Currency and Federal Deposit Insurance Corporation subsequently announced proposed rules that would allow payday lenders to circumvent state interest rate caps. Moreover, Trump’s executive orders on payroll taxes and student loans defer payments instead of canceling them. By extending these payments into the future, Trump’s executive orders actually operate a lot like payday loans: taking advantage of people’s precarious conditions by offering immediate relief while their debts accumulate with no way of repaying them. Mutually reinforcing policy decisions effectively deploy predatory lenders and their 400-percent interest rates as first responders to the pandemic. Not willing to throw out life vests, Trump’s government encourages people to drown in debt.

Congress must act with urgency to protect borrowers from predatory lenders and to stave the flow of Black and brown income into white pockets, like Tucker’s. The Democrats’ HEROES Act, if passed, would initiate another round of economic stimulus payments that would likely reduce reliance on payday loans by giving people the money they need to live. Some states are stepping up in the CFPB’s absence. Policymakers in Virginia recently passed legislation to cap interest rates at 36 percent and ensure that borrowers can repay their loans. Wisconsin issued emergency guidance warning payday lenders not to raise interest rates and threatening to revoke licenses.

The House and Senate hearings provided a necessary public accounting of the CPFB. However, without federal intervention, people will have little choice but to rely on predatory lenders and their high-cost debt for surviving the pandemic. And they’ll have fewer protections, thanks to the CFPB’s final rule that promises to widen racial economic inequality during a pandemic instead of narrowing it. 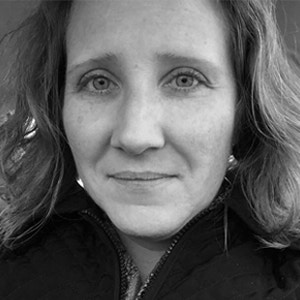