Kennedy now argues that he’s a more valuable asset than Sen. Ed Markey largely due to his fundraising for the Democratic Party. 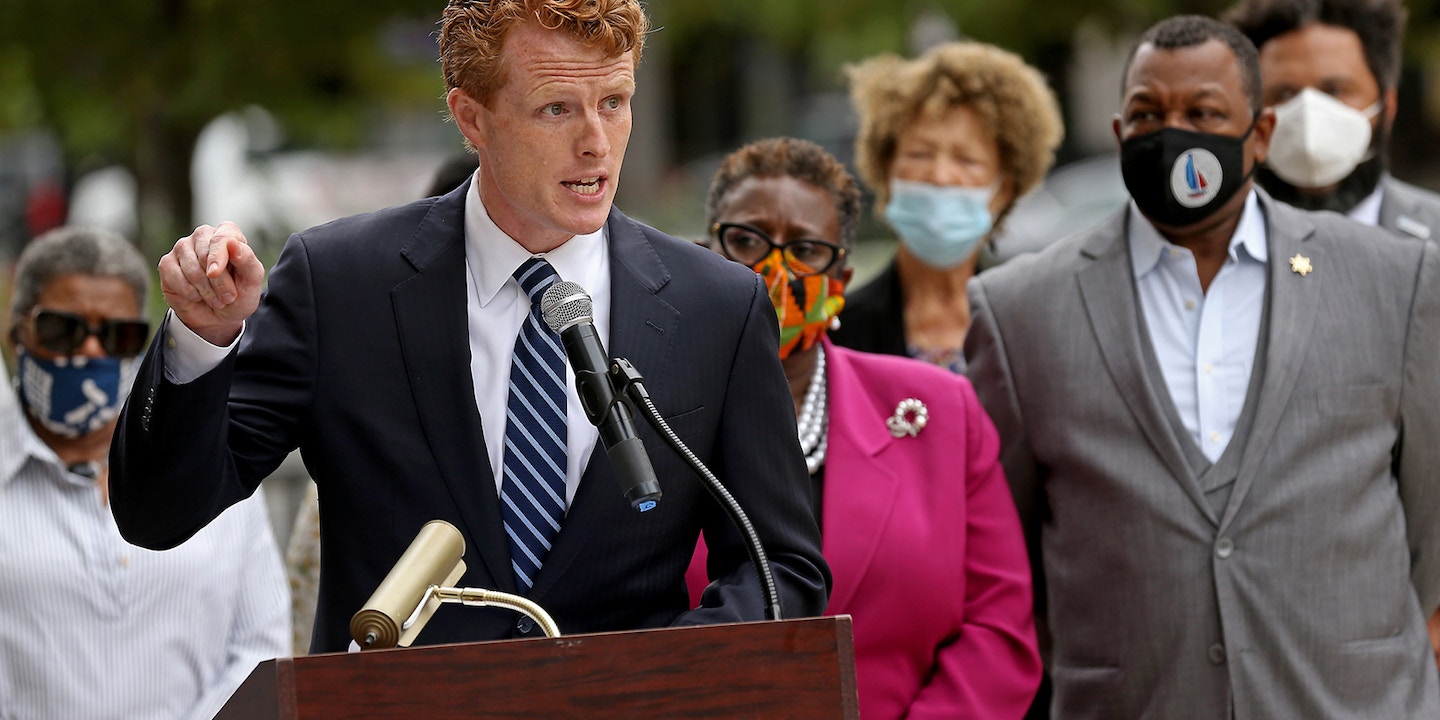 In the high-profile, expensive Senate race between Rep. Joe Kennedy and incumbent Ed Markey, Kennedy has made one argument particularly central to his bid: that Markey has not “leveraged” his Senate seat as effectively as he could to further the goals of the Democratic Party. The two men broadly align on liberal policy priorities, but Kennedy has repeatedly emphasized that there’s more to being a senator than just casting votes and filing bills, and that he would make better use of a Senate seat than Markey has or will.

To underscore his point, Kennedy regularly refers to the way he’s leveraged his seat in the House of Representatives, where he has served since 2013, namely the many fundraising trips he made during the 2018 midterm cycle, when he raised nearly $5 million for other Democratic candidates and helped his party flip the House. During that cycle, Kennedy served as a mid-Atlantic and New England regional vice chair for the Democratic Congressional Campaign Committee and stumped for candidates in at least 15 states and D.C., including battleground races in Pennsylvania, Minnesota, Wisconsin, and Arizona.

While Kennedy acknowledges that he has not used his platform to bring national attention to policy issues like Reps. Alexandria Ocasio-Cortez or Ayanna Pressley have, he speaks proudly of leveraging his seat “in a way that is most natural to me.”

Yet his eagerness to claim credit for flipping seats two years ago contrasts with how Kennedy used to talk about such partisan efforts.

Following a rough 2014 midterm cycle, during which Democrats — already a minority in the House — lost 13 seats in that chamber, party officials began discussing how one of the party’s young, rising stars might be key to reversing Democrats’ fortunes in 2016. Party operatives turned their sights to Kennedy and Rep. Joaquin Castro of Texas as top candidates to potentially take over the DCCC and guide the party forward. One of the primary goals of the DCCC and its counterpart in the upper chamber, the Democratic Senatorial Campaign Committee, is to flip seats held by Republicans.

Kennedy, then 34 years old, was just finishing up his first term in Congress and was seen as a particularly appealing contender given his knack for fundraising, driven by his lineage and last name. The DCCC chair at the time was New York Rep. Steve Israel, who had already declared that he would not continue on for the 2016 cycle. California Rep. Nancy Pelosi, who was expected to be reelected as House minority leader, would get to select the next DCCC chair.

But after Politico reported that party leaders were looking at Kennedy, the Massachusetts representative quickly made clear to House Democratic leadership that he had no interest in a role that would mean dedicating his energy to unseating Republicans.

“It’s an important job,” Kennedy told Boston Globe columnist Joan Vennochi. “But it’s not something that interests me. If I do the job right, I would be finding ways to beat those guys.”

Since joining Congress, Kennedy had been making a point to cast himself as more open to working with Republicans than many of his Democratic colleagues. He was a member of a small 6:30 a.m. exercise group led by Republican Rep. Markwayne Mullin of Oklahoma, and a study from the Lugar Center and Georgetown University’s McCourt School of Public Policy ranked him as the most bipartisan House member in all of New England.

In 2013, amid the federal government shutdown, Kennedy earned headlines for defending his tea party colleagues at a time when many, including President Barack Obama, were describing them as much more akin to extortionists. “They’re people too,” Kennedy said, when asked his opinion of the tea party. “Everyone here got elected. Everyone here got someone to vote for them. Everyone is genuinely trying to do the right thing for the country.” At the time, nationwide public opinion of tea party Republicans had declined precipitously.

Kennedy then proceeded to dismiss the media’s depiction of congressional divisions and said he understood that tea party Republicans are just seeking to represent their constituents who have a different worldview than those who live in Massachusetts. “We talk about the Red Sox, their kids, and whether they’ll have a chance to see them on the weekend,” Kennedy told the Boston Globe. “Regular old things co-workers would talk about.”

When asked about his lack of interest in 2014 to lead the DCCC and if his thinking on partnering with Republicans has evolved, campaign spokesperson Brian Phillips Jr. said in an emailed statement, “Congressman Kennedy’s legislation has always been guided by building relationships with his constituents and learning the needs of his district. In those efforts, he has developed diverse coalitions to deliver on those priorities, including tackling racial inequities in our education and health care systems, building a national manufacturing network, and enacting environmental justice policies. Beyond his efforts in Washington, he has served in a leadership role in the DCCC, campaigned in dozens of Congressional districts, raised millions for Democratic candidates and traveled the country to fight for progressive causes.”

The high-profile race between Kennedy and Markey has grown increasingly competitive in the final days ahead of the September 1 primary. A new poll released on Monday of likely Democratic primary voters found Markey leading Kennedy by 2 points — 44 percent to 42 percent — with 15 percent still undecided. Another poll, conducted by University of Massachusetts Amherst/WCVB and released last week found Markey with a more substantial 15-point lead over Kennedy. Two polls released in early May had shown Kennedy up by 2 points and 16 points, respectively. On Tuesday night, the candidates will face off in their final debate.

Politico reported earlier this week that Markey had raised $1.55 million in the preprimary period, which runs from July 1 to August 12, in addition to the more than $10 million he had raised by the end of June. The incumbent has $3.5 million on hand to spend in the last two weeks. Kennedy had raised nearly $1 million during that same period, on top of his nearly $8 million raised by the end of June. All told, more than $20 million has been raised for this contest.