Thomas Shulick prayed inside a church at the end of July at the Muskegon Correctional Facility in Michigan. He had regularly attended services since joining a faith-based dormitory at the prison for inmates within a few years of their release date. Men from the prison’s other units were also in attendance, all wearing face masks.

Shulick wasn’t concerned about becoming infected by the coronavirus that morning. The Muskegon prison, which has 1,319 beds set up mostly in two-man cells, had remained unscathed by the pandemic, recording zero infections even as the virus ripped through the state’s prison system earlier in the year. More than 5,000 prisoners at other facilities had been infected, and 68 had died.

“We had dodged it so long, and out of a general trust for the administration, I assumed it was safe to go to these programs,” Shulick told The Intercept. But unbeknownst to him, the virus was quietly spreading at Muskegon, which would soon become the site of the state’s worst prison outbreak.

On July 31, after several weeks with no reported new infections across the entire prison system, the Michigan Department of Corrections reported six positive Covid-19 cases at Muskegon. The prison then commenced testing everyone at the facility, sending the number of cases skyrocketing. By late September, 997 prisoners — more than 75 percent of those in custody — had tested positive for the virus, in addition to 27 staff members.

The Intercept spoke with Shulick and two other men at the prison, and collected the accounts of two others. They describe a situation in which the Michigan DOC exacerbated the incipient outbreak from the start, by shuffling prisoners between units in a haphazard attempt to separate the confirmed infected from both the uninfected and possibly infected.

“I feel like this prison had plenty of time to learn from the mistakes of other prisons.”

The institutional errors they cite include the frequent mixing of potentially infected and uninfected prisoners; inadequate sanitation of prison cells between occupants; and at least one improper transfer of a person who was not known to be infected to a unit full of infected prisoners.

That person, Ruben Jordan, tested positive for the virus within days and died two weeks later at a local hospital. His was the first Covid-19 death of a Michigan prisoner since June 2, and the 69th overall. The Michigan DOC confirmed that Jordan, who also worked as a groundskeeper at the prison, had been “inadvertently” moved to the unit for infected prisoners after his roommate tested positive, then sent back to his original unit the same day — potentially carrying the virus with him. Three others who had originally been incarcerated at Muskegon died from the virus in September.

Advocates say that in addition to incompetence by prison staff, the state’s severely overcrowded prison system added to the difficulty of separating prisoners in time to stem the outbreak. And prisoners say these institutional flubs were aided by some correction officers’ callous disregard for their lives.

Cells “Were Not Properly Cleaned”

In response to questions from The Intercept, Michigan DOC spokesperson Chris Gautz said the prison couldn’t verify the source of the outbreak. But because visitors have not been allowed into the prisons since early March and transfers have been rare, it likely came from prison staff, who Michigan Department of Health and Human Services Director Robert Gordon called “the principal vector for Covid-19 to enter a prison facility.” On August 22, well into the outbreak, Gordon issued an executive order mandating that all staff working at facilities with an infected prisoner be tested each week.

Staff at Muskegon weren’t tested for the virus until August 25.

By the time officials there discovered the outbreak, there were so many positive cases that the DOC’s Correctional Facilities Administration deputy director, Ken McKee, decided to quarantine entire units at the prison based on three designations: confirmed infected, confirmed uninfected, and potentially infected (prisoners who’d had close contact with confirmed infected). A Michigan DOC flow chart indicates that infected prisoners are normally transferred to one of several designated facilities, but officials did not follow this protocol at Muskegon because the outbreak was so widespread.

Prisoners who spoke with The Intercept believe that rather than contain the virus, officials’ actions contributed to its spread. In a handwritten letter obtained by The Intercept, one prisoner who had not tested positive for the virus said that he and dozens of others were forced to move from a unit with only two confirmed cases to a unit with more than 50 confirmed cases. The prisoner was transferred to a cell where sick prisoners had been staying less than 24 hours before, he said.

“The majority of rooms we were moved to had positive case people moved out of it the same day, without sanitation of rooms until we were forced to move in,” wrote the prisoner, who did not want his name published for fear of retribution. He wrote that he was provided with rubber gloves and bleach to clean the cell himself — a task normally relegated to cleaning staff.

According to Michigan DOC protocol, officials are “recommended” to close off areas used by ill prisoners and wait up to 24 hours before cleaning and disinfection.

Gautz, the spokesperson, confirmed to The Intercept that some units “were not properly cleaned” but noted that the issue was “promptly addressed to ensure it would not happen again.”

A week after he was moved, the prisoner who wrote the letter tested positive for the virus.

“Hurry Up and Test Positive”

Another prisoner who spoke with The Intercept, Larry Cowan, said that he was moved to a new unit in early August after being informed that he had come into close contact with somebody who tested positive. But rather than being isolated, he was moved to a cell with a bunkmate in a unit with infected prisoners.

“They said we could only shower every other day,” Cowan said. “They were treating us like we’re in the hole or did something wrong.”

Then, he said, prison officials started bringing him back and forth between two units at the prison until he was finally kept in his original unit, which by then had been designated for infected prisoners. Cowan had also tested positive by that point, 10 days after his initial move. For at least one night, the unit was kept on lockdown for 18 hours, and prisoners couldn’t leave their cells even to use the bathroom.

Sick prisoners “were beating on their doors” to use the bathroom, Cowan recalled. They eventually resorted to urinating and defecating in trash bags. “They didn’t tell us why we were being locked down.”

“There’s a feeling among prisoners that the strategy is now just to let it run its course or maybe even help it along.”

Another prisoner at Muskegon, who preferred to use the pseudonym Adam, was transferred out of his unit after his bunkmate tested positive for the virus. When Adam spoke to The Intercept, he was being held at a unit for those suspected of coming into contact with the virus, where prisoners were free to move around in common areas.

“Every time they bring new people in, they are exposing potentially infected prisoners to whole new groups of people,” he complained. “They sent me over here and gave me another bunkmate, so now I’m being exposed to this guy and everyone this guy was exposed to.”

Shulick, the prisoner who’d been at church in late July, was at first moved inexplicably from his unit to another one with his bunkmate. After that bunkmate tested positive for the virus, Shulick was moved again, this time to the same close contact unit as Adam. He hasn’t tested positive but fears it’s inevitable.

“I feel like this prison had plenty of time to learn from the mistakes of other prisons,” he told The Intercept. He says that one guard told him that prisoners in his current unit should “hurry up and test positive” so the prison could resume normal operations without the constant transfers.

“There’s a feeling among prisoners that the strategy is now just to let it run its course or maybe even help it along,” he stated.

The problems at Muskegon were part of a broader year of mishaps by the Michigan DOC to properly handle the pandemic in its facilities.

In April, people incarcerated at four Michigan prisons hardest hit by the virus filed a class-action lawsuit alleging that the DOC neglected to move infected prisoners out of their cells, electing instead to quarantine entire units with both infected and non-infected prisoners.

Prisoners also alleged that officers did not change their clothing in between visits to infected and non-infected units; that they did not make cleaning supplies readily available; and that they did not properly sanitize nurse’s offices.

In June, officials mixed up more than 100 coronavirus test results at the Macomb Correctional Facility, leading them to house infected and non-infected people together in the same units. Several people in custody at the Michigan Reformatory prison facility also reported to The Intercept that the DOC lost track of their tests results, though this doesn’t appear to have seeded an outbreak.

Daniel Manville, the lead lawyer suing the Michigan DOC, said he’s heard “a number of times” that prison officials at other facilities moved prisoners around in a similar fashion as at Muskegon.

“It doesn’t make any sense, because Covid-19 is in the air, it’s on the beds, it’s on whatever [in] the housing unit,” Manville said.

One place where Manville, people in custody, and the Michigan DOC agree is that the prison system’s extreme overcrowding makes it impossible to effectively separate prisoners or practice social distancing. Several factors have contributed to this problem.

The state passed a truth-in-sentencing law in 1998 that mandated people serve their full minimum prison sentence, greatly reducing the number who could be eligible for early release. According to the Michigan DOC, few of its 37,000-plus prisoners are parole-eligible; 4,797 people since March have been released on parole. A lawsuit that aimed to put the repeal of truth-in-sentencing to a ballot vote in November was dismissed by a federal judge in June.

Relief for prisoners at Muskegon and elsewhere in Michigan is not likely to come any time soon.

Manville’s lawsuit stalled after an injunction approved by a U.S. district judge was stayed by the U.S. 6th Circuit Court of Appeals. The stay was prompted after another appeals court denied relief in a similar lawsuit against the federal Bureau of Prisons.

And Michigan Gov. Gretchen Whitmer, who has the power to release prisoners via executive order, has declined to do so and shown no indication of changing her mind. 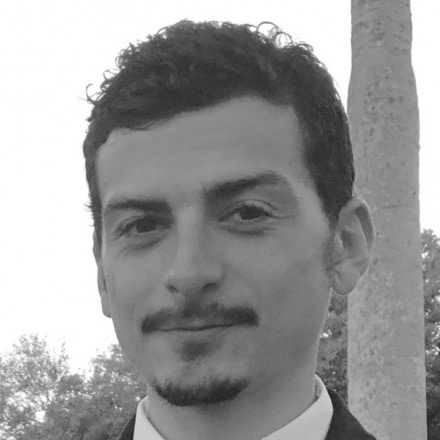