Gov. Andrew Cuomo and his allies are trying to weaken the New York WFP, which is facing the possible elimination of its ballot line. 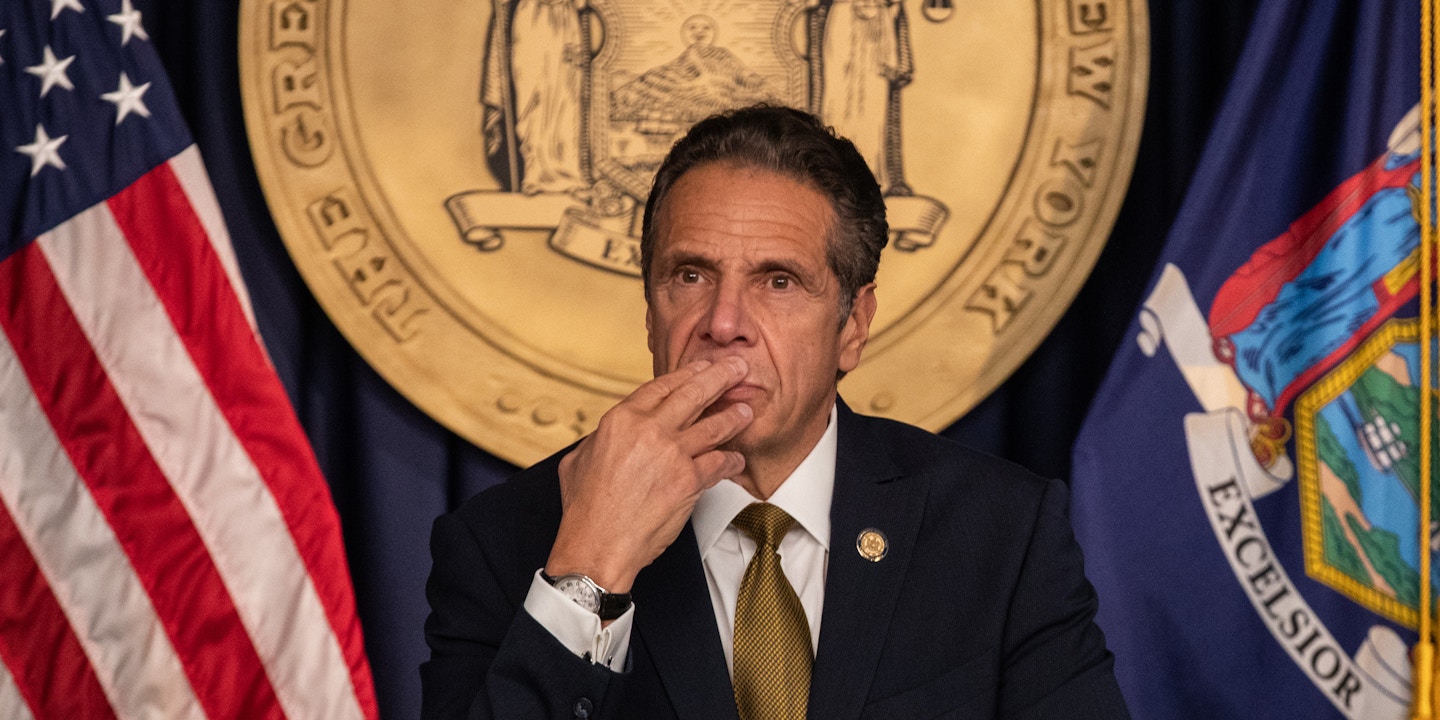 In an effort to protect itself against an assault by New York Democratic Gov. Andrew Cuomo, the New York Working Families Party is calling on New Yorkers to vote for Democratic presidential nominee Joe Biden on the WFP ballot line this November.

The push comes in response to a Cuomo-backed change that requires minority parties to obtain the higher of 2 percent of total voter turnout or 130,000 votes. If the left-leaning WFP fails to meet that threshold in the upcoming election, its ballot line will be eliminated before 2022, when Cuomo is up for reelection. In that case, the party would have to collect 45,000 petition signatures to make the ballot, following a change last year that tripled a 15,000-signature requirement.

In New York, candidates can appear on both the Democratic Party line on a ballot, as well as on the WFP. Several WFP-backed politicians — including Bowman, Jones, state Sen. Alessandra Biaggi, Assembly Member Yuh-Line Niou, state Sen. Julia Salazar, and New York City Public Advocate Jumaane Williams — are now taking part in the group’s campaign to urge voters to save the WFP by voting the WFP line next month.

“New Yorkers need to beat Trump. But we also need so much more than that,” Biaggi says in a 2-minute spot rolled out online on Thursday. The other politicians chime in: “New York was robbed by the coronavirus. Tens of thousands died. Billionaires are getting richer while working people have suffered. But it’s working people who are getting us through the crisis.”

The WFP, alongside other left-leaning electoral groups, has eaten into Cuomo’s centrist base of power in Albany and significantly pushed state politics further left over the last decade. WFP and groups like No IDC NY successfully pushed to disband the state’s Independent Democratic Conference in 2018, a bipartisan scheme that gave Republicans a constructive majority in the state Senate. That year, the same groups helped to replace former members of the IDC with progressives, including Biaggi, who swiftly moved legislation strengthening rights for tenants and voters, and other priorities that stalled for years under the Republican power-sharing agreement that diluted the Democratic majority.

“The party is not just about running candidates and looking at the next cycle. It’s about ensuring that the victories in our elections translate into governance,” said Sochie Nnaemeka, director of the Working Families Party in New York. The ad features the fruits of the WFP project, Nnaemeka said: “electeds who stand as movement leaders. Who are not disconnected from the protests that are happening on the streets, right? They’re pulling the protests into the polls, and that mandate into their governing agenda.” The video is one of many efforts WFP is making to reach voters, Nnaemeka added, “especially progressive voters for whom Biden is not pick one, two, or three. But we know that we need to build a united front to defeat Trump. And we have to do it in a way that sets the progressive movement up for even greater successes. Especially if our communities are in crisis.”

Shortly after the end of the legislative session that saw progressive gains, Cuomo formed a commission to create a new public campaign finance system (it had been tucked into the budget that year). The commission quickly moved toward a seemingly unrelated goal — increasing the threshold for minor parties to qualify for the ballot by threefold: from 50,000 to the greater of 2 percent of total voter turnout, or 130,000 votes. The commission also recommended that parties be required to qualify every two years, instead of every four years under previous election law. Cuomo delegated the commission with power to issue recommendations, which would become binding if the legislature didn’t act within a certain time frame. Those changes went into effect January 1. But in March, a state Supreme Court judge ruled that legislators acted improperly in delegating that amount of power to the commission, putting the new ballot line threshold on hold for this cycle, preserving fusion voting, and pressing pause on new public campaign finance plans for 2022. It was a win for the New York left.

Then, Cuomo added the commission’s recommendations directly to the 2020 budget. Last month, a federal judge in New York’s Southern District Court issued a ruling upholding the party qualification rule change, meaning minor parties including WFP and the Conservative Party of New York, the state’s third largest parties, could lose their line if they don’t meet the new threshold in November.

Of the state’s six minor parties with automatic ballot lines this cycle, the right-leaning Conservative Party is the only group that would likely survive the new threshold, and the only party that consistently gets more votes than WFP. That’s fueled the perception that state Democrats assault on minor parties, which national Democrats have opposed, has a simpler purpose: to eliminate the WFP, even if it gives a leg up to a right-leaning group.