Even as the ban will expire on December 31, some school districts that rely on foreign teachers will still have vacancies next semester. When Darlin Delgado arrived in the Philippines in January, she was there as both an educator and a parent. A high school principal from Rancho High School in Las Vegas, she’d traveled over 7,000 miles in search of qualified teachers for special education students like her son.

“Our mentality when we’re there is hiring the best for all our kids,” said Delgado, who makes this recruitment trip alongside other principals in her district each year. “They have to have a master’s degree and at least three years of teaching experience in the Philippines for them to come — if you’re a special ed teacher trained here in the United States, you don’t have to have that.”

In the United States, special education teachers are in short supply, as they are for other essential subjects like math and science. For years, public school districts in states with low teacher pay across the country have relied on foreign workers for these hard-to-fill positions.

The Clark County School District was on track to bring more than 140 teachers, most of them special education instructors, from abroad ahead of the start of this academic year. Two were headed to Delgado’s school.

But in June, President Donald Trump abruptly froze visas for temporary foreign workers, leaving teachers with pending contracts in limbo. The administration justified the ban by declaring that it would prevent foreign workers from taking American jobs during an unemployment crisis fueled by the Covid-19 pandemic. The move was consistent with previous efforts of White House adviser Stephen Miller — the architect behind the president’s anti-immigration policies —  who has for years sought to eliminate or significantly limit foreign work visas.

Administrators like Delgado were caught off-guard, as they were actively recruiting teachers and already scrambling to adapt to an academic year amid a pandemic. It cut the number of foreign workers hired on the country’s most common teaching visa in half nationwide. The ban added to the country’s growing teacher deficit, leaving many schools with dozens — sometimes hundreds — of unfilled positions at the start of the school year.

Those teachers would have served some of America’s most vulnerable kids, administrators say. “Eighty-eight of the teachers that we had offered jobs to are special education teachers, which is a critical shortage, not only in Nevada, but nationally,” said Jesus Jara, superintendent of the Clark County School District.

The ban on J-1 visas — the federal government’s largest visa program, often used as a tool to recruit laborers for hard-to-fill jobs — is in effect until December 31 and was temporarily blocked by the courts on October 1. The ruling, from federal Judge Jeffrey S. White at the U.S. District Court for the Northern District of California, immediately allowed plaintiffs in the case to begin bringing foreign employees from abroad. But by then, the damage had already been done. Nearly six months after Trump’s announcement, as the end of his term approaches, some of these positions are still open. Other vacancies have been resolved with a Band-Aid solution — through hiring long-term substitutes or unlicensed teachers.

“When the president signed the executive order,” said Jara, “it really closed a teacher pipeline and created vacancies in high-need areas.”

“We Don’t Have the Candidates”

The effects of Trump’s visa ban reverberated through public schools around the country.

In September 2019, the Ector County Independent School District in Odessa, Texas, of “Friday Night Lights” fame, had 69 teachers from the Philippines, India, Spain, and Jamaica in its classrooms. This year, the district planned to add 43 more.

Fifteen hundred miles away in Fayetteville, North Carolina, the Cumberland County district sought to hire 78 new teachers from Venezuela, Colombia, Peru, and Mexico, adding to its roster of more than 300 instructors hired from abroad last year.

And Denver Public Schools, in Colorado’s capital, anticipated bringing on 13 Spanish teachers from the Iberian Peninsula.

Last year, there were 3,454 teachers hired through the J-1 visa, according to Michael J. Cavey, a spokesperson for the State Department, which oversees the exchange program. As of September 2020, when schools launched into their new academic year — many remotely or with hybrid learning — just 1,620 J-1 teachers were in U.S. classrooms.

International teachers already in the United States with existing contracts — a J-1 teaching visa is valid three to five years — were not affected by the ban. But many new would-be teachers who had received job offers from districts across the country never made it to the United States. And there aren’t enough American teachers to fill these open jobs — a combination of increasingly low teacher pay in many districts and fewer young people entering the teaching field after graduating college, school leaders said.

“We’re going to be half the semester in and not have teachers,”said Gerald Hernandez Jr., principal of E.E. Miller Elementary School in Cumberland County, North Carolina, which still had two vacancies for Spanish instruction when the school opened its doors in September. “We don’t have the pool of candidates in North Carolina to fill the positions, so it’s difficult to find someone.” An empty classroom at Walter Johnson Junior High School on the first day of distance learning for the Clark County School District amid the spread of the coronavirus (COVID-19) on August 24, 2020 in Las Vegas, Nevada.

The proclamation was met with resistance from Congress, including Rep. Dana Titus, a former educator and Democrat from Nevada, whose children attend the Clark County School District.

“These teachers aren’t competing with people who want these jobs; they’re filling jobs that are empty, that nobody’s taken, that we need,” Titus told The Intercept. “In the meantime, you’ve got children who are falling behind, especially those with special needs.”

Titus’s office drafted a letter to the president asking that exemptions be made for foreign teachers in Las Vegas.

“They’re letting in health care workers from foreign countries, but not teachers,” said Titus. “It just doesn’t make any sense.”

In Louisiana, officials were flabbergasted by the proclamation. The state, which considers French a “heritage language,” relies on foreign teachers to run classrooms in French-immersion public schools. At the time of the announcement, they had already recruited 73 teachers, set to arrive later that summer and head classrooms of some 2,000 students combined.

“As soon as that proclamation came out, it was immediately clear that this was a huge issue for us in that those J-1 visas are absolutely the ones that we rely on for the teachers who come to work in the French-immersion system across the state,” said Matt Mick, communications officer of the Council for the Development of French in Louisiana, or CODOFIL, a state agency under the Office of Cultural Development.

Since students were already adapting to virtual learning because of the pandemic, administrators were concerned about the potential for even a slight delay in native French immersion. “When you add that on top, you’re looking at a pretty, pretty significant impact,” Mick said.

CODOFIL lobbied the Departments of State, Homeland Security, and Labor for an exception to the ban. The exception was granted in July because of CODOFIL’s existing exchange programs under a bilateral agreement with the French government to bring in workers under the J-1 program. When asked whether any other school districts had been granted a similar exception, a State Department spokesperson said that “districts other than Louisiana public schools hosted J-1 teachers between July 15 and October 1,” but would not specify how many exceptions were granted.

Because of the waiver, 49 French teachers and 21 Spanish teachers were granted visas and allowed to travel to Louisiana in time for the start of the school year. Other districts that were hiring for subjects like mathematics, science, and special education were still unable to recruit from abroad.

“Blow to Our Public School System”

Some schools opted to hire less qualified or unlicensed teachers to alleviate the gap created by the loss of this foreign teacher pipeline.

“That’s the compromise I had to make,” said Hernandez of North Carolina. “I’m not hiring a certified candidate, I’m hiring somebody that pretty much qualifies to be a teacher assistant.”

Joseph Uy, principal of Gwendolyn Woolley Elementary School in Clark County School District, who had traveled to the Philippines with Delgado, has filled his open positions with long-term substitutes in the past. These teachers, however, don’t have the experience of the foreign teachers he planned to hire and require assistants to keep up with the needs of the students, he said. “I’m having three people do the job of one.”

Delgado knows firsthand how disruptive an inconsistency in the classroom can be for students like her son. Before the district started recruiting teachers under the J-1 program in 2017, her son spent several years in elementary school under instruction of a long-term substitute. “Obviously as a parent, I can tell you that that’s a challenge for a student that has special needs,” she said. “You need routines.”

The October 1 ruling reversing the ban made it possible for some districts to hire teachers that will be in U.S. classrooms by January.

But this late in the school year, bringing over enough teachers remains a challenge. About 40 of the teachers the Clark County School District originally planned to hire declined their delayed offer to teach in the United States.

The district will still have more than 150 vacancies when students return from winter break, according to administrators.

“[The decision] was a real blow to our public school system,” said Jara, the school’s superintendent. “And ultimately, it’s negatively impacting our children.” 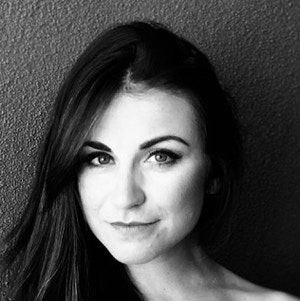