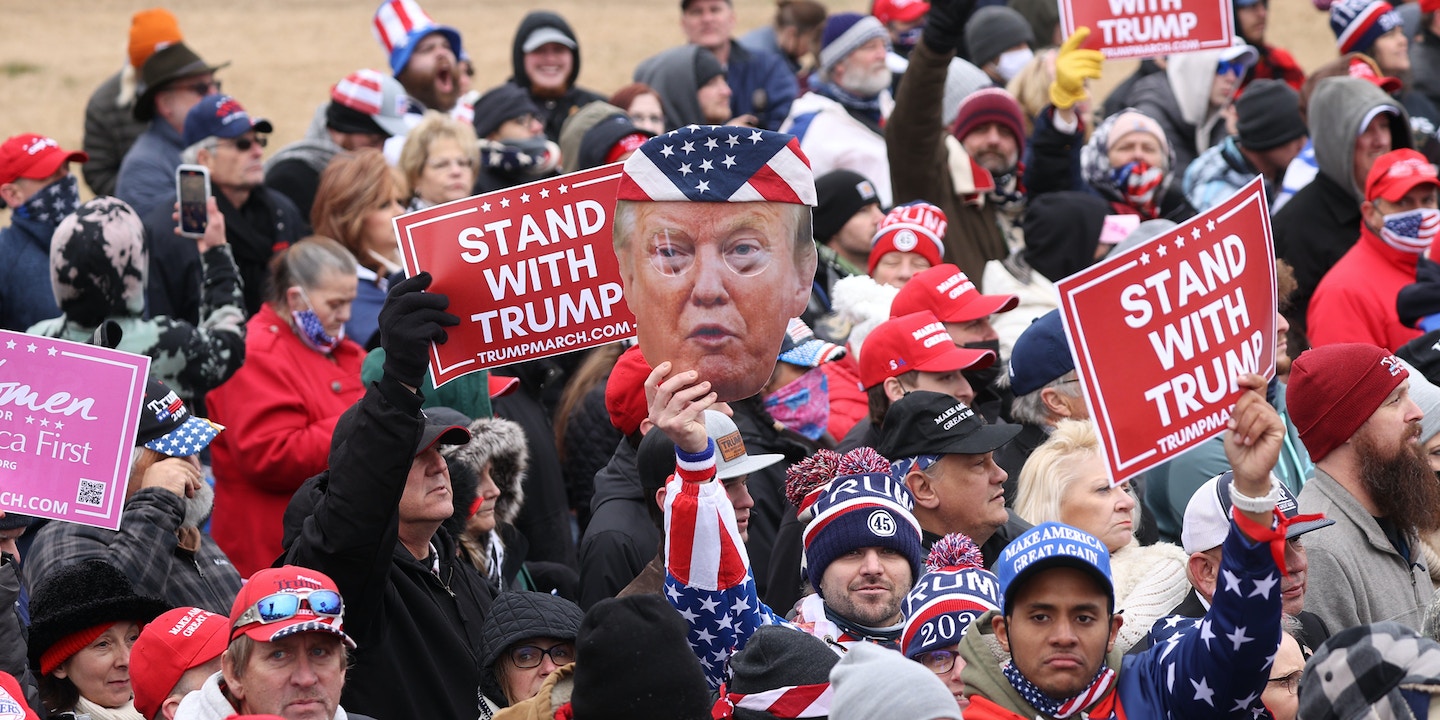 Donors to the Tea Party Patriots Foundation, one of the groups that helped organize the January 6 rally preceding the deadly attack on the U.S. Capitol, include the Jewish Community Federation and late billionaire Republican donor Sanford Diller, according to a 990 form submitted to the IRS by the tax-exempt nonprofit in 2019.

The right-wing organization was listed on the March to Save America website alongside groups like Stop the Steal, Turning Point Action (an affiliate of Turning Point USA), and Women for America First, according to a report last week from Documented, a watchdog group that investigates corporate influence. The March to Save America website is down, but archived versions list several participating organizations. Supporters of President Donald Trump gathered for a mass event outside the Capitol last week, aiming to coincide with challenges to Joe Biden’s Electoral College victory. The rally culminated in a mob attack on the Capitol that left five people dead.

The Tea Party Patriots’ tax filing was obtained by Eli Clifton, the a senior adviser at the Quincy Institute for Responsible Statecraft, who shared it with The Intercept. 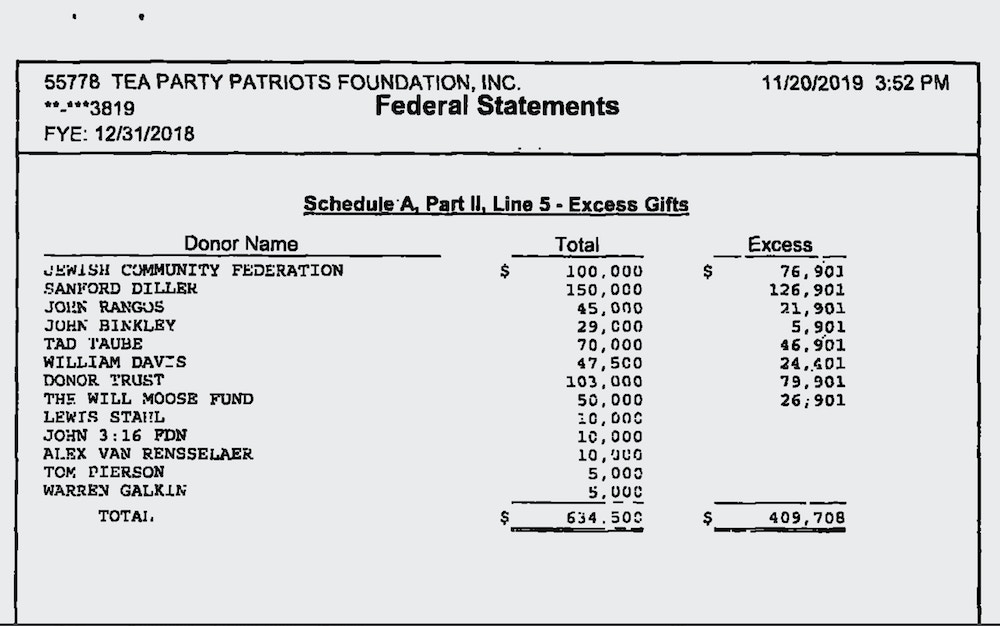 A screenshot of a tax filing showing donations to the Tea Party Patriots Foundation, one of the groups that organized the “March to Save America” rally that led to the Capitol insurrection.

The Intercept sought to reach out to people listed on the form. The form lists a person named Lewis Stahl and a man by that name is in prison for tax evasion. There was no available contact information for the Will Moose Fund or the John 3:16 FDN.

DonorsTrust, a little-known organization that has funneled hundreds of millions of dollars into right-wing causes over the years and given wealthy contributors the ability to do so anonymously, donated to the Tea Party Patriots a total of $103,000, according to the filing. DonorsTrust has bankrolled a range of causes in the conservative movement, from climate change denial to the right’s attacks on organized labor. Wealthy conservatives use these tax-exempt charities and similar organizations — known as “donor-advised funds” — as a go-between to pump money into controversial groups and causes since they can direct their donations without legal obligations to name their donors. (DonorsTrust did not respond to requests for comment.)

The Jewish Community Federation and Endowment Fund was among the biggest donors on the Tea Party Patriots list, giving the group a total of $100,000. The Jewish Community Federation, which also functions as a donor-advised fund, previously contributed $15,000 to Turning Point USA. In a now-deleted tweet, Charlie Kirk, leader and founder of Turning Point USA, claimed that Turning Point Action would be sending more than 80 buses “full of patriots” to the Washington rally.

Of the Tea Party Patriots donation, the Federation said in a statement, “This was a grant made in 2017 by the Jewish Community Federation and Endowment Fund to support a donor’s philanthropy. We conducted due diligence prior to approving the grant to ensure the grantee was a qualified 501(c)(3). We have not received a grant request for this organization since 2017.”

While the donations from these funds aren’t direct, donor-advised funds still have the power to vet contributions. “Donors can only make non-binding recommendations” from their fund, according to JCF’s fund policies, and “they cannot control when and how the Federation will make grants nor control decisions about which grantees will receive funding.”

The form said a person named Tad Taube donated $70,000 to the Tea Party Patriots, and a philanthropist from the San Francisco Bay area with that name did not respond to requests for comment. John Binkley is listed as giving $29,000. John Binkley from Alaska, a Republican former state senator who launched a failed gubernatorial run and served as one of the state’s three electors to the Electoral College, denied that he had made any donations to any Tea Party groups. And Sanford Diller, a billionaire Republican donor who died in February 2018, made the second-biggest contribution on the list at $150,000.

Martin, the Tea Party Patriots co-founder, tweeted late last year that she would be speaking at the “Stop the Steal” rally and promoted the event in the weeks leading up to it. She called for “peaceful” protest as the rally became violent. A few hours earlier, Martin had tweeted, “We will not allow them to steal this election!” — though the tweet did not name the perpetrators.

The Tea Party Patriots, which was formed in 2009 and describes itself as the “nation’s largest grassroots Tea Party organization,” is funded by two nonprofits and a political action committee.

Update; January 13, 2021, 11:45 a.m. ET
This story has been updated to include a statement from Tea Party Patriots co-founder Jenny Beth Martin that was made after the piece’s publication.