Amid a rush of deportations, four detainees at two different ICE detention centers said that guards threatened to put them in Covid-19 wards. 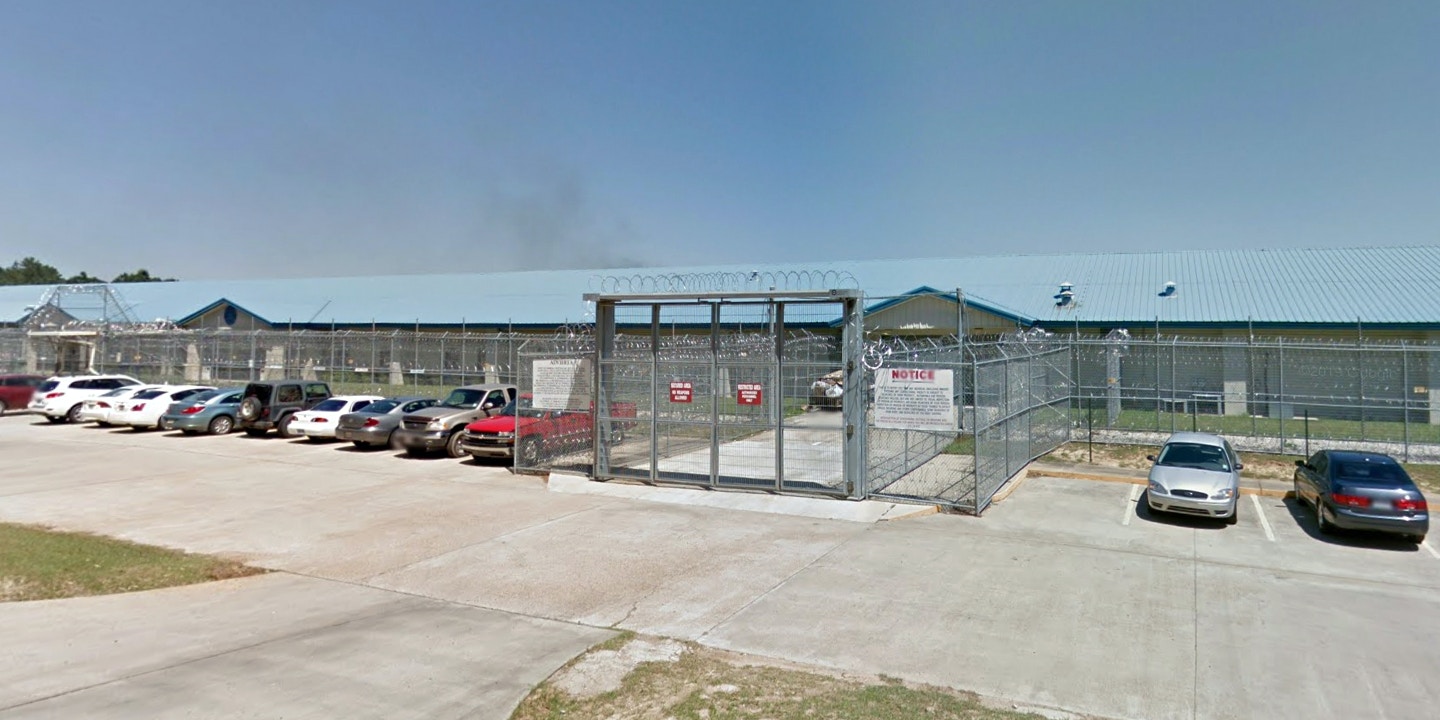 Three Cameroonian asylum-seekers locked up at the Pine Prairie ICE Processing Center in Louisiana say that a U.S. Immigration and Customs Enforcement guard threatened to expose them to Covid-19 if they failed to obey his orders and submit to a transfer. The guard made the threat clear, Clovis Fozao, one of the detained men, told The Intercept: If the detained migrants didn’t submit, they would be transferred to Bravo-Alpha, the detention unit where coronavirus-positive detainees are held in quarantine.

“They said they were going to put all of us into Bravo-Alpha, which is for quarantine, where they keep everyone with coronavirus.”

“They were forcing us out of the dorm, pushing and dragging us,” Fozao said, explaining the altercation when the guards tried to force them to submit to the deportation. “They threatened to call the SWAT team. They said they were going to put all of us into Bravo-Alpha, which is for quarantine, where they keep everyone with coronavirus.”

The Pine Prairie facility, which is operated by the private prison firm GEO Group, currently has 21 confirmed coronavirus cases, according to ICE’s own tracker.

After the threat of contagion, guards forcefully dragged and pushed the group of Cameroonian asylum-seekers — five in total — yelling at them and repeatedly threatening them in an attempt to begin the deportation process, three of the detainees involved told The Intercept.

In a statement, ICE said that it takes allegations of misconduct seriously and, when reported, will conduct investigations. “Allegations of misconduct by ICE employees or contractors are reported to ICE’s Office of Professional Responsibility (OPR) and are reviewed by the Department of Homeland Security (DHS) Office of the Inspector General (OIG),” an ICE official said. “ICE is firmly committed to the safety and welfare of all those in its custody.”

All five of the men had spent over a year in detention, said the three asylum-seekers, after fleeing a brutal and homicidal regime in Cameroon that has been targeting protesters supporting, or even adjacent to, the Anglophone separatist movement. In recent years, there have been massacres and mass atrocities in Cameroon — what some observers are calling a genocide — sparking increasing numbers to flee in search of safety. Nonetheless, the U.S. grant rate of asylum applications for Cameroonians plummeted over the last year and, as recently as last November, Cameroonians were deported en masse. Some of the deported were detained and tortured upon arrival back in the country, according to returned asylum-seekers I’ve spoken with.

After the threats and the assault, Fozao and the others gave up and submitted to the transfer. “What could we do?” he said. “There were so many more of them than us.”

The men said that they were crammed into a van with other detainees and taken to a staging center in Alexandria, Louisiana, where migrants are often grouped together before a deportation flight. There, they were again forced into overcrowded conditions where it was impossible to socially distance. There were about 100 people in one room, estimated one of the detainees, who spoke with The Intercept on the condition of anonymity for fear of reprisal.

After an affidavit submitted by a coalition of immigrant advocacy groups was delivered to the Department of Homeland Security’s Office of Inspector General, the deportation flight was canceled, as first reported by The Guardian. The letter lists a host of violent tactics ICE officials used to pressure the detainees to submit to their deportation, alleging that they engaged in torture. The threats of exposing detainees to Covid-19 are being reported here for the first time.

“ICE has the utmost confidence in the professionalism of our workforce and their adherence to agency policy,” the ICE official said in the statement to The Intercept. “However, ICE has decided to cancel a Feb. 3 flight to allow any potential victims or witnesses an opportunity to be interviewed, and will conduct an agency review of recent use-of-force reports related to individuals on this flight, and issue any additional guidance or training as deemed necessary.”

Two days after taking office, President Joe Biden issued a 100-day deportation moratorium, one of his central campaign promises for immigration policy. The administration committed to “review and reset enforcement policies” as deportations were on temporary hold. Four days after it was signed, a judge in Texas granted an injunction on the moratorium, based on a lawsuit brought by the state of Texas. Though some expect the injunction to be lifted, ICE wasted no time in ramping back up its deportation machine.

As part of the same rush to continue deportations, Jusiel Mendez, a Cuban asylum-seeker being held in Etowah County Detention Center in Gadsden, Alabama, said that this week he and a group of other Cuban asylum-seekers were also being threatened with exposure to Covid-19 if they didn’t sign their deportation orders. Mendez told The Intercept that a ranking official at Etowah, who he called a “captain,” threatened to expose the group to the virus.

“They were threatening to take us to the place where people go who have Covid.”

“They were threatening to take us to the place where people go who have Covid,” said Mendez, referring to the quarantine unit. Mendez himself had previously caught Covid-19 in Etowah, reporting symptoms including lasting shortness of breath, but said it was a relatively light case. He and other detainees balked at the threat. “I can’t breathe, and they still don’t listen to me,” he said.

Mendez described the medical conditions and the facility’s response to the pandemic as abysmal. This week he had asked for a new mask after losing his, Mendez said, and was told that they had none: “The guard pointed to the empty box, and said, ‘No masks.’” Mendez said he still struggled to catch his breath sometimes and was shocked at the treatment he and others received.

Two of the men held in Pine Prairie who were threatened with Covid-19 exposure were especially vulnerable: Fozao has hypertension, and another of the detainees, who requested anonymity for fear of retaliation, said he had asthma. The asthmatic detainee told the guard he was at high risk for contracting Covid-19. “They don’t care,” he told The Intercept.

Fozao, who has been detained for 18 months, said that some of the guards had claimed that the “coronavirus is fake. It’s not real.” He added, “The way they manage Covid is very bad. I mean very, very bad.”

Both Pine Prairie and Etowah have come under fire for their dangerous mismanagement of Covid-19, with detainees in Etowah being punished for asking for a Covid-19 test.

“They’re going to put me in solitary for this, for talking,” Mendez told The Intercept. “But I want people to know. What are they going to do, kill me? Maybe.”