The bill is the most crucial legislation considered by Congress in decades and would change the core structure of U.S. politics. 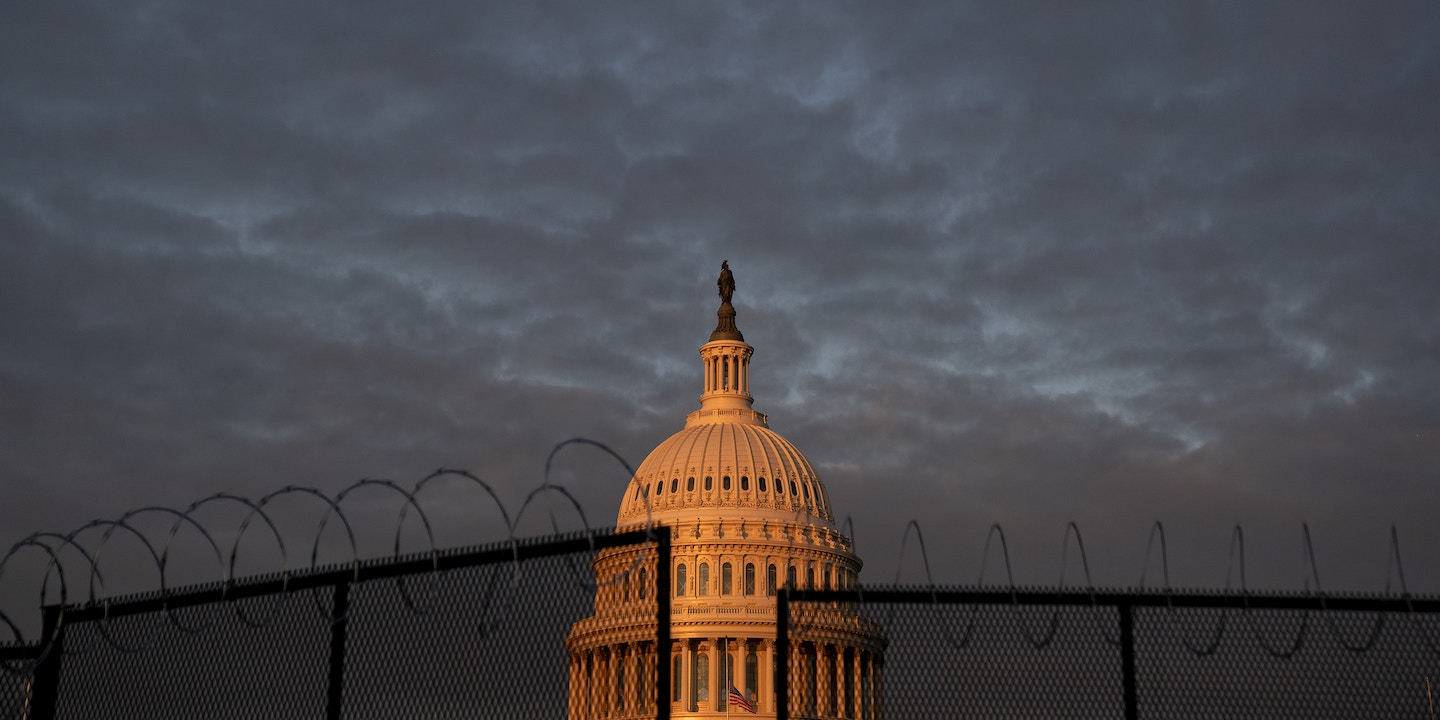 Since the 117th Congress was convened on January 3, over 2,000 bills have been introduced in the House and Senate. But the very first legislation proposed by the Democratic Party majorities in both chambers — making it both H.R.1 and S.1 — is the “For the People Act” of 2021.

This is appropriate, because the For the People Act is plausibly the most important legislation considered by Congress in decades. It would change the basic structure of U.S. politics, making it far more small-d democratic. The bill makes illegal essentially all of the anti-enfranchisement tactics perfected by the right over the past decades. It then creates a new infrastructure to permanently bolster the influence of regular people.

The bill’s provisions largely fall into three categories: First, it makes it far easier to vote, both by eliminating barriers and enhancing basic outreach to citizens. Second, it makes everyone’s vote count more equally, especially by reducing gerrymandering. Third, it hugely amplifies the power of small political donors, allowing them to match and possibly swamp the power of big money.

There’s a popular, weary American aphorism (often attributed to the anarchist Emma Goldman, although she apparently did not say it): “If voting could change anything, it would be made illegal.” The meaning is always taken to be that voting is pointless.

However, the past decades of U.S. politics demonstrate that this saying is accurate — but in fact its meaning is exactly the opposite. We can gauge how much voting can change important things by the lengths to which America’s conservatives have gone to make voting difficult for the wrong people.

The For the People Act would require states with voter ID requirements to allow people to vote without identification if they complete a sworn statement attesting that they are who they say they are. It would make it impossible for states to engage in bogus purging of voter rolls. States could no longer stop people with felony convictions from voting after they’ve served their time — and would be required to inform them in writing that they now can vote again.

The act would then create what the U.S. has never had: a functioning, modern voting infrastructure. America is almost alone in its bizarre, two-step process in which citizens must register to vote, and then vote. And only two-thirds of the U.S. voting age population is in fact registered. In comparable countries, voting registration is automatic: You don’t have to do anything first, you just show up and vote. The For the People Act would make voter registration near-automatic here too, and anyone who fell through the cracks would be able to register and vote on Election Day.

America is almost alone in its bizarre, two-step process in which citizens must register to vote, and then vote.

The bill would also require states to allow a minimum of two weeks of early voting, for a minimum of 10 hours a day. All eligible voters could vote by mail for any reason. And to ensure voters can be confident that elections are secure and that their votes will count, all states would be required to conduct elections via paper ballot.

Thanks to Republican success at creating gerrymandered congressional districts, Democrats can win the majority of the popular congressional vote in many states while only garnering a minority of the state’s seats in the House of Representatives. With the once-every-10-years redistricting coming, and the GOP’s 2020 success in state legislatures that control redistricting, the situation is set to become even more lopsided and fundamentally unfair. If nothing changes, it’s almost certain that Democrats will lose the House majority in the 2022 midterms, even if they get the most votes.

The For the People Act would head this off at the pass, requiring states to create independent commissions to conduct redistricting.

While it’s forgotten now, Watergate was, among other things, a campaign finance scandal. The bill of particulars supporting President Richard Nixon’s articles of impeachment mentioned the chair of the board of McDonald’s bribing his reelection campaign with $200,000, in return for permission to raise the price of the company’s Quarter Pounder cheeseburger.

Shortly after Nixon’s resignation, Congress passed extensive campaign finance reforms, which placed limits on contributions to campaigns as well as campaign expenditures. The Supreme Court struck down the limits on campaign expenditures in 1976. Then the Citizens United case in 2010 and related decisions made unlimited contributions possible to super PACs, as long as everyone pretended the super PACs and formal campaigns were separate and uncoordinated.

The For the People Act accepts that it will be difficult to reverse these decisions for the immediate future and addresses the problem from the opposite direction. Instead of placing limits on big money, it multiplies the power of small money.

Under the bill, candidates for congressional office could opt into a system that would provide matching funds for small donations. To qualify, the candidate would need to raise $50,000 from at least 1,000 individuals; take no more than $1,000 from any contributor; and spend no more than $50,000 of their own money.

In return, all donations to the candidate up to $200 would be matched with public funds at a 6 to 1 ratio. Thus if you gave $10 to someone running for Congress, they would receive that plus another $60, totaling $70.

Right now, says Rep. John Sarbanes, it is only worth a candidate’s time to attend a fundraising event if they will receive at least $10,000 in contributions.

Maryland Democratic Rep. John Sarbanes, the House sponsor of the For the People Act, has explained — based on his own experience and what he’s witnessed of his colleagues’ behavior — how this would change the core incentives for politicians. Right now, says Sarbanes, it is only worth a candidate’s time to attend a fundraising event if they will receive at least $10,000 in contributions. There’s therefore no point in going to a house party with 30 constituents each ponying up $50 for a total of $1,500. Instead, they’ll head to events organized by D.C. lobbyists, who will each write big checks.

But with 6 to 1 matching funds, the same constituent house party would generate $10,500 — $1,500 from individuals, $9,000 from the government (also known as “the people”) — suddenly making it worth a politician’s while. That’s not all, however: Sarbanes points out that from a candidate’s perspective, such an event would actually be more valuable than a K Street fundraiser, because attendees “can vote, they can donate, they can volunteer, they can rope their friends in. You’re creating an active, engaged group of people around your campaign. That can be worth 2 to 3 points, that’s the difference in a close election.”

So this would make it possible for candidates to spend their time with actual voters and listen to their concerns and needs to a far greater degree than they do now. But it should also have a significant effect on voters themselves. Right now, non-billionaires are well aware that their vote or $25 contribution has little impact on politicians. Why bother participating at all? But if you and each of your friends can turn $25 into a $175 contribution, political participation is suddenly much more rational.

This is especially true because the bill’s matching funds would also be available for primary campaigns. This would greatly erode the safety of incumbents and give normal people many more opportunities to participate in genuinely competitive elections.

The For the People Act also includes a huge number of other positive measures. It would reform the Federal Election Commission, which is now all but toothless, letting campaigns commit obvious violations of the law. It would lessen the power of super PACs. It would create a code of ethics for the nine Supreme Court justices, something which, incredibly enough, has never existed in U.S. history.

If the bill passes with its main provisions intact, a new era could dawn with a creative, lively, nationwide progressive movement. (Conversely, those provisions would also empower authentic grassroots conservative movements, if any truly exist.) Policies supported by the majority of Americans — on health care, the climate crisis, taxes, unionization — could finally become law. Millions of new people could be permanently drawn into public life, because they would see in concrete ways that their involvement could change the country.

Without such a law empowering democracy, it’s unlikely any of that will ever happen. And the Democratic majority in the House will almost certainly be extinguished in the 2022 midterms, blocking the bill for the foreseeable future.

It’s difficult to believe, based on its lamentable history of squabbling and in-fighting, that the Democratic Party will manage to hang together and pass a significant bill that’s both in their own obvious self-interest and in that of the country. But stranger things have happened, such as the fact that the For the People Act has gotten this far in the first place.