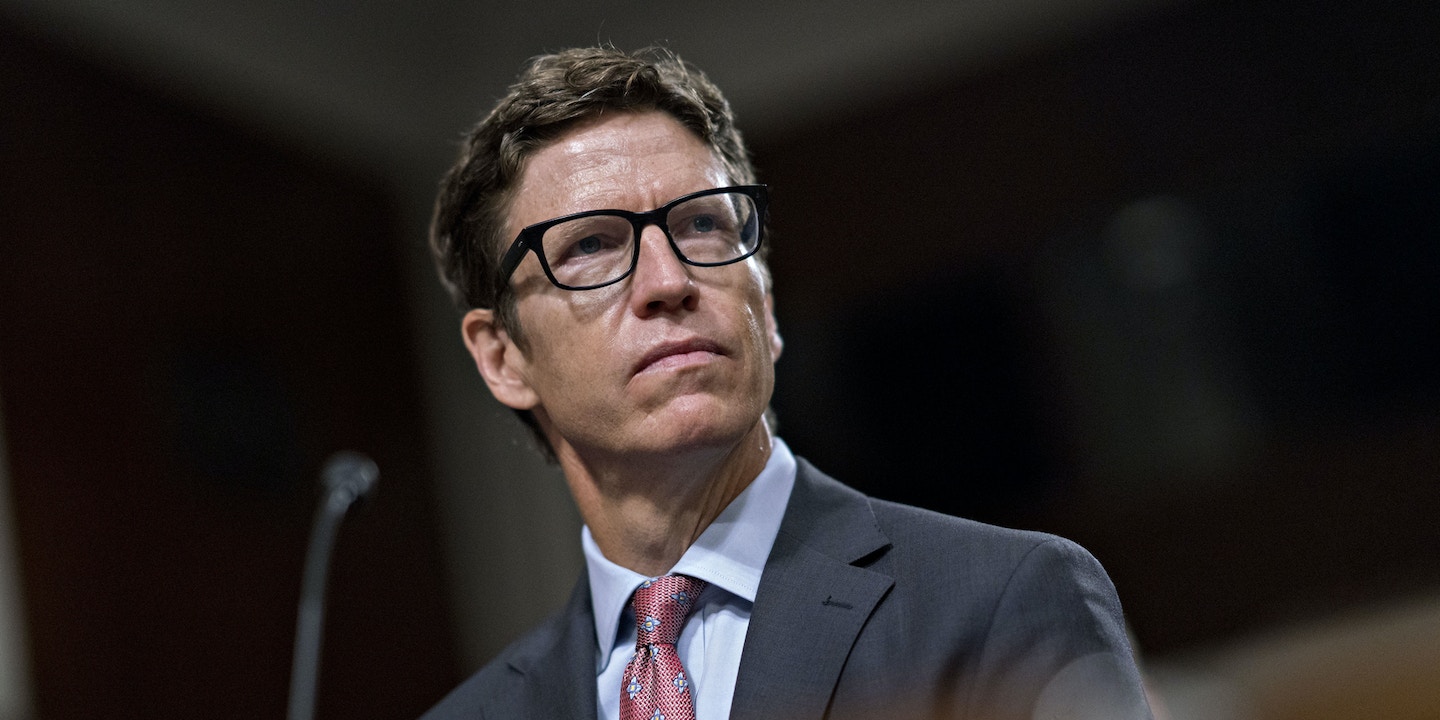 Andrew DeVore, an Amazon vice president and associate legal counsel who manages the company’s “labor and employment” issues, has resigned from the board of the American Constitution Society. His resignation represents a sharp turnaround from a few months ago, when the liberal legal organization voted to renew DeVore for a second three-year term.

ACS, which was founded in 2001 to help create a pipeline of liberal judges and act as a counter to the conservative Federalist Society, faced growing pressure throughout 2020 to cut ties with DeVore and condemn Amazon for its anti-union practices. In the spring, DeVore’s boss, Amazon general counsel David Zapolsky, had urged colleagues to tell reporters that, among other things, a fired worker who protested the lack of Covid-19 safety protections in a Staten Island warehouse was “not smart or articulate.”

In response, a number of left-leaning groups, including attorneys and law students affiliated with ACS, sent a letter to ACS’s president, Russ Feingold, and the ACS board of directors protesting DeVore’s leadership role and calling for his immediate resignation. But the organization did not call for his resignation and six months later voted to extend his leadership position. At the time, ACS told The Intercept that DeVore, who had served on the board since 2017, was an engaged board member and that they saw him as helping to bring “a diversity of experiences” to the organization.

In a letter sent to New York University ACS student leaders on Friday, Feingold confirmed that DeVore had resigned. “Andrew is a principled person, his Board participation was exemplary, and we benefited greatly from his service,” Feingold wrote. “We are grateful for his dedication to the organization.”

Feingold’s letter did not say why DeVore had resigned. But since December, when ACS publicly reaffirmed its support for the Amazon executive, a major unionization campaign at an Amazon warehouse in Bessemer, Alabama, has picked up national attention. The company has been fighting the union effort aggressively, including hiring a $3,200-per-day consultant to dissuade the some 5,800 workers there from voting for a union.

ACS has resisted pressure from its membership to speak more forcefully about Amazon’s labor practices for most of the coronavirus pandemic. In April, amid public backlash to Amazon’s warehouse conditions, ACS released a statement reiterating its support for workers’ rights but did not specifically mention Amazon by name. Amazon is listed as a 2020 corporate sponsor on ACS’s website, though how much the company has donated to the nonprofit organization is unknown.

“I think it was very concerning that ACS as a progressive organization won’t make a statement that specifically calls out Amazon and its bad track record,” Hooman Hedayati, a member of the Washington, D.C., ACS chapter board told The Intercept in December. “It makes me question to what degree they’d really be willing to speak up in support of the labor movement.”

In late January, a virtual panel hosted by ACS chapters at Harvard, New York University, and Yale was titled “Corporate Influence in Progressive Legal Spaces: Why Is an Amazon Lawyer on the American Constitution Society’s Board of Directors?” Among other legal activists, the event featured former Amazon worker Christian Smalls, who was fired last March for protesting warehouse conditions.

Eight days after the virtual panel, ACS released its first statement directed at Amazon. “The American Constitution Society encourages all employers, including the Amazon Corporation, to respect the right of workers to collectively bargain and to follow the law in remaining neutral as to their employees’ decision to unionize or not,” Feingold wrote in the statement. “The upcoming unionization election at an Amazon plant in Alabama is scheduled to occur on February 8, and there have been concerning news reports outlining anti-organizing actions by the company. We are also disturbed by first-hand accounts of mistreatment of Amazon workers, particularly in the midst of the pandemic.”

Voting for the Bessemer warehouse union began February 8 and will continue through March 29. It is the first union election for the company in the United States since about two dozen Delaware warehouse workers rejected forming a union in 2014.