Democrats capitulated to a ruling by a Senate staffer, the body’s parliamentarian, the first time around. 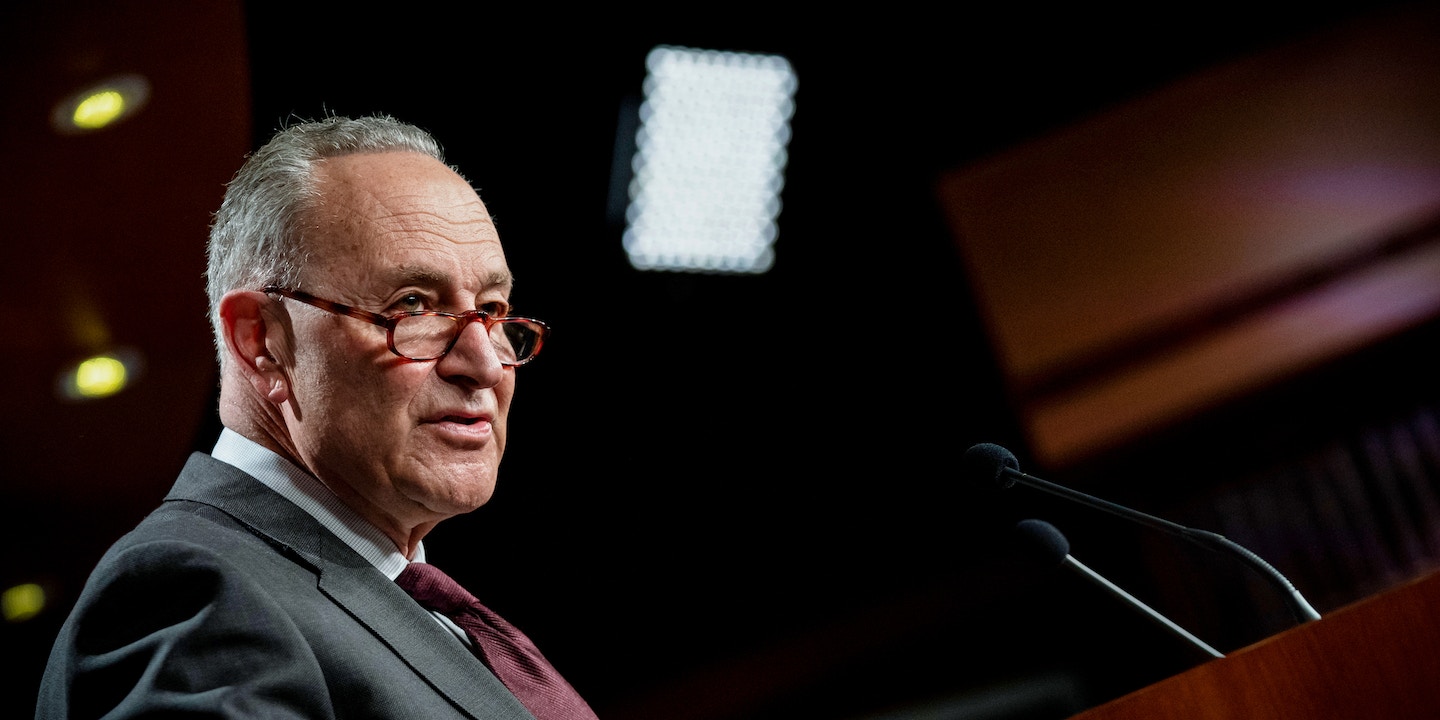 Senate Majority Leader Chuck Schumer is considering putting a $15 minimum wage into the next reconciliation package, which will be focused on infrastructure, multiple sources familiar with the New York senator’s thinking told The Intercept.

Senate Democrats attempted to include the wage hike in President Joe Biden’s Covid-19 relief package, but the Senate parliamentarian ruled it was out of order, and Senate Democrats allowed that ruling to stand. An effort to overturn the ruling, which required 60 votes, garnered just 42.

Schumer has suggested to progressive groups that there is a glimmer of hope that the parliamentarian would rule differently this time: The new legislation is focused on infrastructure, and setting wages is directly related to the budget impact of any infrastructure spending. If there’s even a small chance of it working, he reasoned, it’s worth the fight.

Schumer, though, is encountering resistance from some backers of increasing the minimum wage, who argue that attempting to include it is doomed to fail just as it did last time, and in the process it will trigger another wave of indignation from the public at the failure. Debate over the $1.9 trillion relief package was consumed in its final days by anger over the lack of inclusion of the wage hike, with pressure on progressives to vote it down.

Internal congressional critics of the Schumer idea argue that the link between the policy and whether it clears reconciliation is irrelevant — after all, Republicans included drilling in the Arctic in Trump’s tax cut legislation, two policies that had nothing to do with each other — and that the parliamentarian is likely to rule the same way again. Taking another run at it, for some in the Senate, recalls a favorite maxim of Minority Leader Mitch McConnell, R-Ky., who would often say, “There’s no education in the second kick of a mule.”

Sources familiar with Schumer’s thinking say that he is buoyed by the fact that the parliamentarian’s ruling was just one line long, meaning it didn’t offer any analysis that could be read as precedent. That the parliamentarian’s analysis of the question was just one line long rankled some Senate Democrats, given that the parliamentarian, Elizabeth MacDonough, is a staffer and her role is supposed to be advisory. It would be as if a president asked for an analysis on whether waterboarding was within the executive’s authority and the legal counsel responded with a one line memo either up or down. Putting the minimum wage question back to MacDonough might force a more serious grappling with it — or it could result in a copy-and-pasting of the original rejection.

The idea is also to continue pushing on all fronts — filibuster reform and a series of new reconciliation bills — until the party finds a soft spot in the line to push a higher minimum wage through.

By pushing for multiple rounds of reconciliation, Schumer would also perhaps be strengthening the case for reform of the filibuster by once again establishing the 50-vote threshold as the standard way of passing major pieces of legislation. Once it becomes standard for the Senate to make decisions with a majority vote rather than 60 votes, it becomes harder to justify maintaining the current rules for some legislation but not for other pieces. And the cumbersome reconciliation process would feel pressure under the weight of its own absurdity. At the same time, the creative exploration of new procedural maneuvers worries backers of the fight against the filibuster that the party leadership lacks confidence in the ability to get it done.

The Senate still needs to lock down 50 votes in support of hiking the wage, however. Of the eight Democrats who voted no last time around on overruling the parliamentarian to enact a minimum wage, most are assumed to be gettable in a clean vote, though doing so could mean giving ground on the tipped minimum wage, a key priority of the National Restaurant Association. That would still leave Sens. Joe Manchin, D-W.Va., and Kyrsten Sinema, D-Ariz., but there is hope that a package of small business tax credits, which would subsidize the wage increase, could get them there. There is also talk of including the measure in other must-pass pieces of legislation, creating a process where there wouldn’t be a standalone vote on the minimum wage but rather on the entire package, Senate sources said.