Michael Pitre spent Christmas Eve in a frigid cell in the Sacramento County Main Jail. Wrapped in a blanket that hadn’t been replaced in weeks, he thought back to previous holidays that he had spent with his two daughters. But now, with his unit under strict lockdown due to an outbreak of Covid-19, all Pitre could do was lie on his bed and cry. To make matters worse, he said, he had not been allowed to shower since he was booked into the facility on December 2.

In total, Pitre said he went six weeks without a shower, nearly the same amount of time he went without speaking to his daughters over the phone. After spending two weeks in near-total isolation in an intake cell, where he was allowed out only for occasional calls with his attorney, Pitre was moved to a two-person cell. His cellmate had also been denied access to a shower, and the two men splashed water onto their bodies from the sink in a humiliating daily ritual that did little to alleviate the pungent odors that filled the cell.

In January, when over 700 people incarcerated at the jail contracted Covid-19 in less than a month, Pitre said that he started to display symptoms, describing aches, pains, and shortness of breath. Despite filing multiple medical requests, he said, he was given only Tylenol by jail staff, many of whom refused to wear masks. When Pitre tested positive, according to his attorney Megan Hopkins, his requests for medical evaluation went ignored. “They’ve moved him multiple times, and they won’t even replace the blankets he was using when he had the virus,” said Hopkins. “It took weeks for them to even give him an inhaler for his asthma.” 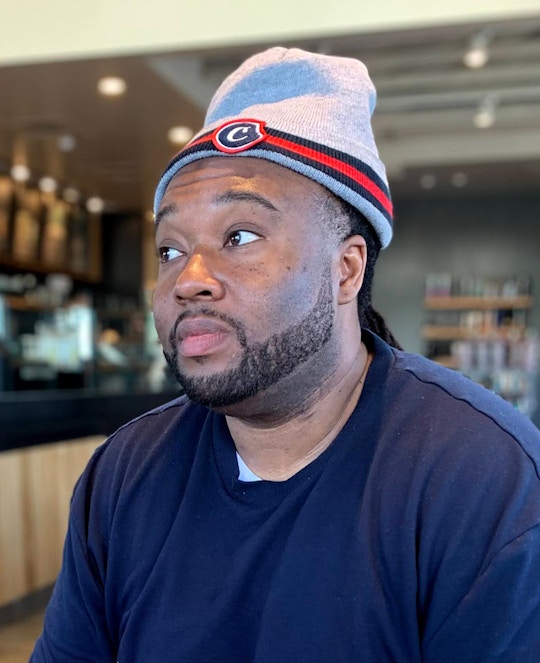 Sgt. Rod Grassmann, a spokesperson for the Sacramento County Sheriff’s Office, stated that “all inmates have access to medical care” and denied that staff at the jail were not complying with mask rules. While Grassmann disputed the exact length of time that Pitre had gone without access to a shower, he confirmed it was a period of several weeks. He noted that on January 8, the jail changed its practice of denying showers to people in intake observation or quarantine. “As with all policies throughout the pandemic, we are constantly reviewing and ensuring we are operating as safely and efficiently as possible,” he wrote.

But as Hopkins pointed out, the jail’s shower policy had long been an issue of dispute between the sheriff’s office and attorneys monitoring compliance with a settlement resulting from a class-action lawsuit over conditions at the facility. Attorneys representing people in custody at the jail raised the issue in May 2020; five months later, a court-appointed medical expert wrote that while the sheriff’s office justified the policy in the name of fighting the virus, it was in direct contravention of the recommendations of the Centers for Disease Control and Prevention. It was only after attorneys threatened to escalate the issue in federal court that the sheriff’s office issued a directive to restore shower access.

As the virus spread through California’s jails, those charged with the protection of people in custody have responded with draconian measures that exact a heavy psychological toll, incarcerated people and their loved ones told The Intercept. Meanwhile, apathy and neglect from staff members undermine the sacrifices made to contain the pandemic.

“They don’t communicate with us at all. All around you people are getting sick, and they don’t give us any information,” said Jose Armendariz, who is incarcerated at the Theo Lacy Facility in Orange County. “Our lives are in their hands, but they don’t even recognize us as human beings. They don’t care if we live or die. So many people have expressed suicidal thoughts.”

They Believe He Deserves This

Since the pandemic began over a year ago, advocates of criminal justice reform warned that unless steps were taken to reduce the size of California’s swollen incarcerated population, carceral facilities would inevitably become hotspots for the virus. Their concerns have largely been validated: Social distancing has proved to be a fantasy, and even those in the single-person cells of death row have not escaped the reach of the virus. According to the New York Times, the case rate in California’s prison system is over four times that of the general population.

In Orange County, the sheriff pushed back against a court order to decrease the incarcerated population in order to enable social distancing. County lawyers had argued that people inside Orange County jails were safer from the virus than they would be anywhere else. The jails subsequently recorded more than 2,000 cases. Sgt. Dennis Breckner, a spokesperson for the Orange County Sheriff’s Department, told The Intercept that “through our mitigation efforts and strict safety protocols, the number of Covid-positive inmates dropped from over 1,200 late last year to only two” by late March.

“Whenever I tell guards they aren’t following their own rules, they just say, ‘Well, maybe you shouldn’t have ended up in here.’”

“Everything they do is for the sake of avoiding scrutiny and looking good on paper,” said Daisy Ramirez, Orange County jails conditions and policy coordinator at the American Civil Liberties Union of Southern California. “The Orange County sheriff has been violating the human rights of incarcerated people for years, and the pandemic has exacerbated all of those tendencies. The only time changes are made is when they feel pressured.”

Breckner told The Intercept that all incarcerated people are provided with personal protective equipment on a regular basis. But Tony Garcia, a 62-year-old held at the Theo Lacy Facility, recalled that for the first three months of the pandemic, he had to fashion a face mask out of a torn piece of bed sheet.

His trial has been delayed multiple times due to the pandemic, and he fears that it could be set back again. “Every time I’m transported to court, the guards aren’t even wearing masks,” he told The Intercept during a phone call in March. “The guards aren’t taking it seriously at all.” Breckner denied that CDC procedures were not being followed by guards.

Garcia’s family members say that the conditions inside the jail have become a source of constant anxiety. “He’s in his 60s, he’s very vulnerable,” Garcia’s sister Clara Sanchez said. “But because he’s in jail, they believe he deserves this. They don’t treat him like a human being with rights.” Rhetoric that blames incarcerated people for their exposure to the virus is a common complaint. “Whenever I tell guards they aren’t following their own rules, they just say, ‘Well, maybe you shouldn’t have ended up in here,’” Armendariz said.

Breckner and Grassmann said that vaccines are being made available to medically vulnerable people jailed in their respective facilities, and Garcia confirmed that he had been vaccinated. But those on the inside reported that many are skeptical of vaccination efforts due to mistrust of staff. “It’s not like it’s just vaccine skepticism. We trust the vaccine, but we don’t trust the people administering it,” Armendariz said.

Pitre is deciding whether or not he will accept the vaccine and said several guards have told him that it could have lethal side effects. He recalled that one guard told him he didn’t need the vaccine because he had already been infected. “Some of the guards don’t even believe it’s real,” Armendariz said of Covid-19. “They tell us it’s being exaggerated.”

The Prison Inside the Prison

Experts warn that facilities that fail to make meaningful distinctions between medical isolation and solitary confinement may be discouraging incarcerated people from reporting symptoms out of fear of spending time in near-total isolation. “Solitary confinement is linked to heightened suicidal tendencies and self-harm. It has a devastating impact on people’s mental health,” said Hadar Aviram, a professor of criminology at the University of California, Hastings College of the Law. “It’s used to discard people that don’t fit neatly into the prison system.”

Michael Saavedra, a legal coordinator with the advocacy group Youth Justice Coalition who spent 10 years in solitary confinement, put it more bluntly: “Solitary confinement is the prison inside the prison. People call it ‘the hole.’ It breaks people.”

Korinda Clement said her son, Gabriel Clement, who is paralyzed from the chest down, was kept in quarantine for over three weeks at Sacramento County Main Jail in almost complete isolation after spending several hours in the hospital. Her son’s catheter had become detached, she said, and the jail’s medical staff were unable to reattach it, despite it being a fairly simple procedure. They instead sent him to the hospital on New Year’s Eve.

“They say it’s about containing the pandemic, but they aren’t even wearing masks or sanitizing properly.”

Korinda, who works at a hospital in Sacramento, said she understands the need for quarantine. But what she could not make sense of was the neglect her son faced as he was warehoused in an isolation cell for more than a week past the 14 days the CDC recommends.

“They just threw him in there and left him,” said Korinda. “They say it’s about containing the pandemic, but they aren’t even wearing masks or sanitizing properly.” One day, when her son went to shower, he said that the curtains and floor were stained with feces and blood. “He’s where he is because he’s made mistakes,” she said. “But they treat him like he’s lower than an animal.”

In February, her son was transferred to a state prison in Corcoran, California, where she worried she would have to start the process of communicating his medical needs all over again. The prison Gabriel was transferred to has reported 3,011 confirmed cases of Covid-19 and seven deaths.

The outbreaks don’t stay contained inside the walls of the jail. One person incarcerated at Theo Lacy tested positive but was released before his test results came back. Unaware that he had the virus, the person visited his mother, who later contracted Covid-19. She was sent to the hospital on Christmas Day and died four days later.

“People forget that we’re human beings too,” Armendariz said. “Some of us have made horrible mistakes and caused people real harm and sadness. But we’re people too. We have families we love and want to see again. We don’t deserve to die.”