The House speaker’s change of heart came after Steven and Mary Swig circulated a memo against cancellation via executive order. 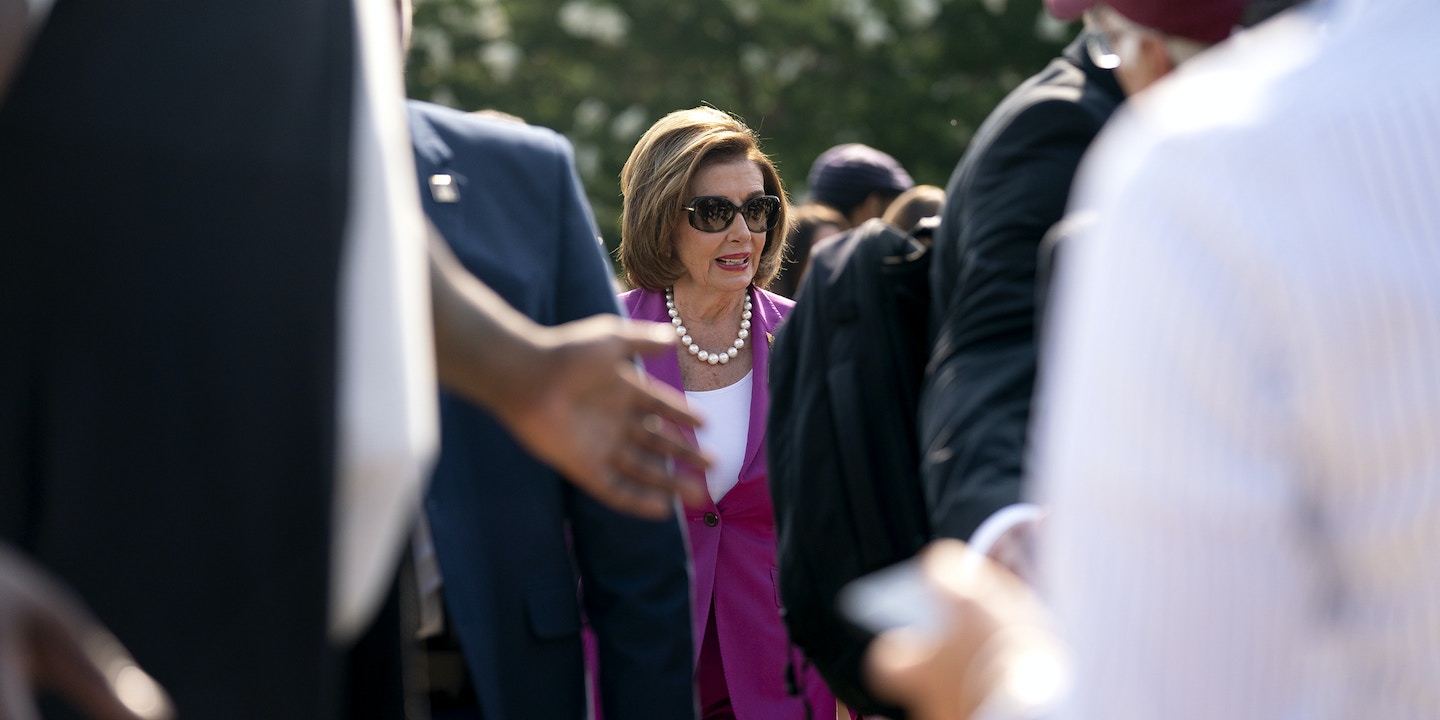 The drive to persuade President Joe Biden to cancel student debt took a major hit last week when House Speaker Nancy Pelosi stunned Congress with a surprise statement in opposition. The move may put her at odds with much of the public and the Democratic Party, but it aligns her with Democratic megadonors Steven and Mary Swig, the billionaire scions of the Bay Area’s oldest real estate dynasty who have deep ties to the California representative. Steven Swig has also long served as a treasurer for Pelosi in her fundraising efforts.

In November, after Biden’s election, and amid increased pressure to cancel student debt, the Swigs quietly circulated a memo among key Capitol Hill figures, making the dubious case that debt cancellation at the executive level is illegal. The argument in the memo gets much of its weight by virtue of the wealthy couple who produced it, as the Swigs are not just major funders of progressive nonprofits, but also have significantly bankrolled Pelosi and her House Democratic caucus.

The memo, obtained by The Intercept, was distributed to members of Congress by Freedom to Prosper, an organization founded by and for the Swigs. The couple has in the past directly lobbied Pelosi, according to two sources with knowledge of the meetings, in which the Swigs would suggest rhetoric or policy proposals that Pelosi would agree to adopt in some form. The source, like several others interviewed by The Intercept for this story, would only speak on condition of anonymity, citing the Swigs’ financial sway in progressive circles. (They have also contributed millions of dollars to the Democratic Party over the years.)

The couple have for many years given the maximum amount permitted in campaign contributions to Pelosi, who represents California’s 12th District which encompasses San Francisco, and Steven Swig has served as treasurer for Pelosi’s reelection campaigns since 2012. The Swigs also enjoy extended family ties to the Pelosis. Their niece worked for Pelosi from 2018 until March of this year, serving as a staff assistant, legislative correspondent, and policy associate. (The Swigs, according to a report in Mother Jones, even own mugs with a photograph of Pelosi on them, which they said they had gotten from a nephew who worked for her.)

The memo, which was designated for “INTERESTED PARTIES” and wasn’t disseminated to the general public, asserts that student debt cancellation via executive order is unlawful. “No, the President Cannot Cancel Student Loan Debt with a Pen Stroke,” a boldface title reads. The memo continues: “Recently, there has been heightened fervor around Senators Warren and Schumer’s proposal that President-elect Joe Biden could cancel student debt ‘with the pen as opposed to legislation.’ Unfortunately, that cannot happen. Attorneys on Capitol Hill say that the Executive Branch does not have congressional authority to cancel student debt.”

Despite the memo’s certainty, it’s far from clear that such an executive order is unlawful, experts say. When asked about the debate over the executive order, Marshall Steinbaum, a senior fellow of higher education finance at the Jain Family Institute and economics professor at the University of Utah, said via email, “The executive absolutely has the power to cancel student debt and there’s no excuse for not exercising it. A generation or more of students and workers have had their lives ruined by the failed experiment shifting the cost of higher ed onto individuals while corralling more and more students into the system. The failure is in the false assumption that a college degree or a masters would automatically cause earnings to increase more than sufficiently to pay off the debt. That hasn’t happened, and now it’s the victims of the policy failure who are carrying the burden while every year the government and higher ed institutions originate $100 billion more in student loans that everyone knows won’t be repaid.”

A student debt cancellation advocate who works closely with Congress added that their concession amounts to a cop-out given the near impossibility of a bill passing in the evenly split Senate. Why not, the advocate asked, just try an executive order and see what happens?

The idea of simply passing the executive order and letting the Supreme Court decide is hardly an abstraction; Biden did just that with his recent executive order imposing a moratorium on evictions. And the current pause in student debt collection at the federal level suggests that the executive has significant authority. Biden issued the eviction moratorium order following pressure from progressive members of Congress, led by Rep. Cori Bush, who chose not to return home on vacation and instead took to protesting outside the Capitol in hopes of addressing the looming eviction crisis.

Though Pelosi says she supports student debt cancellation via congressional legislation — a position shared by the Swigs — her statement last week represents a departure from her previous silence on the issue. “The president can’t do it — so that’s not even a discussion,” Pelosi said during a news conference, referring to a presidential executive order to cancel student debt. She continued: “Suppose … your child just decided they, at this time, [do] not want to go to college, but you’re paying taxes to forgive somebody else’s obligations. You may not be happy about that.”

Pelosi’s statement came as a shock to many in Congress, with some wondering if perhaps she had misspoken, as one staffer told The Intercept. But student debt relief advocates are more cynical. “The only reason she was for it [legislatively] was because Steve and Mary asked her to,” said one prominent member of the student debt cancellation activist community with direct knowledge of discussions between Pelosi and the Swigs on the subject. (A second source confirmed the discussions.)

Drew Hammill, deputy chief of staff for Pelosi, said in an email, “The Swigs have been family friends for decades” — but denied that the Swigs directed her position on student debt cancellation. “The statement the Speaker made was in response to a question from a reporter, not a proactive announcement.” He also stressed that Pelosi’s policy staff has not corresponded with the Swigs on this issue but did not comment on whether Pelosi herself had. “Our policy staff that work on this issue have had no conversations or correspondence with the Swigs on this issue.”

“The Speaker’s response to a reporter’s question was based on her staff’s analysis of the President’s authorities,” Hammill said. “We understand that the Department of Justice is reviewing what authorities the President may have in this regard and the Speaker would support the President using any authority he believes he has to address the crisis of student debt in our country. The Speaker very much wants to have as much forgiveness as possible because she believes it is holding back so many in our country. It must, however, be done in a way that is upheld in the courts.”

Political operatives familiar with the Swigs describe an often well-meaning couple who have donated to worthy causes but are rendered almost comically out of touch by their extraordinary wealth. A source pointed to the Swigs’ own account, published in Salon in 2018, of how they only ever learned that student debt existed recently, after their daughter told them about the plight of an artist friend saddled with crushing debt: “It began with a story. It wasn’t an unusual one. … But it was new to two of us when we first heard it from our daughter, four years ago. It was the story of a gifted young artist, a single mother who was forced to set aside her dreams and her gifts to work a retail job so that she could pay back her student loans.”

Steven and Mary Swig did not respond to a request for comment.