A new report from the Costs of War Project makes staggering estimates for the human and financial costs of the global forever wars. 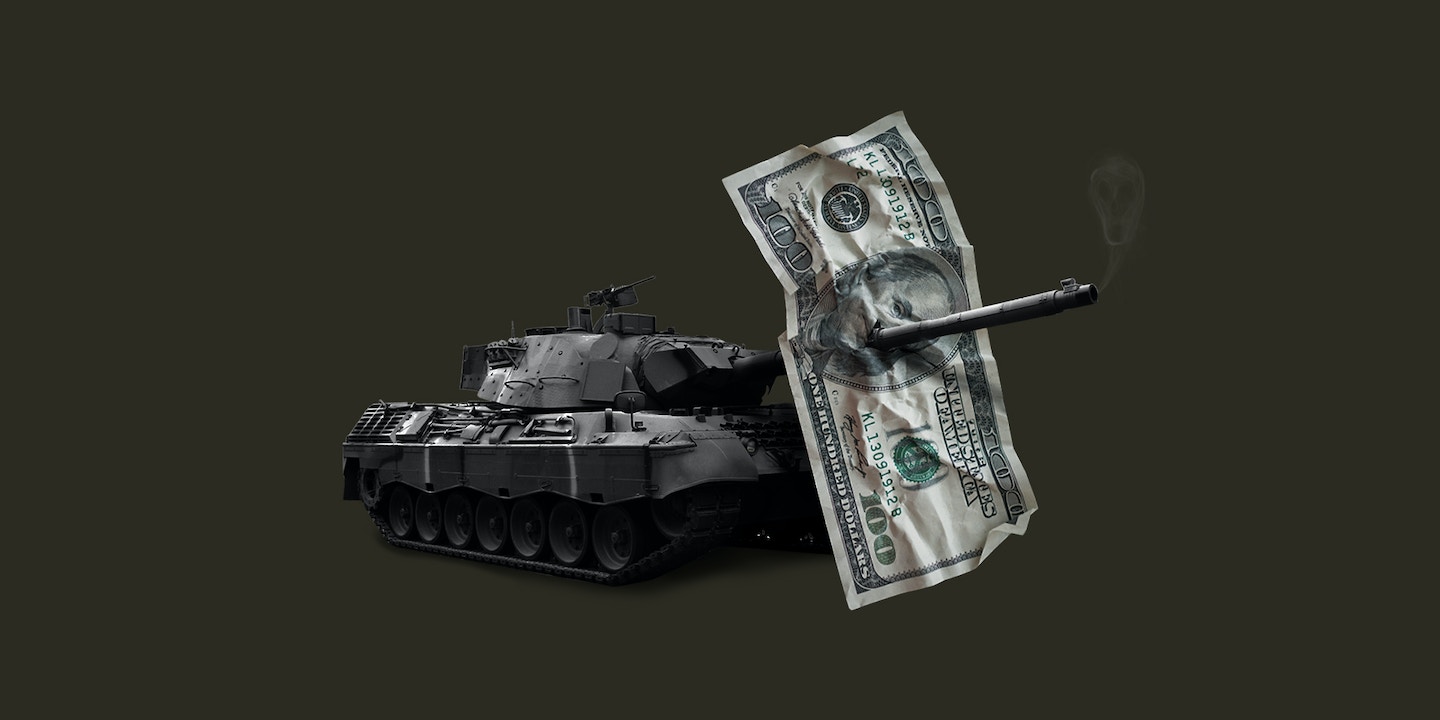 The U.S.-led global war on terror has killed nearly 1 million people globally and cost more than $8 trillion since it began two decades ago. These staggering figures come from a landmark report issued Wednesday by Brown University’s Costs of War Project, an ongoing research effort to document the economic and human impact of post-9/11 military operations.

The report — which looks at the tolls of wars waged in Iraq, Syria, Afghanistan, Pakistan, Somalia, and other regions where the U.S. is militarily engaged — is the latest in a series published by the Costs of War Project and provides the most extensive public accounting to date of the consequences of open-ended U.S. conflicts in the Middle East, Central Asia, and Africa, referred to today as the “forever wars.”

“It’s critical we properly account for the vast and varied consequences of the many U.S. wars and counterterror operations since 9/11, as we pause and reflect on all of the lives lost,” said the project’s co-director, Neta Crawford, in a press release accompanying the report. “Our accounting goes beyond the Pentagon’s numbers because the costs of the reaction to 9/11 have rippled through the entire budget.”

The staggering economic costs of the war on terror pale in comparison to the direct human impact, measured in people killed, wounded, and driven from their homes. The Costs of War Project’s latest estimates hold that 897,000 to 929,000 people have been killed during the wars. Of those killed, 387,000 are categorized as civilians, 207,000 as members of national military and police forces, and a further 301,000 as opposition fighters killed by U.S.-led coalition troops and their allies. The report also found that around 15,000 U.S. military service members and contractors have been killed in the wars, along with a similar number of allied Western troops deployed to the conflicts and several hundred journalists and humanitarian aid workers.

The question of how many people have lost their lives in the post-9/11 conflicts has been the subject of ongoing debate, though the numbers in all cases have been extraordinarily high. Previous Costs of War studies have put death toll figures in the hundreds of thousands, an estimate tallying those directly killed by violence. According to a 2015 estimate from the Nobel Prize-winning Physicians for Social Responsibility, well over 1 million have been killed both indirectly and directly in wars in Iraq, Afghanistan, and Pakistan alone. The difficulty of calculating death tolls is made harder by the U.S. military’s own refusal to keep track of the number of people killed in its operations, as well as the remoteness of the regions where many of the conflicts take place.

Like its previous studies, the death toll calculated by the Costs of War Project focuses only on deaths directly caused by violence during the global war on terror and does not include “indirect deaths, namely those caused by loss of access to food, water, and/or infrastructure, war-related disease” that have resulted from the conflicts. The report’s footnotes also state that “some of the people classified as opposition fighters may actually have been civilians as well, since there are political incentives to classify the dead as militants rather than civilians” — a caveat that dovetails with the U.S. government’s own confessed practice of labeling any “military-age males” killed in its operations as combatants unless proved otherwise.

Such practices have continued across multiple administrations. A recent investigation from the military-focused news site Connecting Vets included leaked video and accounts from the 2019 drone campaign in Helmand province in Afghanistan. The story included testimony from former drone operators who said that they had been given the green light to kill anyone seen holding a walkie-talkie or wearing a tactical vest in the province, which had poor security and lacked reliable cell phone service. For some U.S. officials licensed to authorize drone strikes, frustrated by their inability to achieve strategic victory or even favorable negotiating terms with the Taliban, the “metric for success was racking up a body count.”

The Costs of War Project report states that its findings about deaths in the wars are conservative, leaving many still uncounted. Although nearly 1 million people can be said with confidence to have been killed since the global war on terror began, even that staggering figure is, in the words of Crawford, the project co-director, “likely a vast undercount of the true toll these wars have taken on human life.”

The economic costs tallied by the Costs of War report include $2.3 trillion spent by the U.S. government on military operations in Afghanistan and Pakistan, $2.1 trillion in Iraq and Syria, and $355 billion in Somalia and other regions of Africa. An additional $1.1 trillion has been spent on domestic security measures in the United States since 2001, bringing direct expenditures from the war on terror at home and abroad to an astronomical $5.8 trillion.

Even that, however, does not represent the full expenses imposed by the wars. Tens of thousands of U.S. soldiers have returned from foreign war zones maimed and traumatized, turning many into long-term dependents of the federal government. The cost of providing disability and medical care for these veterans is likely to exceed $2.2 trillion by 2050 from its current post-9/11 total of $465 billion, bringing the total economic bill of the wars to $8 trillion.

The report compiles several different sources to give a total for how much the post-9/11 wars have cost, including appropriations for war-related expenses by the departments of Defense and State; increases to the Defense Department’s baseline operating budget; interest payments spent on borrowing; money obligated for future Veterans Affairs services; and Department of Homeland Security spending for preventing and responding to terrorist attacks. Even this thorough accounting does not give the full picture of U.S. expenditures: The report’s total figure of $8 trillion does not include money spent on war zone humanitarian assistance and economic development, nor does it factor in future interest payments that will be incurred on the massive deficit spending used to pay for the wars.

Many will find the astronomical financial cost of the global war on terror galling, not just because of how relatively little it has produced in return, but also because of the discrepancy between what the current price tag of the wars has run and what U.S. officials initially claimed would be required. The war in Iraq provides one sobering example. In September 2002, Lawrence Lindsey, then-chief economic adviser under President George W. Bush, estimated that the “upper-bound” expenses for the looming invasion and occupation would run between $100 and $200 billion. Later that year, Mitch Daniels, then-director of the Office of Management and Budget, provided an even more humble estimate of the costs, saying that war in Iraq would likely run U.S. taxpayers between $50 and $60 billion.

“Millions of lives and trillions of dollars later, who has won?”

In reality, the invasion and occupation of Iraq — just one of a number of conflicts fought by the U.S. across the world since 9/11 — has wound up costing trillions of dollars while destabilizing the Middle East and breeding secondary conflicts that have continued to draw the U.S. in at further expense and loss of life. Current events have grimly underlined how the situation has grown out of control. The recent airport terrorist attack in Afghanistan, which killed over a dozen U.S. service members and around 170 Afghans, was claimed by a local branch of the Islamic State, a terrorist group that did not exist at the start of the global war on terror and was birthed amid the chaos created by the U.S. occupation of Iraq.

The conflicts appear to have no end in sight, even as the U.S. makes plans to extricate itself from its 20-year occupation of Afghanistan.

“What have we truly accomplished in 20 years of post 9/11 wars? Millions of lives and trillions of dollars later, who has won? Who has lost, and at what price?” said Stephanie Savell, co-director of the Costs of War Project. “Twenty years from now, we’ll still be reckoning with the high societal costs of the Afghanistan and Iraq wars – long after U.S. forces are gone.”