A lawyer with Gibson Dunn, a firm hired by Chevron, was a major fundraiser for Gillibrand, who has been silent on Donziger’s case. 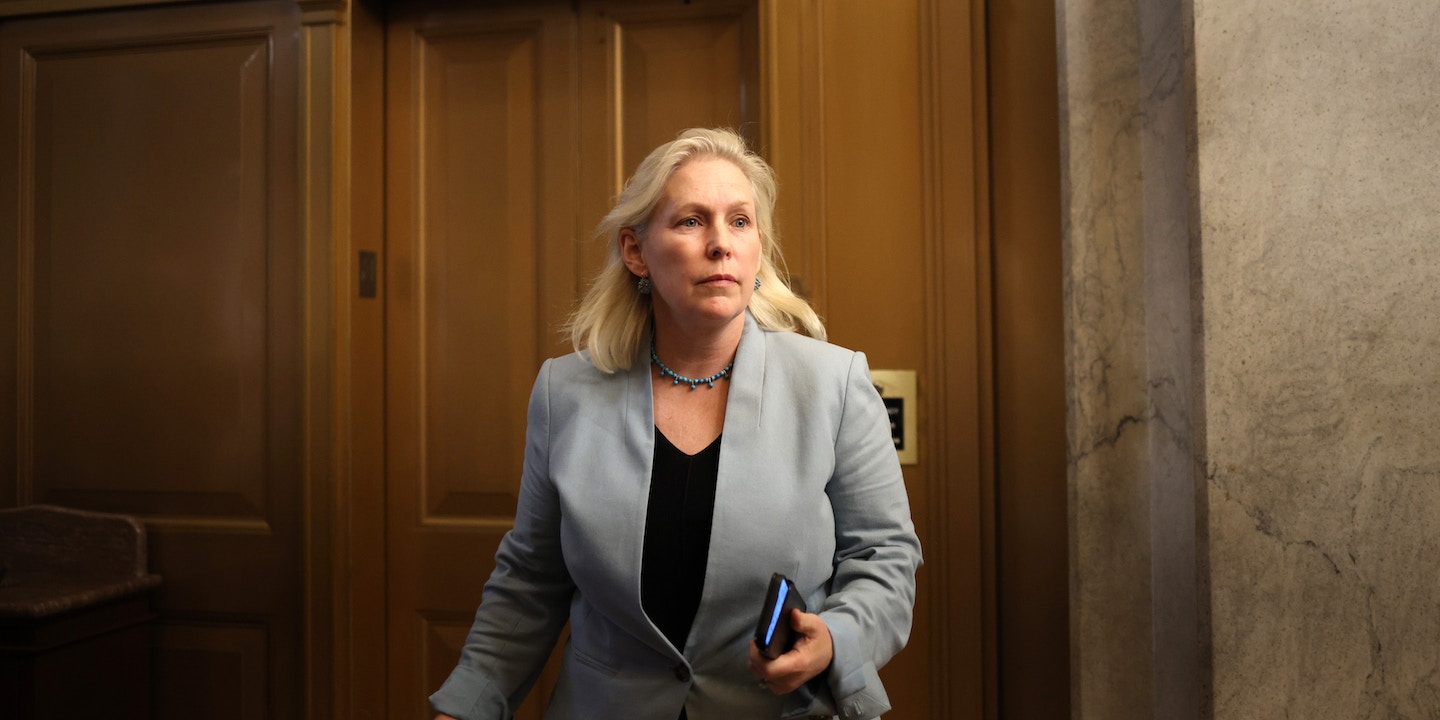 Sen. Kirsten Gillibrand, D-N.Y., has deep and previously unreported connections to the team at corporate law firm Gibson, Dunn & Crutcher LLP that is leading oil giant Chevron’s attacks in federal courts against human rights lawyer Steven Donziger. Gillibrand, who is one of Donziger’s representatives in the Senate, has remained silent on his situation despite multiple irregularities that have drawn international condemnation.

“Sen. Gillibrand has refused for a long time to even investigate my unprecedented Chevron-orchestrated detention, much less speak out about it.”

The senator has received $191,101 from Gibson Dunn’s PAC, lawyers, and their spouses in direct contributions and through her Off the Sidelines PAC — nearly half of which came from attorneys who worked to discredit Donziger on behalf of Chevron. Gillibrand, a former corporate lawyer, was the beneficiary of several fundraisers at the Gibson Dunn offices organized by Jennifer H. Rearden, a partner at the firm’s litigation and crisis management groups who also worked on the case.

“Sen. Gillibrand has refused for a long time to even investigate my unprecedented Chevron-orchestrated detention, much less speak out about it,” Donziger told The Intercept. “Obviously, the senator’s extensive connections to big-money donors with ties to Chevron might be affecting her decision to ignore what is an obvious human rights violation on U.S. soil involving one of her constituents.”

Gillibrand, Gibson Dunn, and Rearden did not respond to requests for comment.

Gillibrand played a crucial role in the nomination of Rearden — who fundraised at Gibson Dunn for the senator’s campaigns — to serve on the federal bench.

Last year, then-President Donald Trump nominated Rearden to serve as a federal judge in the Southern District of New York, the same court where Donziger has suffered multiple defeats at the hands of judges who have been criticized for having conflicts in the case. In a sworn affidavit submitted during the nomination process and recently obtained by The Intercept, Rearden stated that her yearslong road to the nomination began when she expressed interest to Gillibrand in one of many talks about the issue with the senator and her staff. Rearden was among 26 failed Trump nominees who did not receive a Senate confirmation vote.

In the affidavit, Rearden disclosed that she “co-hosted several fundraisers” for Gillibrand at the Gibson Dunn offices, where her role included “arranging for the use of Gibson Dunn space, inviting Gibson Dunn attorneys (and sometimes others), and asking invitees to make a donation.”

Along the way, Rearden made 11 donations totaling $30,900 to Gillibrand and her Off the Sidelines PAC, according to the campaign finance watchdog OpenSecrets. Rearden also contributed $10,500 to six candidates backed by Off the Sidelines and hosted a fundraiser for Sen. Maggie Hassan, D-N.H., who was supported by the political action committee.

“When it looks as if there’s a quid pro quo relationship happening between a politician and their donors, the appearance of that corruption can be just as damaging as corruption itself,” said Alex Baumgart, a researcher at Open Secrets. “In this instance, it’s clear that there’s a concerted effort to target specific members with campaign contributions,” Baumgart added, “but it’s impossible to know for certain whether that support materializes into tangible gains for the corporation.”

In an opinion issued last month, a United Nations human rights panel said it was “appalled” by the federal court’s treatment of Donziger. It called for his immediate release from more than two years of pretrial house arrest, which it classified as “arbitrary” and in violation of the Universal Declaration of Human Rights.

Last Friday, federal Judge Loretta Preska sentenced Donziger to six months in prison for contempt of court charges stemming from his refusal to turn over his electronic devices to Chevron lawyers, citing his obligation to protect attorney-client privilege. Preska allowed Donziger to remain under house arrest pending his appeal of denial of bail, which his lawyers are expected to file this week.

Donziger is one of the lawyers responsible for winning a $9.5 billion ruling in 2011 against Chevron in an Ecuadorian court over significant environmental damage that harmed Amazonian farmers and Indigenous communities. A Chevron lawyer promised, “We’re going to fight this until hell freezes over, and then we’ll fight it on the ice” — and the company hired Gibson Dunn to lead the charge.

In 2014, Chevron won a major victory when a U.S. federal court blocked the Ecuadorian claimants from collecting on the judgment in the U.S. The judge also found Donziger to be guilty of misconduct, which he denies, and led to his disbarment in New York and the contempt charges.

A New York resident, Donziger and his allies have lobbied Gillibrand and his two other congressional representatives, House Judiciary Chair Jerrold Nadler, D-N.Y. — whose son works for Gibson Dunn — and Sen. Chuck Schumer, D-N.Y., to intervene on his behalf, but they have remained silent. Schumer has received over $1 million in donations from Chevron-affiliated law firms, including Gibson Dunn. In contrast, other congressional Democrats — just not Donziger’s own representatives — have called for the Justice Department to review the case.

Baumgart, of Open Secrets, said the ties between the politicians and Chevron could diminish public trust: “The public’s confidence in their elected official’s ability to act independently is undermined when they perceive them as acting in the interest of corporate donors.”

Update: October 7, 2021, 1:10 p.m. ET
This story has been updated to specify that Preska, the judge, allowed Donziger to stay under house arrest pending his appeal of denial of bail, not a wider appeal to the rulings in the case.