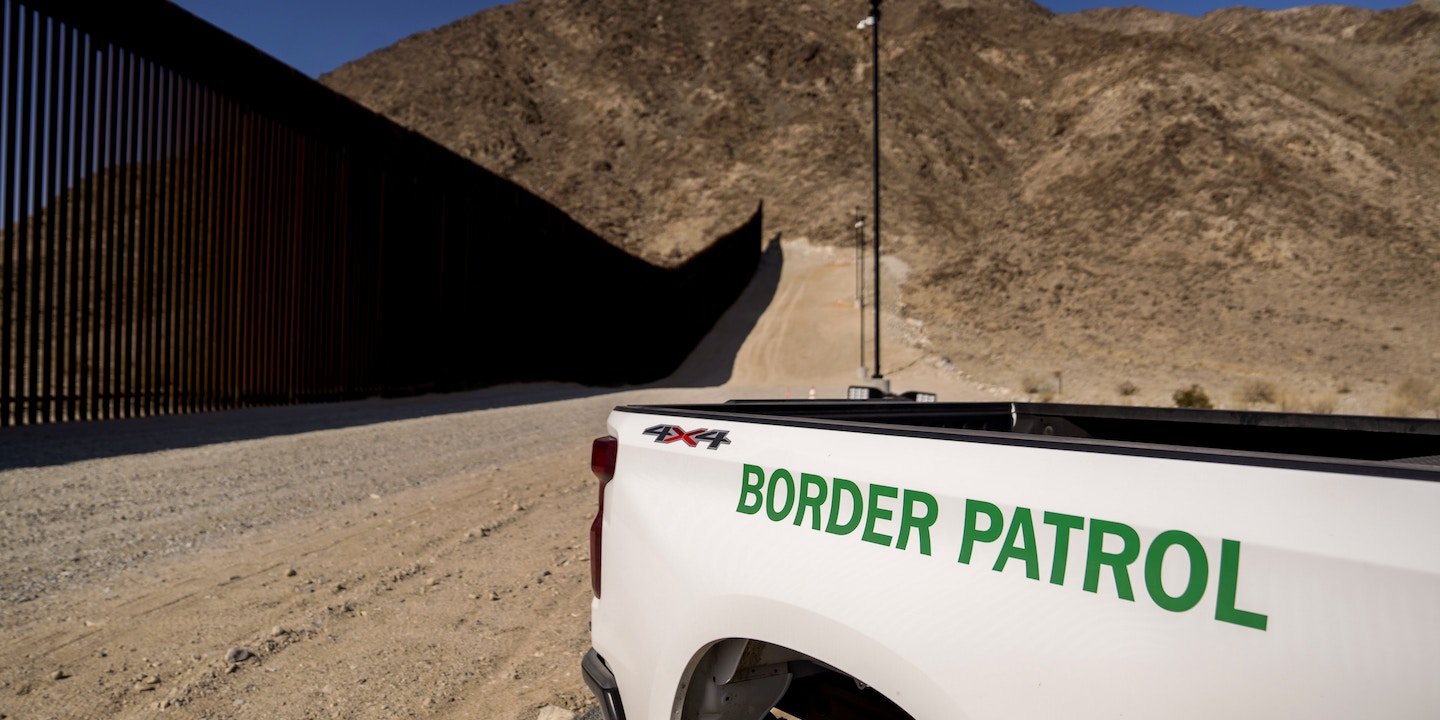 On November 16, a Border Patrol agent sent an email to around 3,000 colleagues comprising the agency’s entire Rio Grande Valley sector that decried the Biden administration’s Covid-19 vaccine mandate. The mandate requiring all federal workers to be fully vaccinated by November 22 was issued in September, and the agent had just received a formal notice from management for failing to get the shots. “I have just been served for refusing to comply with the Vaccine Mandate Executive Order 14043,” the agent wrote in a long email expressing outrage at the administration. On Monday, President Joe Biden paused enforcement of the mandate until after the new year.

While the agent’s email starts off angry — “You said, ‘STOP THE SPREAD!!’ but that should have been our battle cry, ‘STOP THE SPREAD OF ILLEGAL ALIENS INTO THE COUNTRY’” — it ends with the agent admitting he would ultimately comply with the mandate. “It is not your business to mandate me to inject myself with anything,” he writes, before conceding that this does not mean he won’t get vaccinated. “A lot of people depend on me and so this is not a refusal to comply. This is simply expressing my disgust at where we are as an agency.”

A senior official at Customs and Border Protection, the Border Patrol’s parent agency, who is not authorized to speak publicly said that supervisors across the agency had been instructed to send “counseling letters” to personnel who still have not been vaccinated. “A counseling letter puts an employee on notice,” the senior CBP official said. “Counseling letters set the stage — management can say, ‘Hey, we told you you are going to be subject to discipline for failing to follow instructions.’”

The agent likely received one such letter. “I thought this would all be a bluff,” the agent wrote. “The threat of losing my job is one I cannot afford to go against.”

The issue is about to become a political flashpoint, with Republicans in both the House and Senate reportedly planning to force a government shutdown in an effort to strip funding for the administration’s vaccine mandate. But, as the email shows, vaccine refusal is waning even at Border Patrol, which has been beset with some of the highest refusal rates within the federal workforce.

Seventy-nine percent of Border Patrol personnel were fully vaccinated as of November 17, according to a memo sent to agents by Border Patrol Chief Raul L. Ortiz and shared with The Intercept. The number of agents who got shots rose sharply in the weeks before the deadline, according to data obtained by the Washington Post, suggesting that the mandate did succeed in getting thousands of personnel vaccinated.

“A lot of people depend on me and so this is not a refusal to comply. This is simply expressing my disgust at where we are as an agency.”

That said, CBP is still lagging behind the federal government at large, which is now reporting that upward of 92 percent of its employees are at least partially vaccinated. The memo also shows that most of the remaining unvaccinated agents — 16 percent of the workforce — have pending accommodation requests to be exempted from the mandate. The memo also says that just 3 percent of Border Patrol agents remained unvaccinated without an accommodation request pending, and just 2 percent were found to be unresponsive. The mandate allows exemptions for religious reasons and disabilities. Across the government, 4.5 percent of federal workers have claimed such an exemption, according to the Biden administration’s most recent numbers.

Now, the Biden administration is faced with a new challenge: what to do about CBP personnel who have still not complied with the mandate? This week, the administration delayed further disciplinary action until after the holidays at the request of the American Federation of Government Employees, the union representing federal workers. While counseling letters have been sent, suspension and eventual termination won’t be on the table until after January 4.

The rise in vaccinations appears to challenge arguments advanced by law enforcement that the mandate would lead to a mass exodus of personnel. In October, 44 congressional Republicans signed a letter urging to exempt Border Patrol as well as Immigration and Customs Enforcement agents from the vaccine mandate, warning that the mandate could lead to mass resignations. “With morale at an all-time low, this mandate will serve as a last straw for agents who can easily leave the agency … or retire,” the letter states.

In July, the union accused the Biden administration of “rank hypocrisy” for its vaccine mandate. “Illegal aliens, some infected with COVID, are encouraged to come here and thousands are released into unsuspecting communities,” one union tweet reads. “But Americans face job losses if they aren’t vaccinated.” (NBPC endorsed Donald Trump for president in 2016, though it did not endorse either Trump or Biden in 2020. During the 2020 presidential campaign, the union condemned what it called Biden’s “failed” border policies.)

That same day, NBPC President Brandon Judd issued a statement saying, “We support those who are hesitant to get an experimental vaccine and we respect their opinions and beliefs. Experimental vaccines should be a personal choice with each individual weighing the pros and cons, not a mandate from federal bureaucrats.”

Even after the FDA’s approval of the Pfizer vaccine in August, the union still does not encourage members to get vaccinated and has said it plans to challenge the mandate in court. “We are 100 percent opposed to a mandate for a vaccine that still, to this date, has proven that you can still get covid. We think that this is political,” Judd said.

“BORDER PATROL UNION WHERE YOU AT??” the disgruntled Rio Grande border agent said in his email.  “I thought we were all a family. What happened to ‘having our back’?” The NBPC did not respond to a request for comment.