On “60 Minutes,” Reality Winner Opens Up About the Motivation for Her Leak and the Psychic Toll of Her Confinement

“I knew it was secret, but I also knew that I had pledged service to the American people,” Winner said. 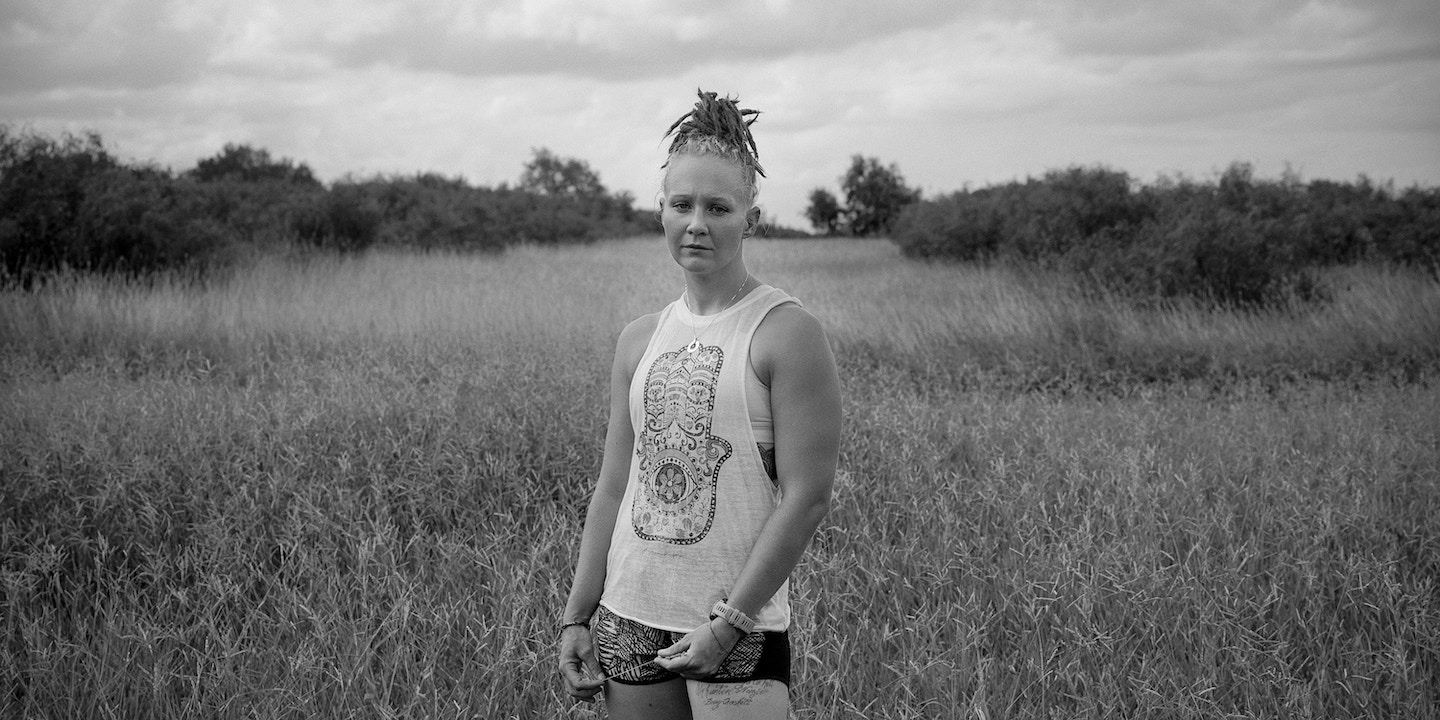 This weekend, “60 Minutes” aired the first TV interview given by Reality Winner since she was released from prison this summer. In 2017, Winner leaked a top-secret National Security Agency analysis of Russia’s attempt to penetrate U.S. election systems around the country; she ended up serving the longest sentence ever doled out to a civilian whistleblower. She pleaded guilty at trial and was sentenced to five years and three months in prison.

Winner’s case is unique, and because of how tribal our politics have become, she’s a person without a political home. Despite the sacrifices she made, she largely gets ignored as a result.

Of course, from a Trumpworld perspective, which fully rejected any claims of Russian interference, what she leaked was too inconvenient to discuss. The left, for its part, was heavily critical of the Democratic focus on the Trump-Russia scandal, arguing that it was an effort by establishment Democrats to escape necessary responsibility, so did not rally to her cause. Among resistance liberals, Winner had a hard time gaining traction. At the time of her arrest, mainline Democrats were closely allied with the public faces of the intelligence world who were avidly fueling Trump-Russia theories, but by leaking, Winner had betrayed the intelligence community, and the deep-state talking heads had no interest in taking up her cause on CNN or MSNBC.

The document she leaked didn’t contain evidence of collusion between then-presidential candidate Donald Trump and Russia. It said that Russia had penetrated our election system but not that it had done anything to manipulate the voter rolls or the votes. The leak exposed flaws in the system while showing that Russia was keeping its options for meddling open — just as they’ve done in other countries, and just as we’ve done in almost every country on the planet.

The Intercept published the document in question along with a story about its significance on June 5, 2017. The Press Freedom Defense Fund, which is part of First Look Institute, The Intercept’s parent company, supported Winner’s legal defense.

At the time of her arrest, Winner, an Air Force veteran, was serving as a contractor for the NSA. While Winner is now out of prison, she’s still on supervised release for the next three years, with onerous conditions. In the interview, she talks about her motivation for the leak and the psychological impact of the government’s assault on her. As she explains, she felt like she was seeing double, watching Trump publicly claim that Russia had behaved entirely innocently throughout the 2016 election while knowing that his own intelligence service had concluded differently.

“I knew it was secret, but I also knew that I had pledged service to the American people, and at that point in time, it felt like they were being led astray,” she said.

Even the federal commission in charge of election security had no idea what had happened. “What prosecutors called ‘grave damage’ was a bombshell of truth to the federal Election Assistance Commission, which helps secure the vote,” Scott Pelley reported on “60 Minutes,” adding that election officials took significant actions in response to Winner’s revelations. Two sources told CBS that Winner’s leak helped make the 2018 election more secure, confirming previous Intercept reporting.

At trial, Winner wasn’t able to talk about the document or why she leaked it, but in her interview, she pushed back against the idea that she had ever done anything to put the country at risk. Quite the opposite, she said: “I thought this was the truth but also did not betray our sources and methods, did not cause damage, did not put lives on the line. It only filled in a question mark that was tearing our county in half in May 2017. … I meant no harm.”

One way that the government managed to deny her bail was by suggesting that her language abilities — abilities she had been trained in by the military — meant that she might defect to the Taliban. That charge, that she was some kind of traitor, shook her to her core and haunted her throughout her time in confinement.

In prison, Winner went to a dark place. Her mother had moved from Texas to Georgia so that she could see her regularly. “There would just be times when it almost wasn’t worth it to see the end of this,” she said. “I started to plan my suicide, and I would do practice runs. The only thing that was stopping me was my mom because she was still in Augusta. My dad had gone back to Texas to go to work, and I just refused to let her hear that news by herself, so I would get on the phone and try to talk around it and say, ‘Hey, there’s no reason to stick around, visitation’s not worth it, just go back to Texas, just go.’”

But her mother refused to go. She learned of the depth of her daughter’s despair the same time that “60 Minutes” did. “There were some very dark days, but they would be followed by a better day,” her mother told Pelley. “I just knew when I was in Georgia I couldn’t leave. I couldn’t leave her.”