Democrats Are Rushing Through a Massive Ukraine Defense Bill

The House of Representatives is looking to skip markup and hold a floor vote as soon as next week. 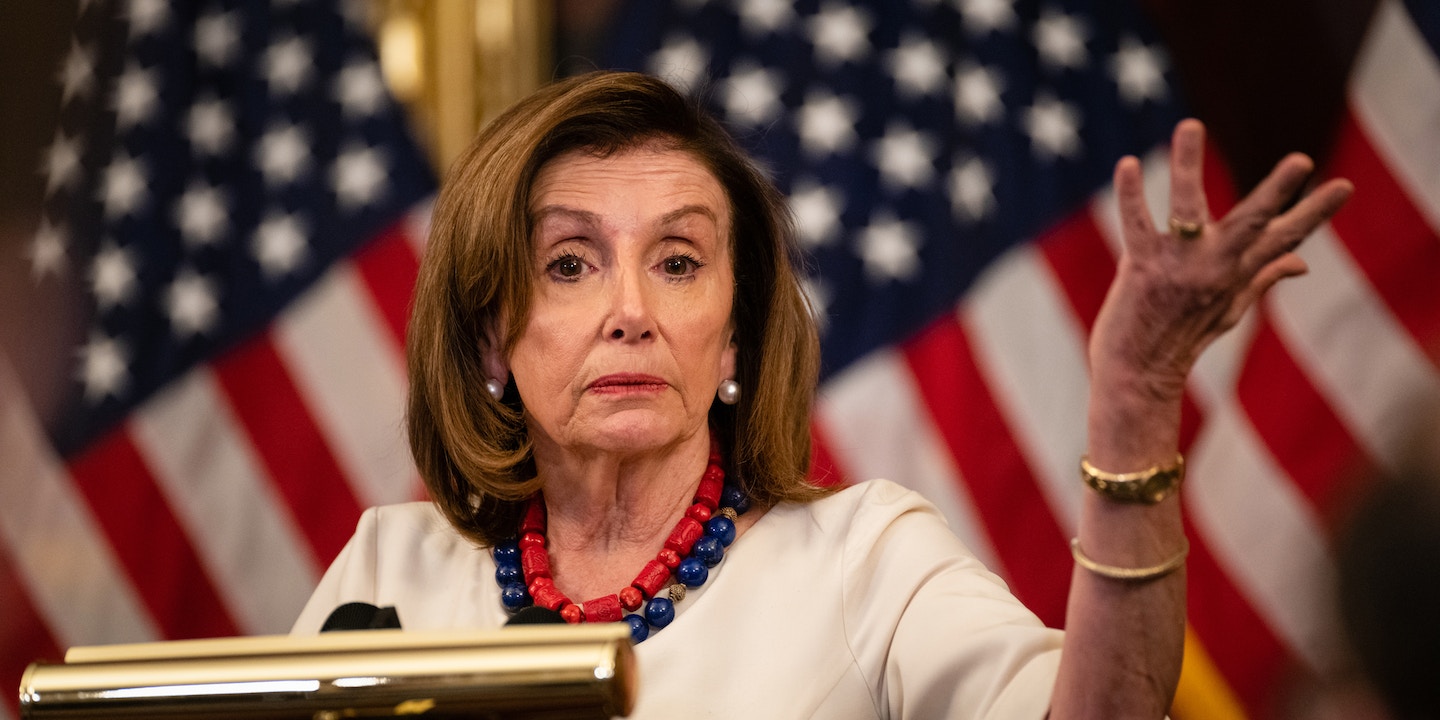 Democrats in the House of Representatives are planning to expedite a massive bill that would dramatically increase U.S. security assistance to Ukraine and lay the groundwork for substantial new sanctions on Russia — hastening a war-friendly posture without opportunity for dissent as concerns over a military invasion abound.

House Speaker Nancy Pelosi, D-Calif., told members on a caucus call Tuesday that she’s looking to skip marking up the bill and move it straight to the House floor, setting up the possibility of a vote as soon as early next week, two congressional sources told The Intercept. The sources spoke on the condition of anonymity because they’re not authorized to talk to the press. Pelosi’s office did not immediately reply to a request for comment.

“This is how the space for nonmilitary options gets slowly closed off in Washington, without any real debate,” one of the sources, a senior Democratic aide, told The Intercept.

The situation in Ukraine has escalated in recent days, with more than 100,000 Russian troops reportedly stationed along the Ukrainian border, while Western leaders seek to create a unified front to deter what they fear is a Russian invasion. British intelligence released an unusual report over the weekend on an alleged plot to install a leader friendly to Russia. On Sunday, the Biden administration advised Americans to leave the country because of “impending” reports that “Russia is planning significant military action against Ukraine,” escalating tensions in the eyes of local officials, and put troops on standby for deployment in Eastern Europe.

“This is how the space for nonmilitary options gets slowly closed off in Washington.”

The legislation would send $500 million from the Foreign Military Financing program to Ukraine for 2022. That amount would have made Ukraine the third-largest recipient of funding from the State Department’s FMF account in 2020, surpassed only by $3.3 billion to Israel and $1.3 billion to Egypt. (That year, the FMF program gave Ukraine $248 million.)

The legislation would also give Ukraine priority for excess defense equipment transfer and funds to counter Russian disinformation through programs like Radio Free Europe/Radio Liberty. It would further aim to bolster Ukraine’s cyber defense and direct the president to consider imposing sanctions on Russia in the event of a cyber attack on Ukraine.

If the president determines that Russia has engaged in a “significant escalation in hostilities” to disrupt Ukrainian sovereignty, then the bill would direct the White House to issue a number of sanctions. Individuals and entities that would be targeted include the Russian president and other top government and military officials, Russian financial institutions, foreigners participating in the Nord Stream 2 pipeline project, and Russian energy producers. The legislation would prohibit Americans from trading Russian government bonds as well.

The Democrats’ effort to accelerate the bill comes days after a group of senators met with Ukrainian leaders in the country’s capital, Kyiv, to extend U.S. support for the country’s sovereignty. Despite the show of Democratic and Republican unity during the trip, no Republicans have co-sponsored Meeks’s or Menendez’s bills. Senate Democrats also have not publicly indicated the timeline on which they would like to vote on their legislation.

Republicans have offered their own measures. Earlier this month in the House, Rep. Michael McCaul, R-Texas, the lead Republican on the House Foreign Affairs Committee, introduced the Guaranteeing Ukrainian Autonomy by Reinforcing its Defense Act, a companion bill to a measure sponsored by Senate Foreign Relations Committee Chair Jim Risch, R-Idaho. The bill would give Ukraine $450 million from the State Department’s FMF account and impose sanctions related to the Nord Stream 2 project immediately, without waiting for an escalation as in the Democrats’ bill.

McCaul’s office did not reply to a request for comment on whether he would support Meeks’s bill. The White House endorsed the legislation that Menendez released weeks ago.