In Ukraine’s West, Conscripts of All Ages Head to Battle, Expressing Outrage at Putin’s Invasion

“Your President Biden said that God will help us. Of course, we hoped for American and European help.” 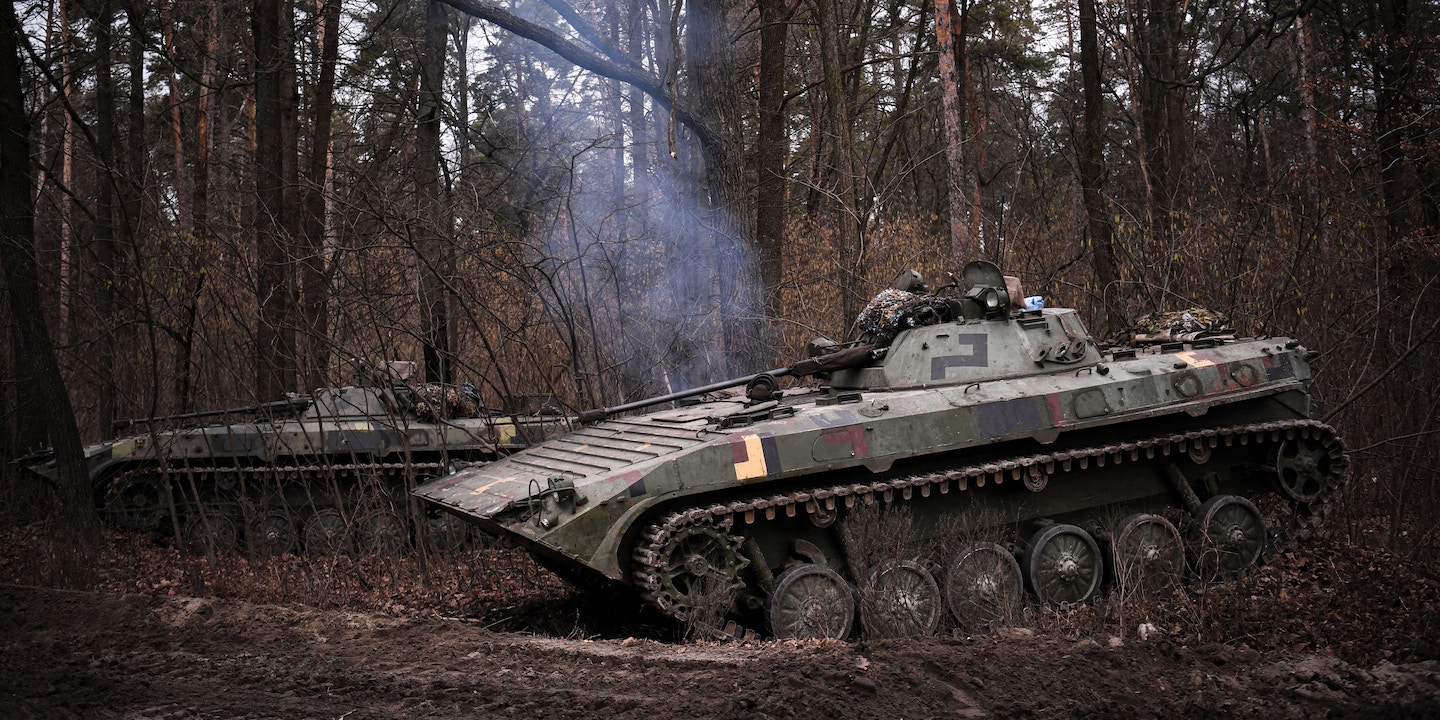 KHMELNYTSKYI, Ukraine — By the second day of the Russian invasion of Ukraine, everything in Khmelnytskyi had changed. As the Russian military breached Kyiv, the capital, and people fled en masse, this western Ukrainian city of nearly 300,000 swelled with activity. Tension took hold as resources became sparser. And the Ukrainian army had set up sandbags as an impromptu registration desk for signing up conscripts.

With the blue and yellow of Ukraine’s flag streaming from every lamppost, some 100 men between the ages of 18 and 60 lined up to board buses leaving for active duty. With martial law declared on the first day of the conflict, they had become required to serve.

“Now is no time for feelings. If it is necessary to go to war, then that’s what it is.”

Rumors, social media, and news reports gave accounts of buses being stopped at Ukraine’s borders so that men planning to leave could be offloaded to join the fight. But in the city center of Khmelnytskyi, they were ready to enlist — unafraid, if not exactly thrilled — to protect their country.

“Now is no time for feelings. If it is necessary to go to war, then that’s what it is,” said Viktor, 58, the owner of a medical business, who like other conscripts interviewed for this story declined to give his last name. “We are proud to do this for our country.”

The conscriptions, reluctant or not, are part of a broad, societywide mobilization by Ukraine to fend off a vastly superior Russian military force. In addition to mandatory military service, civilians are reportedly taking up arms in Kyiv, and the Defense Ministry told citizens to “make Molotov cocktails.” 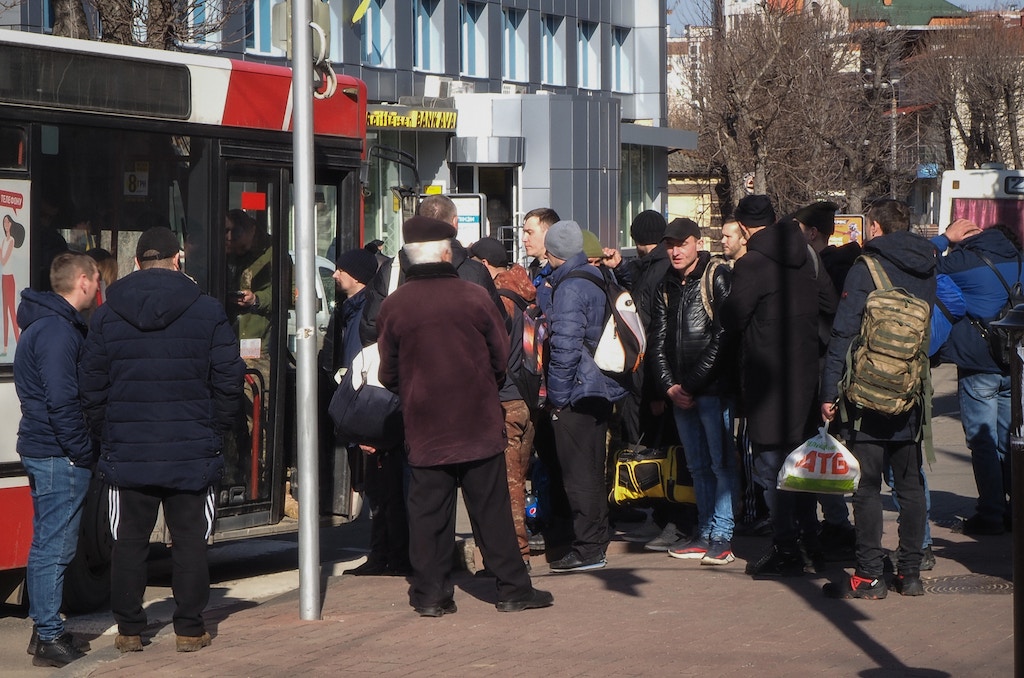 Military-age men, from 18 to 60 years old, register for military conscription in Khmelnytskyi, Ukraine, on Feb. 25, 2022.

In more than a dozen interviews for this article conducted over two days in Khmelnytskyi — including with conscripts, soldiers, refugees, and journalists — there was unanimity that Ukraine was being abandoned by the international community. The men lamented that, under President Joe Biden, the U.S. was not intervening militarily in the war.

“Your President Biden said that God will help us,” said one conscript, Vasily, 49, who also asked that his last name not be used. “Of course, we hoped for American and European help. But we were left naked!”

The young and the old alike waited their turn as military officers made the rounds with a clipboard of names. None of the draftees knew where they might be headed next.

Ukrainian President Volodymyr Zelensky’s declaration of martial law, made within hours after the first Russian bombs began to fall, along with a state of emergency enacted by the legislature the day before, gave the government broad discretion to restrict free movement and suspend civil liberties. This general mobilization of conscripts and reservists falls under the special authorities.

“My country needs me,” said a state historian, 47, who had been conscripted and who declined to give his name. “I’m here because I’m a patriot.”

Khmelnytskyi, about 170 miles southwest of Kyiv, remains peaceful for now. Many speculated before the war that western Ukraine would be spared, but the conscripts doubted it. A military target just 25 miles north of the city, in the village of Starokostiantyniv, had already been bombed on the first day of the invasion; by Saturday, businesses closed as unconfirmed rumors of impending rocket strikes circulated through the city.

The historian pointed the finger at the aggression from Russia and its president, Vladimir Putin, invoking the last existential crisis to hit Ukraine: World War II. “Russia has violated all moral, ethical, and social principles and values,” he said. “Russia attacked us like Nazi Germany once did.”

Vasily, the conscript, spoke about the post-Soviet agreement Ukraine made to denuclearize its military in exchange for guaranteed territorial integrity: “Is the Budapest Memorandum not still valid?”

“If Putin takes Ukraine today, tomorrow it will be Latvia and Poland, and he will go on!”

In 1994, Russia signed the so-called Budapest Memorandum — along with the U.S., the U.K., Belarus, and Kazakhstan — but broke it with its 2014 invasion and annexation of the Ukrainian peninsula of Crimea, a strategic port region in the Black Sea. The invasion force besieging Kyiv from the north today was mobilized through Belarus.

“We are very grateful to the States for the weapons, but it’s not enough now,” Vasily said of weapons deliveries by the U.S. in the runup to the war. The U.S. has provided hundreds of millions of dollars in military aid and huge numbers of weapons to Ukraine since January but has committed to staying out of direct combat.

Vasily dismissed concerns in the West that a NATO or U.S. intervention would spark a conflagration between nuclear superpowers. “Let them worry!” he said. “If Putin takes Ukraine today, tomorrow it will be Latvia and Poland, and he will go on!”