My Story: How I Was “Groomed” by My Elementary School Teachers

From encouraging me to read and write, to nudging me to think for myself, their pernicious influence burdens me to this day.

It’s Teacher Appreciation Week, and The Intercept is collecting stories about how elementary school teachers positively impact people’s lives. If you had experiences similar to mine, please send them to me. 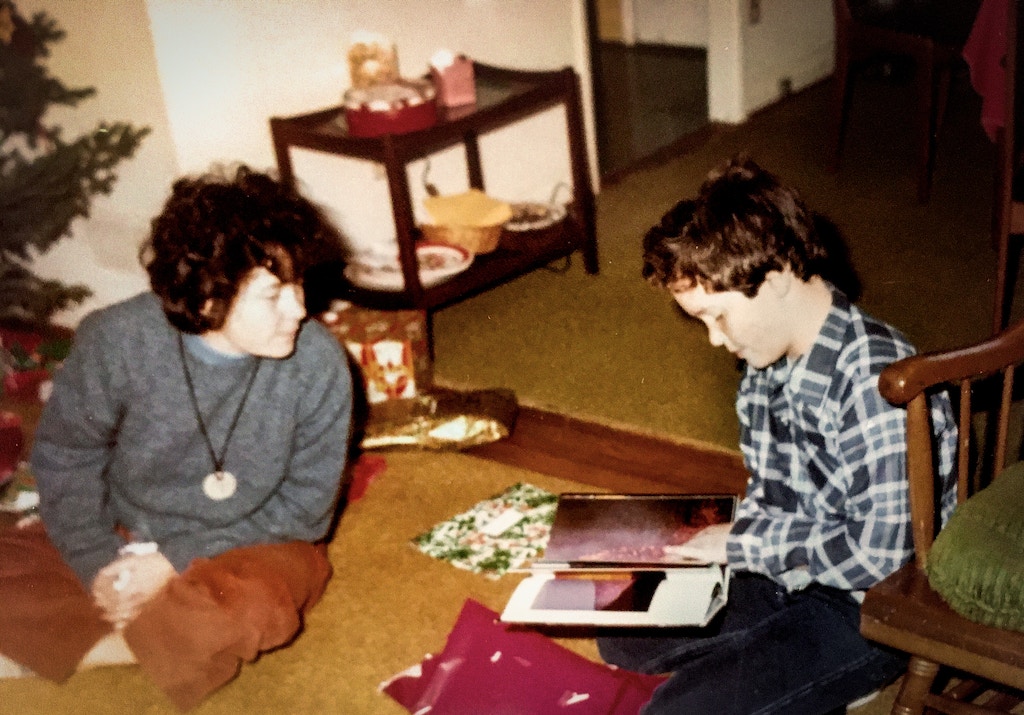 A young Jon Schwarz, already suffering from education, sits next to his mother as she watches him excitedly open a book as a gift on Christmas.

Anyone following the news knows the U.S. right is now obsessively accusing public school teachers, especially ones who are LGBTQ+, of being “groomers” — i.e., pedophiles. It’s both astonishingly vile and horrifyingly cynical.

This kind of propaganda — that some minority group is plotting to harm our children — has always been the specialty of history’s most vicious political movements. Today’s version is just one step away from the Taliban’s violent loathing of education, and two steps from declaring that teachers are using the blood of children to make their unleavened bread. Ignorant audiences have always been vulnerable to these fairy tales, which is why the abuse of children is a popular theme of literal fairy tales.

At the same time, the right-wing figures who spew out this sewage are absolutely indifferent to the actual sexual abuse of children. For instance, one of the most hateful proponents of the groomer narrative is Christopher Rufo, a senior fellow at a conservative think tank called the Manhattan Institute. Rufo recently proclaimed on Twitter: “The public school system has a child sex abuse problem.”

That’s all you need to know about Rufo. He has no interest in the sexual abuse of children in private or charter schools. Nor did he mention churches. For that matter, he has nothing to say about the Republican Party: Its longest-serving speaker of the House, Dennis Hastert, was a child molester, and the next GOP Speaker of the House may be Rep. Jim Jordan of Ohio, who has been accused by eight former students of helping cover up the sexual abuse of wrestlers at Ohio State University.

That’s because, for Rufo and his compatriots — such as the playwright David Mamet; Christina Pushaw, the press secretary for Florida Gov. Ron DeSantis; and Donald Trump Jr. — the victims of genuine sexual abuse don’t matter at all. They and the lifelong pain many experience are simply useful tools in the right’s centurylong attack on public education. Rufo and company understand that democracy is impossible without public education and so are willing to do anything to destroy it.

We know where this path leads, and we must step off it immediately. The people doing this are cruel and sadistic, but they’re also mewling cowards — and with pushback now, they will slink back into the holes from which they emerged.

At the same time, we should be telling the full truth about public school teachers. The one good thing I can say about this awful current phenomenon is that it’s made me remember all the beautiful teachers I’ve had, and how much better they made my life. Here’s my story of how my elementary school teachers “groomed” me.

It began with Mr. Larson*, my elementary school’s librarian. We all knew he was gay — not because he ever said anything about it, but because we could also figure out which teachers were straight. It was there in suburban Maryland, more than 40 years ago, that Mr. Larson groomed me to like reading.

On one of my first days at school, my class went to the library. Mr. Larson smiled widely at us and said we were always welcome to check out one or more books. This is probably the classic opening gambit for adults who want to groom you to read.

Every week that went by, Mr. Larson skillfully, subtly moved the process forward. If he learned you had enjoyed reading a book, he would recommend other books you might like. He would tell you there were libraries outside of school, ones run by a cabal of adults like himself, with an even greater selection of books. He would casually drop into conversation that you could get a library card from these libraries, for free.

Before long I was reading constantly. Even worse, it didn’t end with books. At one point Mr. Larson took me and other students to the Lincoln Memorial in Washington, D.C., in what can only be described as a mass grooming event. This happened on the weekend and wasn’t an official school activity. He was grooming us on his own time! He wanted us, he said openly, to become interested in history and even learn from it.

That says everything about the kind of man Mr. Larson was. There was simply no end to his dreadful commitment to “encourage children to be curious” and “think for themselves.”

I have had to accept that I may never escape the effects of Mr. Larson’s grooming. Indeed, I realize that it has made me vulnerable to further grooming — and by gay men in particular. For instance, Stephen Sondheim remotely groomed me to enjoy musical theater. Sondheim has even made me believe musicals can be astonishingly complex art that elucidate the most elusive aspects of human existence. It’s terrible.

And Mr. Larson was just one of the relentless groomers at my school. There was also Ms. Vanderwaal, who groomed me in not just one but two ways. First, she used to zip through the long linoleum halls of the school on roller skates, grooming me to believe it was acceptable for teachers to be jubilant free spirits rather than harried drones. Second, she groomed me to have good penmanship, both cursive and regular. Fortunately, the latter is one kind of grooming that no longer affects me. It’s taken me years of effort, but if you met me, you’d never guess any teachers groomed me to have legible handwriting.

Then there was Ms. Schultz, who showed up at work pregnant, grooming us to think it was OK for teachers to engage in sexual intercourse. Had she received permission from the proper ecclesiastical authority? Her silence on this issue told us all we needed to know.

But I’ve saved the worst for last: Ms. Burns. Since I’d already been primed by Mr. Larson to like reading, it was the easiest thing in the world for Ms. Burns to groom me to enjoy writing. The pleasure she took in this was positively satanic. She especially encouraged me to compose “funny” essays about politics — and indeed, I still have some of them, reminding me when and how I fell from innocence. Looking back on it now, I see not just the price I’ve personally paid for Ms. Burns’s grooming, but also the immense suffering it has brought to others.

I wish I could say I was the only one, but exactly the same thing is happening to kids across our nation every day. Multiply my experience by a million, 10 million, 100 million — only then can you understand the toll that public elementary school teachers are taking on our children.

* I’ve changed the names of all my teachers, so no one can stop them from continuing their nefarious efforts to get children to love learning.