We All Know Mass Killers Love the AR-15. Now Meet Their Favorite Bullet.

After Uvalde, there’s still no gun control on the horizon. We can start by regulating hyper-destructive expanding ammunition then. 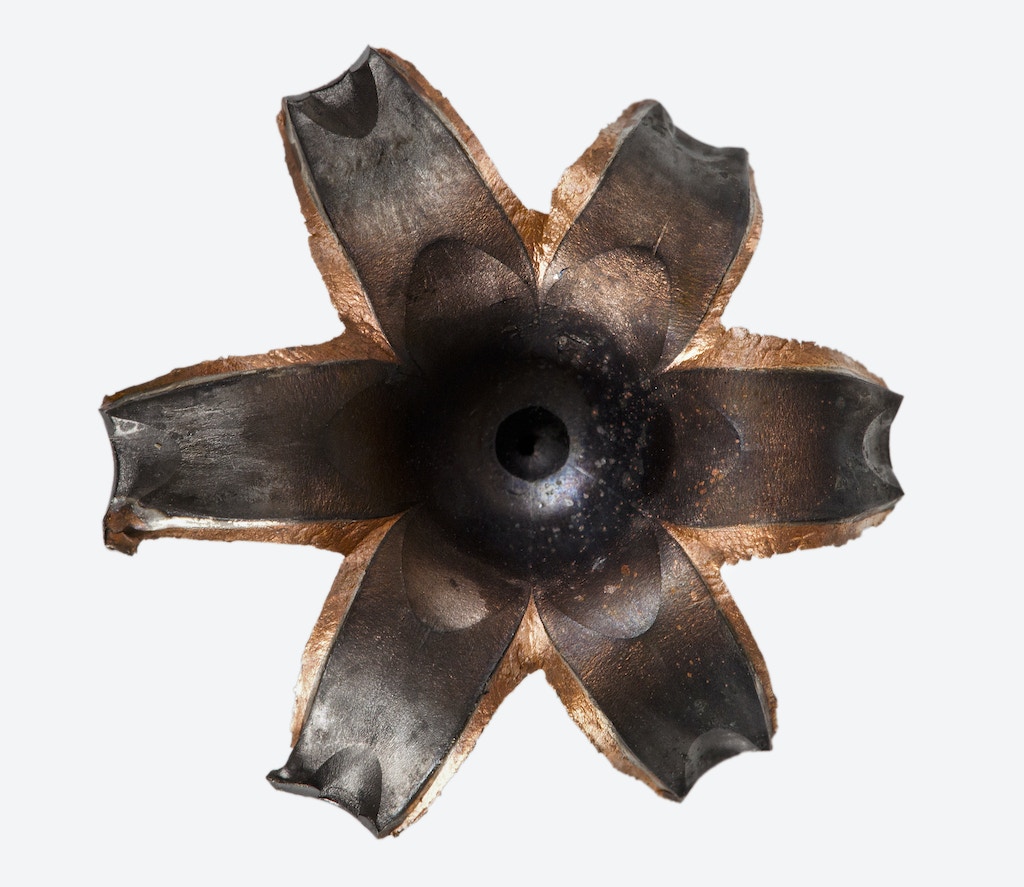 A hollow-point bullet expanded after being fired from a gun.

Many circumstances of this week’s elementary school shooting in Uvalde, Texas, are incomprehensible. That a teenager did not need a license to legally buy two military-style long rifles. That police were unable to breach the classroom in which the rampaging shooter locked himself for well over an hour and, by some accounts, even prompted kids to draw fatal attention to themselves before neutralizing the gunman. That parents were getting body blocked and threatened with Tasers for trying to save their children themselves.

And then there was the damage.

The damage was so severe that agonized parents had to give DNA samples to identify their children. This horrific process would take hours and already hint at the baffling reality that the teenage gunman legally obtained not only a military-style weapon, but one of the most destructive forms of ammunition as well.

As the gunman bragged in his online messages, expanding, or hollow-point, bullets open upon impact to cause more damage to their targets.

The use of expanding rounds on the battlefield is a war crime. The Rome Statute of the International Criminal Court bars their use, and they are prohibited by a declaration of the Hague Convention (the U.S. never ratified the latter). According to the International Committee of the Red Cross, expanding ammunition causes “unnecessary suffering.” When Israel reportedly employed a version of these bullets in the Gaza Strip, Palestinian protesters had to have their legs amputated after being hit by a single bullet.

The U.S. government and proponents of the hollow-point ammunition argue that that bullet reduces harm to nearby civilians, since it’s less likely to pass through its intended target or ricochet. Another reasoning often provided is that it’s necessary for hunting big game, so the animal doesn’t suffer and can be killed in one hit. One hit.

Salvador Ramos, the 18-year-old gunman in Uvalde, purchased 375 expanding rounds. In 2019, a 21-year-old gunman in El Paso, Texas, bought 1,000 of the same type of bullets for his Walmart rampage. The 20-year-old gunman in the Sandy Hook Elementary School shooting managed to stockpile 1,700 of various rounds, including hollow points. None of these mass purchases raised any flags.

Each of these bullets is designed to bring down a thick-skinned 150-pound white-tailed deer in one shot. Yet there is no federal law prohibiting them to be stacked into high-capacity magazines and loaded into weapons of war. Can anybody be surprised that one troubled teenager can massacre both adults and children with such terrifyingly lethal effect?

Right-leaning media is now again straining to find any solution to mass shootings — anything other than increasing regulations on guns. Perhaps, there is an opportunity to increase regulations on ammunition instead.

As the Center for American Progress previously suggested in 2019, after numerous mass shootings that year, the use of hollow points — as well as any other novel ammunition — could be controlled through background checks, seller licensing, age limits, and bulk-sale reporting.

It would be a tiny step toward addressing the mass killings, but it would be more than what was done after the previous 26 school shootings this year so far.