Lula Leads, but Bolsonaro Could Still Win Reelection in Brazil

Brazil’s presidential election in October will be a dramatic referendum on the country’s future. 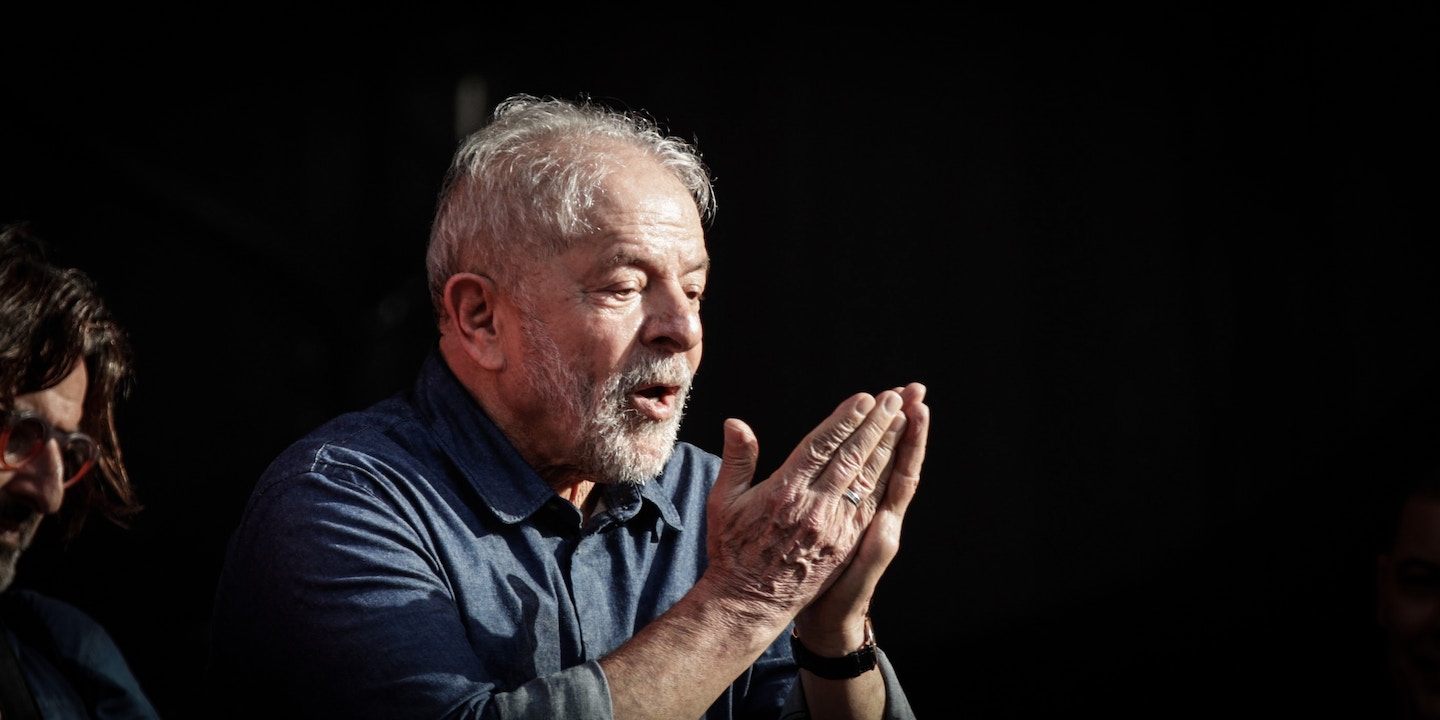 Brazilians are preparing for the most consequential and dramatic presidential election in recent history. Left-leaning former President Luiz Inácio Lula da Silva, known universally as Lula, has seen his lead in the polls waver. He still maintains a comfortable edge of 18 percentage points, according to aggregate polling data compiled by the Estadão newspaper, after slipping to 12 points in early May. With months to go before voters turn out in October, the election is far from the guaranteed victory that many of his supporters hoped it would be.

The race is now essentially a two-way dispute with far-right incumbent President Jair Bolsonaro, who has gained ground in recent months but is being held back by rising prices and unemployment. The matchup between the hard-line former soldier and the ex-labor leader once imprisoned for leading a strike in defiance of Brazil’s military dictatorship will be a referendum on two substantially different visions for Brazil’s future: Bolsonaro’s embrace of right-wing populist culture wars and unbridled neoliberal economics versus Lula’s pitch for a return to social spending to improve conditions for average citizens. If no candidate wins an absolute majority of votes, a second-round runoff will be held at the end of October.

Bolsonaro benefits from the power of his office, his motivated base, and influential political allies. He hopes to sway undecided and anti-Lula voters now up for grabs after right-leaning candidates like former Justice Minister Sergio Moro and former São Paulo Gov. João Doria dropped out of the race. The president is determined to appeal to Brazilians’ conservative sensibilities, as he successfully did in 2018, and distract from the economic downturn and 666,000 Covid-19 deaths that occurred under his leadership. Most voters said that their economic situation has deteriorated under Bolsonaro and that the economy will have a significant influence on their vote.

Bolsonaro’s three and a half years in office have been politically polarizing, defined by his dismantling of many of the most successful social and economic policies that defined Lula’s tenure and the acceleration of bloody social conflicts that trace back to Brazil’s colonial days. As president, he has supported illegal mining and deforestation on protected Indigenous lands; applauded police and vigilante violence against the poor, minorities, and political foes; and pushed deregulation, privatization, and lucrative tax cuts for corporate backers, arguing that these measures would jumpstart the economy.

Since 2019, Brazil has had one of the worst performing economies globally in terms of GDP growth, unemployment, and investment. Tens of millions of Brazilians have become food insecure, a problem now affecting more than half the country. Under Bolsonaro, inflation has tripled to over 12 percent, and the country’s currency has performed poorly against the dollar, raising prices on everything from gasoline to beans.

By contrast, from 2003 to 2010, Lula presided over a period of exceptional economic prosperity and championed measures that reduced inequality. The former union organizer and metalworker left office with an unprecedented 80 percent approval rating. Lula’s reputation suffered damage as the economy soured under his successor and a now-discredited anti-corruption crusade by prosecutors saw him jailed for 580 days. Still, he remained the most popular politician in Brazil and was leading polls in 2018 before the convictions, which have since been vacated, made him ineligible to run for office.

Four years later, he is campaigning on a message of a return to normalcy, decency, and the good years of his presidency. Or, as he prefers to put it, when average workers could afford to “eat steak and drink beer” on the weekends.

In an effort to signal moderation to economic elites, centrists, and repentant Bolsonaro voters, Lula has brought on former São Paulo Gov. Geraldo Alckmin as his vice presidential running mate. Alckmin ran to the right of Lula in the 2006 elections. Now, he has joined a unity coalition meant to appeal to a broad swath of anti-Bolsonaro voters — a partnership that has rankled some on the left.

“I am calm and I am sure that we have all the conditions to win,” Lula said in a radio interview last month. But that confidence may have veered into complacency. The 76-year-old candidate decided to fire his two top communications staffers in April after a series of missteps and a sudden decrease in his polling lead. Bolsonaro’s 2018 win was bolstered by an innovative digital communications strategy and, critics have argued, Lula’s party has failed to keep up.

Lula’s lead is most dramatic among women and younger, poorer, and less educated voters, as well as Catholics, unemployed people, and Black Brazilians, who are a demographic majority. Bolsonaro’s highest approval ratings are among business leaders and the wealthiest voters. He has invested heavily in courting the growing conservative evangelical Christian population, but recent polls show the two candidates in a statistical dead heat among these voters. Nearly 1 in 5 Bolsonaro voters from 2018 now plan to vote for Lula, according to a recent poll.

Bolsonaro, however, has locked in political alliances with powerful friends. In Brazil’s complex system, these partnerships increase a candidate’s access to publicly funded radio and TV advertising time, campaign cash, and well-oiled local political machines with established patronage networks. Last-minute party switching among elected officials earlier this year turned Bolsonaro’s Liberal Party into the largest bloc in the lower house of Congress, a sign of his continued strength.

Meanwhile, in an effort to delegitimize the electoral process, Bolsonaro is again ramping up attacks on the Supreme Court and unsubstantiated claims that the country’s electronic balloting system is susceptible to hacking and fraud. New polling found that the majority of Brazilians now have no or little trust in the country’s voting infrastructure. Bolsonaro has repeatedly suggested that if he does not win in October, it would be due to voter fraud and he would not accept the outcome — a position that has earned direct rebukes from CIA Director William Burns and U.S. national security adviser Jake Sullivan, as well as criminal investigations ordered by Brazil’s Supreme Court and Superior Electoral Court. Bolsonaro’s unsubstantiated conspiracy theories mirror Donald Trump’s refusal to accept his 2020 loss in the United States.

The threat of violence also looms. “I want every good citizen to have their firearm to resist, if necessary, an attempted dictatorship,” Bolsonaro told a crowd at an agriculture expo last month, repeating a common refrain. His administration has slashed restrictions on gun ownership, causing the number of legal firearms in Brazil to triple since 2018.

Like Trump, even if Bolsonaro is voted out of office, his influence and ideas will continue to hold sway over a large segment of the electorate and political elite. Last month, a group of influential reserve generals with ties to Bolsonaro’s inner circle released a detailed plan for right-wing governance over the next 13 years. “Nation Project: Brazil in 2035” proposes to end free universal health care and tuition-free public universities; “limit the interference of the Globalist Movement” in Brazil; and “remove the radical restrictions of indigenous and environmental legislation in areas attractive to agribusiness and mining.”

These military hard-liners and their civilian allies are keeping busy across Brazil to elect ideologically aligned candidates to Congress this October, in hopes of keeping Bolsonaro’s agenda alive and Lula’s at bay whether or not their president is reelected.