The United Nations now estimates that roughly half the population of Afghanistan is currently facing acute hunger. 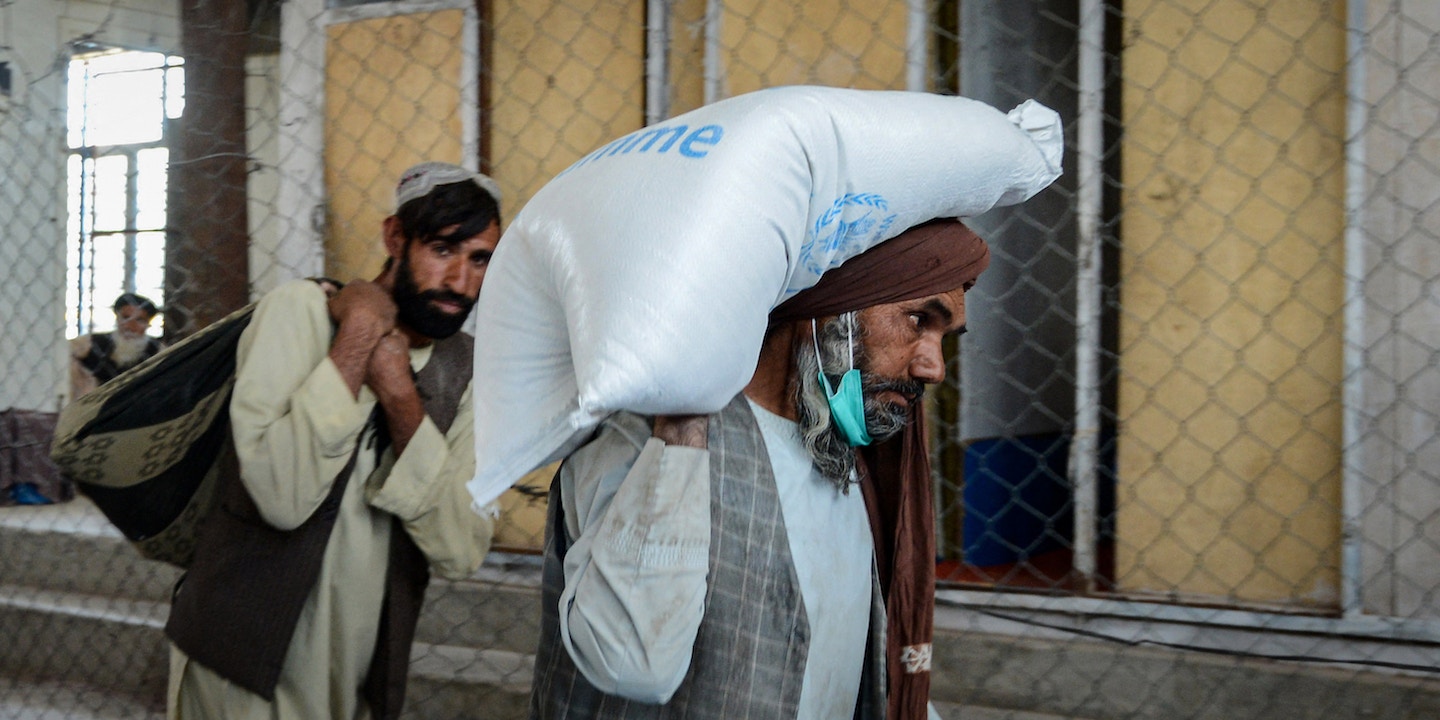 In the midst of the humanitarian disaster triggered by the Biden administration’s decision to seize Afghanistan’s $7 billion in banking reserves, an unlikely coalition of family members of 9/11 victims, Afghan diaspora organizations, and diplomats appointed by the former Afghan government are calling for the U.S. government to take urgent steps to help the Afghan economy. Meanwhile, the largest beneficiaries of President Joe Biden’s action are likely to be lawyers rather than 9/11 victims.

Releasing some of the funds to the Afghan central bank, those calling on the administration argue, would be a means of mitigating the catastrophe now playing out. Though billions of Afghan reserves are now earmarked for the potential benefit of a group of 9/11 victim families who had previously filed lawsuits against the Taliban, other families say that confiscating the savings of ordinary Afghans would be an inappropriate way of obtaining justice for their loved ones.

In an executive order issued in February, Biden ordered half of Afghanistan’s $7 billion in banking reserves to be set aside for some future undetermined use on behalf of the Afghan people, while ordering the other half to be used to settle lawsuits previously leveled by victims of 9/11 against the Taliban. The confiscation of these funds has meant that ordinary Afghans, already reeling from the collapse of the former government, are now facing a liquidity shock that has left many unable to withdraw cash or perform even basic financial transactions.

The impact of all this has devastated the country, already one of the poorest on Earth. The United Nations now estimates that roughly half of Afghans are currently facing acute hunger. Afghanistan’s fledgling middle class, many of whom were reliant on salaries tied to foreign aid agencies to survive, is being driven into dire poverty. A report compiled by a group of aid agencies estimates that as many as 120,000 Afghan children may have been married off to suitors for financial reasons by families desperate to survive.

Kelly Campbell, co-founder of the organization 9/11 Families for Peaceful Tomorrows, recently led a delegation to Afghanistan to observe conditions in the country following the collapse of the government. As she described it, the impact of the economic crisis there was palpable, with the drying up of cash in the economy a major cause of the suffering.

“There are people waiting in bread lines and very poor children with malnutrition visible in public, but there are also many middle-class people rapidly falling into poverty. This is being driven in part because there’s no longer a functioning banking system and people are unable to access their salaries. It’s a problem that humanitarian aid alone is not going to be able to solve,” said Campbell. “The fact of the matter is that these reserves are the Afghan people’s money. The idea that they are on the brink of famine and that we would be holding on to their money for any purpose is just wrong. The Afghan people are not responsible for 9/11, they’re victims of 9/11 the same way our families are. To take their money and watch them literally starve — I can’t think of anything more sad.”

“These reserves are the Afghan people’s money. The idea that they are on the brink of famine and that we would be holding on to their money for any purpose is just wrong.”

The controversy over releasing the central bank reserves stems largely from concerns that the Taliban will use them to solidify their hold on the country. However, even officials who served under the former Afghan government say that the funds should be released as the property of the central bank, which is considered an independent entity from the governing regime in the country. The Taliban are not recognized today by the U.N. or any other country as the official government of Afghanistan, and Afghanistan continues to be represented at the U.N. by a diplomat, Naseer Ahmad Faiq, who was originally appointed by the prior regime. Faiq is now among those calling for the funds to be released to the central bank.

Faiq said that he supports compensation for 9/11 victims and that the international community should continue taking a tough line against the Taliban. But the freezing and confiscation of money owned by the Afghan central bank — and, by extension, ordinary Afghans — has simply compounded the injustice that has already taken place.

“The families and victims of 9/11 deserve sympathy and compensation. We share their agony, and of course they deserve justice. But the people of Afghanistan are also victims of terrorism. For the past 20 years they have been suffering the consequences of the war on terror,” Faiq said. “I am not fighting on behalf of the Taliban or their benefit, I’m representing the Afghan people. No Afghan was involved in the 9/11 attacks, and if their money remains frozen, especially at a time when they are suffering from war, poverty, and drought, it will worsen their conditions. The financial resources of ordinary Afghan citizens do not belong to the Taliban.”

The prospect of a financial windfall from the seized Afghan banking reserves has already set up battles between law firms and lobbyists claiming to represent different groups of plaintiffs affected by the attacks. The lawyers themselves involved in the cases stand to reap hundreds of millions of dollars in fees alone, amounting to upward of $525 million according to a conservative fee structure of 15 percent. Faced with the prospect of such a staggering payday, many lawyers involved have seemingly overcome any sympathy they might have felt for ordinary Afghans suffering from famine. Andrew Maloney, a partner at Kreindler & Kreindler, one of the law firms now intervening to be included in a lawsuit that stands to benefit from the dispersal of funds, told his clients in a call reported by The Intercept, “The reality is, the Afghan people didn’t stand up to the Taliban. … They bear some responsibility for the condition they’re in.”

The spectacle of lawyers and lobbyists fighting over Afghanistan’s meager financial assets while the country is wracked by a devastating famine has angered many Afghan diaspora groups. Arash Azizzada, co-founder of the advocacy group Afghans for a Better Tomorrow, says that his organization has been calling for the Biden administration to act pragmatically to staunch the humanitarian crisis by releasing funds in small tranches — a measure that would give ordinary Afghans access to their bank accounts while allowing ongoing monitoring to make sure that money is not appropriated by the Taliban. The administration has not responded publicly to this proposal, even as the crisis continues and legal efforts to obtain some of the funds heat up.

“It is such a deep miscarriage of justice to cut a diplomatic deal to withdraw from Afghanistan in order to save American lives, and then seize the money of ordinary Afghan citizens on the way out,” Azizzada said. “Afghans are no strangers to injustice, but this is a particularly egregious act of misplaced violence. The people who made up Afghanistan’s middle class not long ago are now on the streets trying to sell vegetables to survive.”

A group of 47 victims of 9/11 known as the Havlish plaintiffs, who were awarded a court judgement in 2006, presently stand to benefit from the money frozen by the Biden administration from the Afghan reserves, though the number of those awarded could increase if other lawyers and lobbyists succeed in efforts to lay claim to the funds for clients.

Aidan Salamone’s father was killed in the 9/11 attacks when he was 4 years old. Though he supports the principle that 9/11 victims should be compensated, he says that the actions now being undertaken to freeze Afghanistan’s funds two decades after the attacks go against the spirit of the original lawsuits. He is now among those calling for the administration to act quickly to unfreeze the funds for the benefit of Afghan civilians.

“I think the Biden administration should have moved months ago to make sure that the entire $7 billion in funds were made available for the Afghan central bank to deal with the crisis there. September 11 families know very well what it’s like to have your life rocked by atrocity,” said Salamone. “To think that these lawsuits are actively contributing to other people suffering through famine-like conditions is really hard to stomach.”