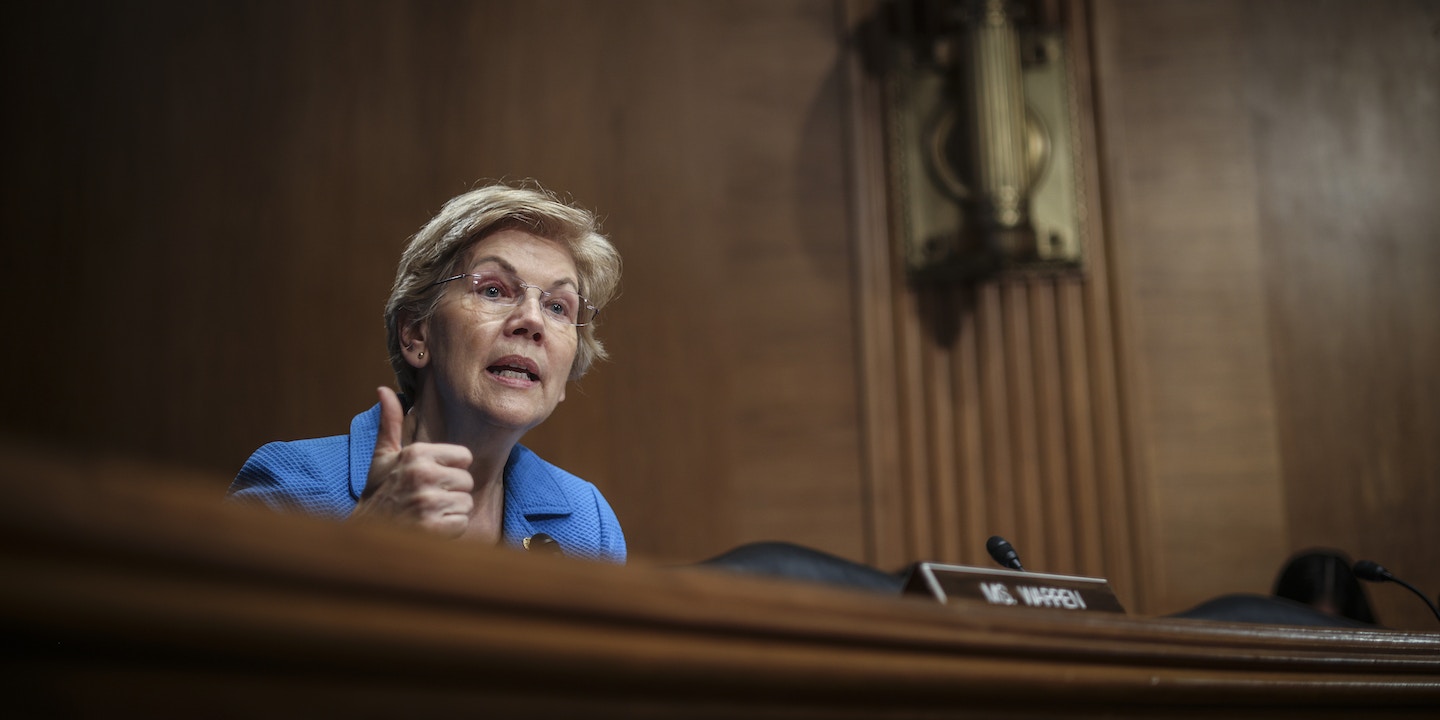 More than three years have passed since a damning Pentagon report brought renewed attention to how defense companies swindle the government. In the intervening time, Congress has done little to close the loopholes that empower them to do so.

In February 2019, the Pentagon’s inspector general revealed that contractor TransDigm Group overcharged the military by at least $16 million — with margins up to 4,451 percent — for various aircraft parts over a two-year period. A second investigation released in December 2021 showed that the same company cheated the government out of another $21 million by pricing items at up to 3,850 percent more than the reasonable cost.

Sen. Elizabeth Warren, D-Mass., and Rep. John Garamendi, D-Calif., will introduce companion legislation Thursday to leverage Congress’s oversight powers and rein in contractors’ price gouging, The Intercept has learned. The Stop Price Gouging the Military Act is timed to coincide with talks on the annual defense policy bill, which is currently undergoing markup in the Armed Services committees. Both Warren and Garamendi are committee members.

Warren and Garamendi’s legislation is long overdue: The recurrence of price gouging was already well known for years before the 2019 report. In May 2011, a Defense Department inspector general audit found that aerospace giant Boeing made about $13 million in excess profits off helicopter spare parts that it sold to the Army. But the more recent scandal unleashed new demands to crack down.

TransDigm built its empire using an unsavory business model to buy up smaller contractors that had monopolies on the supplies they provided to the military, guaranteeing the larger company’s ability to magnify returns. What’s more, TransDigm was able to reap its gains while complying with the weak laws Congress enacted at the behest of corporate interests, wherein a company can get away with hiding cost data from the government during contract negotiations. The revelation was an indictment of lawmakers’ duties to safeguard the government’s wallet.

In January, Rep. Carolyn Maloney, D-N.Y., chair of the House Committee on Oversight and Reform, convened a hearing to probe TransDigm’s profiteering, insisting that “Congress must act to empower contracting officers when they are negotiating with greedy contractors like TransDigm.” She released a “discussion draft” of planned legislation to force companies to submit uncertified pricing information if the government requests it.

Maloney has yet to introduce a final bill, however. This year, she faces a tough reelection in a member-on-member primary against fellow New York Rep. Jerry Nadler — in the wake of redistricting, the two members now share a district home to many Wall Street executives who are likely to resist any reform. Without legislation from Maloney, Warren and Garamendi’s proposal is likely Congress’s best shot to improve the law.

Nelly Decker, a spokesperson for the House Committee on Oversight and Reform, told The Intercept that Maloney plans to introduce her bill soon. “We expect the bill to be even more comprehensive than the discussion draft in addressing loopholes and abuses under current law, including the Truth In Negotiations Act and the exceptions for commercial items,” Decker wrote in a statement.

The problem is especially relevant now, Warren has argued, as corporations are likely exploiting anticipated inflation growth to unfairly raise their prices. Lawmakers and defense officials are simultaneously using the decreasing value of the dollar to demand an ever-increasing military budget.

“There’s no question that inflation is raising costs across the country, but we’ve also seen big companies taking advantage of inflation to jack up prices and to pad their profit margins,” she said at an April 7 Senate Armed Services Committee hearing. “That is a particular problem in industries with lots of consolidation. The defense industry, which had 51 major companies competing for defense contracts 30 years ago, today has five. That is concentration. Price gouging by defense contractors has been a big problem for a long time.”

The industry that provides spare aircraft parts has a steep lack of competition: For many of TransDigm’s deals with the Defense Department, it was the only bidder. The new Stop Price Gouging the Military Act would require a company to share pricing data with the government if it is the sole supplier to submit a proposal on a contract.

Currently, under what’s known as the Truth in Negotiations Act, companies only have to disclose costs during negotiations if the expected value of the contract is more than $2 million. In TransDigm’s case, many of its deals were valued at less than $750,000 — the previous threshold for disclosure until Congress raised it to $2 million in the 2018 National Defense Authorization Act.

As contractors have lobbied for less oversight, Congress “has opened the door,” making it difficult for government contract officers to access necessary pricing data, Scott Amey, general counsel at the Project on Government Oversight, or POGO, told The Intercept. To illustrate the dynamic, he posed: “Would you buy a car without a sticker price on it?”

Defense suppliers also take advantage of lax aspects of the law by claiming that their items are “commercial” goods, allowing them to avoid or delay sharing costs with the government under policies intended to enhance Pentagon relations with the private sector.

“Companies routinely say, ‘It’s a commercial item, and therefore I don’t have to disclose.’”

“Turns out that there is a major hole in the acquisition contracting laws that a company does not have to disclose its costs if the item is commercial,” Garamendi told The Intercept. “There is no definition for commercial that makes any sense, and so companies routinely say, ‘It’s a commercial item, and therefore I don’t have to disclose.’”

The new bill aims to strengthen the meaning to ensure that contractors that exclusively sell their goods to the Defense Department can’t bypass sharing cost data. The provision is based on a proposal that the Pentagon made in 2012 but that was shot down in Congress. In the years since, the government has instead made it easier for companies to avoid pricing accountability when selling items to the military.

While the Stop Price Gouging the Military Act takes steps to address excess profits, it is not a complete fix. Earlier this year, POGO — which has long called on Congress to better regulate defense contractors — identified a list of problems with Maloney’s draft bill, calling the approach “Contract Pricing ‘Whack-a-Mole.’” Warren and Garamendi’s legislation resolves some, but not all, of the oversights the watchdog group identified.

POGO noted that the government often doesn’t require contractors to issue refunds, even though the Truth in Negotiations Act offers that opportunity. Further, the government doesn’t have the authority to suspend vendors from business deals if they do not comply with price-sharing requirements.

Rather than compelling this authority, Warren and Garamendi’s bill seeks to protect the government’s interests in other ways, such as by linking payment with performance and mandating that contractors reveal changes in their costs, gross margins, and pricing strategies to the Defense Department — similar to disclosures made by publicly traded companies.

“We wanted to offer a ‘carrot’ with the proposed legislative pilot that would tie payments to performance,” Garamendi’s office said in an email to The Intercept. “We thought that these provisions, along with the commercial item definition changes, would be comprehensive and had a chance of being passed.”

Update: June 10, 2022
This story has been updated to include a statement from a spokesperson for the House Committee on Oversight and Reform.