Proposed requirements are a major improvement, but experts say they still fall short. 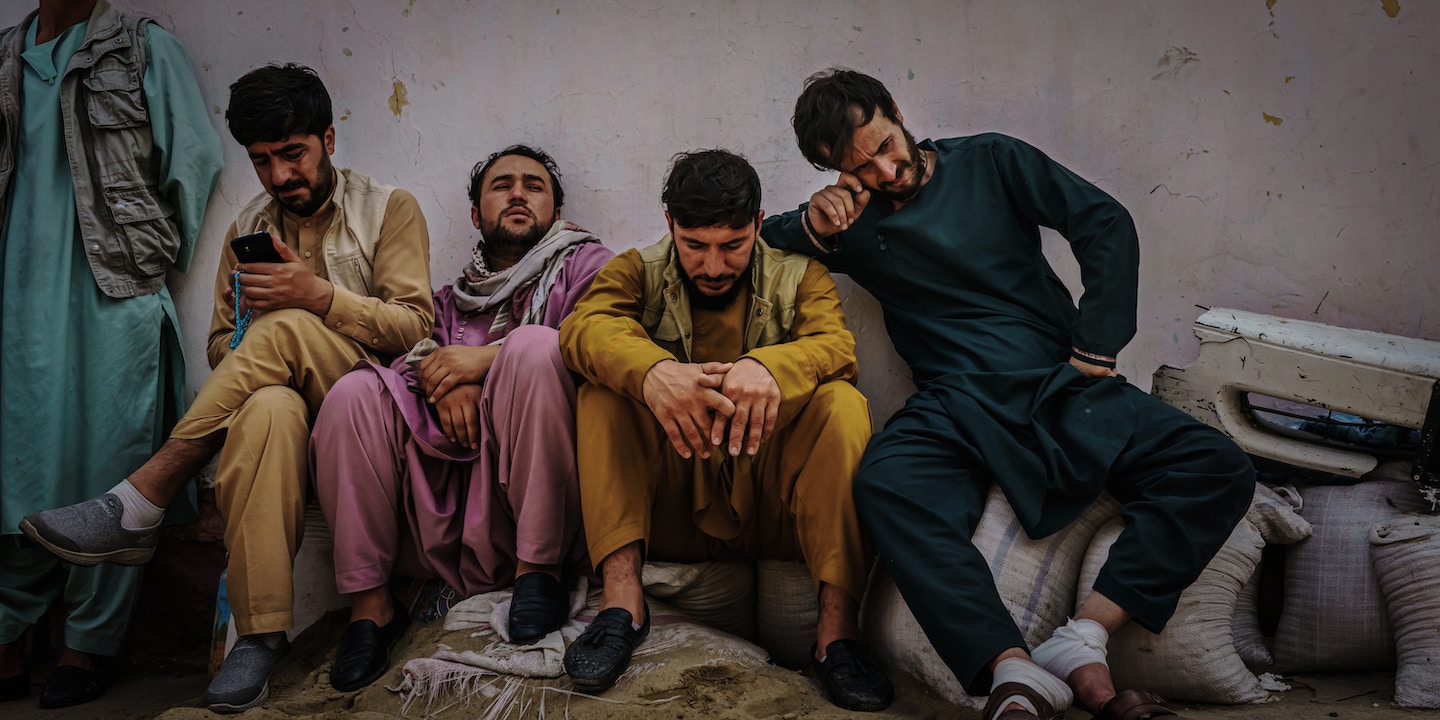 The Pentagon must step up its efforts to track and publicly report on civilians hurt and killed by U.S. military operations, according to an unreleased draft of the 2023 defense spending bill.

The Defense Department must establish a Commission on Civilian Harm and do more to mitigate the impact of civilian casualties, according to a draft version of the National Defense Authorization Act, or NDAA, for Fiscal Year 2023 obtained by The Intercept. The so-called chairman’s mark — House Armed Services Committee Chair Adam Smith’s version of the NDAA — contains legislation and funding recommendations that must still be considered, debated, and voted on. The House Armed Services Committee is slated to consider Smith’s draft of the bill and offer amendments later this week.

“These proposals reflect that after 20 years, the accumulation of reports — by you, by the New York Times, the excruciating reporting on the strike in Kabul last year — led Congress to a tipping point where they felt the need to legislate in order to better understand civilian harm and to do something about it,” Brian Finucane, a senior adviser at the International Crisis Group and former legal adviser to the State Department, told The Intercept.

While the civilian harm measures in the markup appear to constitute a major improvement, especially the requirement to set up the Commission and substantive changes to the Defense Department’s annual civilian casualty report, known colloquially as Section 1057, experts say they still fall short. There is also, they note, no guarantee that the measures will make it to the final version of the NDAA.

“It’s a good improvement, but we wish it went further,” said a Democratic congressional staffer familiar with the document. “We are pleased with the 1057 changes and the COE and Commission on Civilian Harm, and really hope those pieces stay in.”

The draft bill, which was shared with The Intercept prior to its public release this week, contains elements of directives set forth in Defense Secretary Lloyd Austin’s January memo directing subordinates to draw up a “Civilian Harm Mitigation and Response Action Plan” that has yet to be released. The chairman’s mark also bears the imprint of legislation to overhaul the Pentagon’s civilian harm prevention, mitigation, reporting, and transparency policies, introduced in April by Reps. Jason Crow, D-Colo.; Ro Khanna, D-Calif.; Sara Jacobs, D-Calif.; and Tom Malinowski, D-N.J., as well as Sen. Elizabeth Warren, D-Mass.

The chairman’s mark contains proposed changes to the Pentagon’s “Annual Report on Civilian Casualties,” including new requirements to release geographic coordinates of attacks, justifications for the strikes, whether the military conducted any witness interviews or site visits, and information on the number of men, women, and children affected. This last mandate is especially crucial, said Heather Brandon-Smith, the legislative director for militarism and human rights for the Friends Committee on National Legislation, a Quaker group.

It “requires them to look at the human faces of these operations.”

“Obviously, it would all help assess compliance in terms of legal obligations regarding proportionality, but it also requires them to look at the human faces of these operations. These are real people who are being killed, so this is very important,” she told The Intercept. “All of these changes are really welcome and it’s fantastic that Chairman Smith has put them in his mark.”

The Commission on Civilian Harm, as detailed in the chairman’s mark, would be composed of 12 civilians not already employed by the government — including experts in human rights law, U.S. military operations, and other relevant topics — tasked to study the people affected by U.S. military operations as well as Pentagon policies, procedures, and regulations for the prevention, mitigation, and response to civilian harm over the entire so-called war on terror. Experts say it could be a game-changer.

“At a minimum, the commission has the potential to provide the most comprehensive assessment and accounting of civilian harm” since 2001, said Finucane. “There has been a lot of reporting by think tanks, the media, and NGOs on civilian harm, but the mandate of this commission would be very broad and comprehensive and could provide a holistic overview of the harm done by U.S. military operations over the last 20 years.”

The commission, whose members will be appointed by Congress, is tasked to investigate the “record of the United States with respect to civilian harm … by investigating a representative sample of incidents of civilian harm that occurred where the United States used military force (including incidents confirmed by media and civil society organizations and dismissed by the Department of Defense).” The body will be authorized to investigate whether civilian casualties have been concealed by the military, what mechanisms exist for whistleblowers, the effectiveness of oversight by the inspector general, and the accuracy of civilian harm estimates offered to the public. To this end, the group is empowered to conduct hearings and witness interviews, as well as review Defense Department documents and, if useful, visit the sites of U.S. attacks that hurt or killed noncombatants.

The commission also has a mandate to assess whether the military has implemented past recommendations to enhance the protection of civilians and minimize, investigate, and respond to civilian harm, from civil society organizations, Congress, the Pentagon, and other government agencies. The independent body is authorized to assess the responsiveness of the Defense Department to civilian harm allegations and to evaluate how well it has investigated incidents and compensated victims. The 12 members will also assess whether current civilian harm policies comply with international humanitarian and human rights law.

Experts were far less impressed with the bill’s language on the Center for Excellence in Civilian Harm Mitigation, which Austin mandated in his January memo and is directed to “institutionalize and advance knowledge, practices, and tools for preventing, mitigating, and responding to civilian harm.”

The bicameral April civilian harm bill proposed $25 million in annual funding for the center, but such language is absent from the chairman’s mark, along with many other details. “Unlike the legislation governing the commission, the provision on the Center of Excellence is very vague. It doesn’t specify who should be heading it up or what kind of expertise they should have,” said Brandon-Smith. “It also doesn’t come with any funding and it doesn’t specify that there should be new staff with expertise in the relevant areas.”

While experts were optimistic about the proposed changes in the chairman’s mark writ large, they remained cautious as to whether recommendations would be applied and institutional changes at the Defense Department would result. Even though he saw great promise in the Commission on Civilian Harm, Finucane offered a caveat. “The question of whether it will change anything is an open one. There have been a number of blue-ribbon commissions empowered by Congress over the years, which have issued reports that have been read by a half-dozen people and then quietly filed away,” he told The Intercept. “It’s hard to say whether or not the ultimate recommendations of this commission — were it ever to be established — would actually be implemented.”