Today’s 6-3 Supreme Court decision restricting the ability of the Environmental Protection Agency to regulate carbon emissions will benefit power plants and fossil fuel companies throughout the U.S. and profoundly hobble the government’s ability to address the worsening climate catastrophe.

The decision, written by Supreme Court Chief Justice John Roberts and joined by conservative Justices Clarence Thomas, Samuel Alito, Amy Coney Barrett, Neil Gorsuch, and Brett Kavanaugh, finds that the EPA does not have the authority to impose caps on carbon emissions by mandating a shift to cleaner energy sources. The ruling means that Congress, rather than the EPA and its staff of scientific experts, will handle the critical task of curbing greenhouse gas emissions.

“Today, the Court strips the EPA of the power Congress gave it to respond to ‘the most pressing environmental challenge of our time,’” Justice Elena Kagan wrote in a dissenting opinion joined by Justices Sonia Sotomayor and Stephen Breyer. “Whatever else this Court may know about, it does not have a clue about how to address climate change. Yet the Court today prevents congressionally authorized agency action to curb power plants’ carbon dioxide emissions. The Court appoints itself—instead of Congress or the expert agency—the decisionmaker on climate policy. I cannot think of many things more frightening.”

A number of energy magnates and fossil fuel trade groups pushed for the case that could kneecap the agency and boost their profits. But perhaps no one did more to bring West Virginia v. Environmental Protection Agency to the Supreme Court — or ensure that ultraconservative justices would be on the bench to decide in the companies’ favor — than Charles Koch.

The billionaire energy executive who reigns over Koch Industries is known for playing the long game. He bought up pipelines in advance of the fracking boom — and waited calmly until they delivered billions in profits. He invested in obscure, failing companies even though he knew that it would take years before they could add to his bottom line. And he has been cautious as he’s ventured into new markets — his empire now includes glass, pulp and paper, chemicals, agricultural products, and commodities trading — making small acquisitions to see if they’d be profitable before gradually taking over.

Such patience and strategic use of his enormous wealth have benefited Koch handsomely. His net worth has steadily climbed to more than $60 billion. Koch Industries, which makes more than half of its money from fossil fuels and owns refineries, petrochemical plants, and thousands of miles of oil and gas pipelines, is now the second-biggest privately held company in the country. 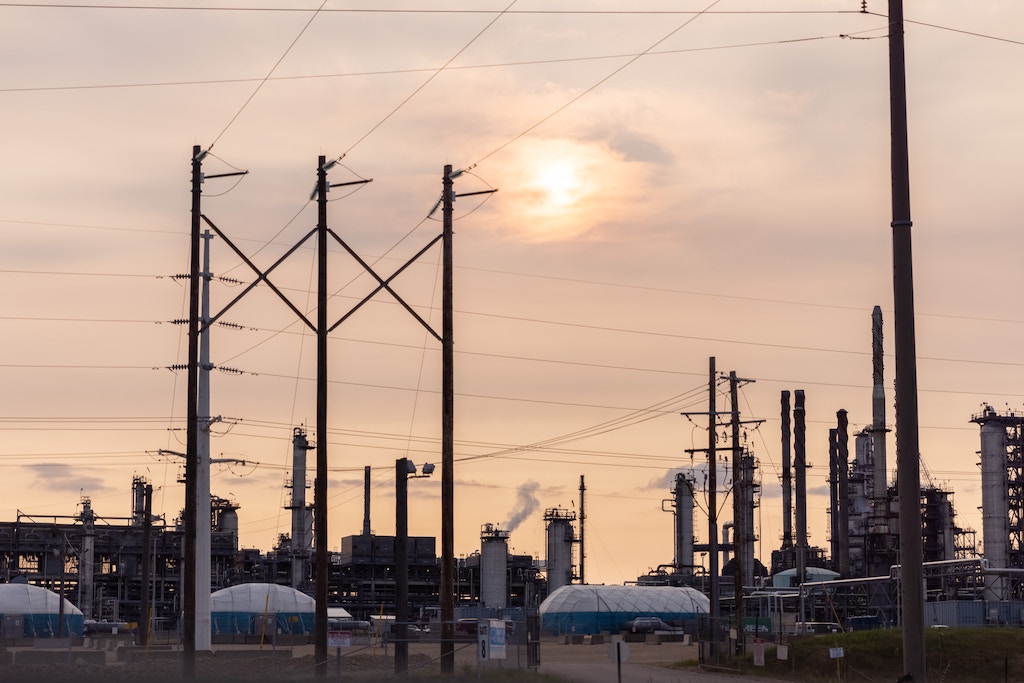 To ensure further growth of his riches even as science showed that the continued use of fossil fuels would accelerate climate disaster, Koch has funneled some of his vast fortune into an extraordinary network of political front groups, lobbying efforts, think tanks, and activist networks that aim to stifle climate action. For decades, the Kochtopus, as some call his many-tentacled political influence machine, has sought to undermine not just the environmental regulation in Koch Industries’ path but also the science and philosophy of government on which it is based.

Koch’s lobbyists and political operatives helped kill a 2009 bill aimed at tackling climate change through a cap-and-trade system that could have cut into his companies’ profits. While the mounting findings of climate scientists led other titans of industry to begin adjusting their business plans to lower carbon emissions, Koch-funded groups were among the first climate denialists, flatly lying about the well-documented planetary trend of global warming and then schooling lawmakers on the alternate reality they had crafted. Koch also pioneered the attack on Republicans from the right, pushing the party into its current extremism.

Today’s Supreme Court decision marks perhaps the biggest payoff yet for Koch’s decades of plotting against environmental regulations — and the most devastating loss for everyone else. Three of the extremist judges who joined the decision — Gorsuch, Barrett, and Kavanaugh — wound up on the Supreme Court in large part because of Koch’s activism and contributions.

Americans for Prosperity, an astroturf political group founded by Charles Koch and his brother David, conducted extraordinary campaigns to put all three judges on the highest bench. To support Kavanaugh’s nomination, the group reached out to more than 1.2 million Americans through mail, phone calls, and knocking on doors, according to a flyer released by the organization. The group also pushed hard for Barrett, whose father worked for Shell and the American Petroleum Institute, a powerful trade group for the oil and gas industry. And it campaigned for Gorsuch, whose mother presided — disastrously — over the EPA under President Ronald Reagan. Charles Koch is also closely connected to Leonard Leo, co-chair of the Federalist Society, a conservative organization Koch has supported directly and through his family foundation.

The case itself can also be tied directly to Koch. The challengers are 27 Republican attorneys general, who were supported by the Koch-funded Republican Attorneys General Association. At least four Koch-funded entities have filed amicus briefs in the case: the Cato Institute, which was co-founded by Charles Koch; the Competitive Enterprise Institute; the New Civil Liberties Alliance; and Americans for Prosperity. Another foundation that filed an amicus brief, the Landmark Legal Foundation, denied receiving Koch funding, though Jane Mayer reports in her book “Dark Money” that Koch helped subsidize it. 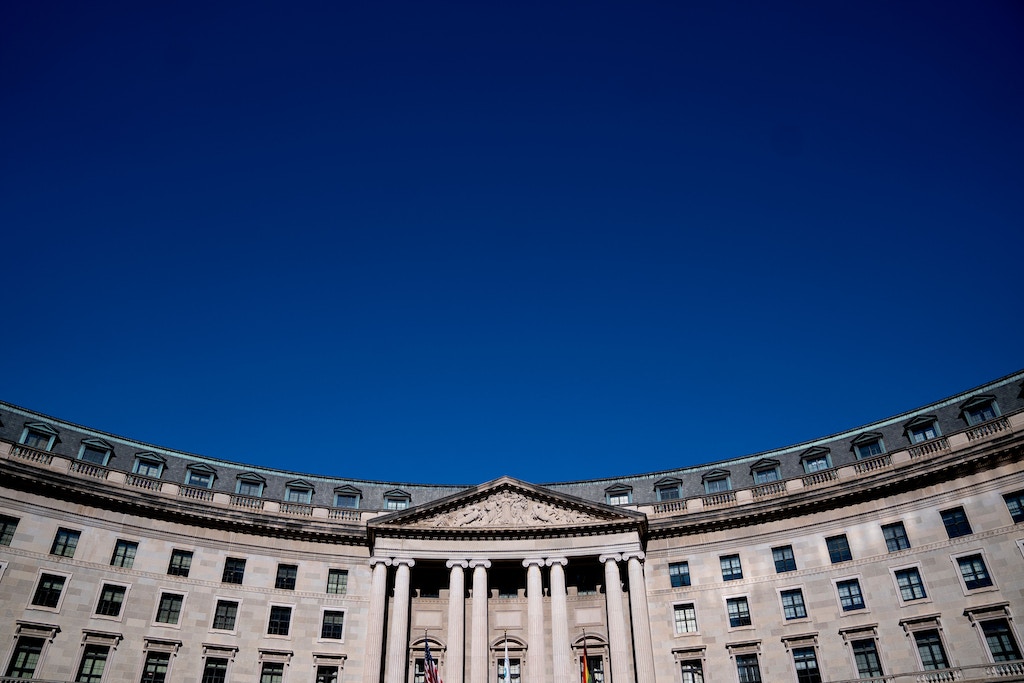 Taking Aim at the EPA

Koch’s antipathy for the EPA began with the founding of the agency in 1970. “It is the one regulatory agency that is on his ass every single day and has authority over all his operations,” said Christopher Leonard, author of “Kochland,” a history of Koch Industries and its political activities. “Every single day this agency is like a traffic cop clocking Koch’s speed on the highway. The EPA is sending agents to inspect Koch’s facilities. The EPA is monitoring the level of pollution coming out of spillways from Koch facilities. Koch has to employ almost buildings full of lawyers just to document their air emissions every year from their refineries, from their natural gas plants, from the Georgia-Pacific plant.”

“The decision takes off the table the approach that was used in the Clean Power Plan, the most efficient, effective way to address these emissions,” said Kirti Datla, director of strategic legal advocacy at Earthjustice. While the Biden administration will still be able to take less sweeping steps to limit carbon, such as requiring emissions controls on individual power plants, “this makes their job much harder,” Datla said.

Now Congress, rather than the EPA’s environmental experts, will be responsible for drafting the highly technical plan for limiting emissions from power plants. The regulatory process is expected to be far slower and less effective, which, according to Lisa Graves, executive director of True North Research, was exactly the point of the suit.

“These politicians in black robes know full well that, with Mitch McConnell in a leadership position doing the bidding of Koch and the oil and gas industry, this Congress will not pass any substantial climate change mitigation legislation,” said Graves, adding that the timing of the decision couldn’t be worse. “Now and in the coming years are the only window we have to really stem the tide of the truly devastating climate changes that are underway.”

The motivations for the West Virginia case go beyond the individual and corporate pursuit of financial gain. “They’re doing it to make more money. But it’s also bigger in the sense they want to cripple the federal government,” said Leonard.

Indeed, the effects of the ruling will likely far surpass the EPA’s ability to limit carbon emissions from power plants. “It’s going to trim back the sets of regulations that they even consider,” said Leonard. “It’s a slow pushback of the EPA and a diminishment of its power over time.”

The West Virginia decision will also likely chasten other federal agencies, according to Datla. “It sends a signal to agencies that if they’re approaching big problems for the first time under their statutory authority, or if they’re tackling an existing problem, but using kind of a new approach, that either the court is going to be skeptical, or at the very least, somebody is going to bring a challenge based on all of the language that is in this opinion.”

Ironically, the decision that weakens the federal government follows on the heels of Dobbs v. Jackson Women’s Health Organization, the ruling that overturned Roe v. Wade and vastly extended the reach of the state to control what people can do with their bodies. That decision, too, grew out of seeds that Charles Koch planted years ago. But the profound step backward for reproductive freedom seems to have been an incidental result of the billionaire’s effort to grow his fortune.

One of Koch’s most effective policy creations is the American Legislative Exchange Council, a right-wing activist network that drafts model state legislation, which is then introduced around the country. “Koch funded ALEC to do stuff like deregulate the utilities industry,” said Leonard. “But what animated ALEC was anti-abortion laws.” Indeed, the grassroots network Koch created took up the issue even as he himself was indifferent about it.

“Koch doesn’t care at all about Roe v. Wade. Religious and cultural issues have zero relevance to him,” said Leonard, who added that Koch saw the abortion issue as a “sideshow.”

In contrast, Koch cares profoundly about West Virginia v. EPA. “This decision represents the culmination of years of attacks by Koch-funded groups on these rules,” Graves said. “It is a win for Charles Koch and the multibillion-dollar oil and gas industry and a huge loss for the American people.”

This article has been updated to reflect the Landmark Legal Foundation’s denial that it has ever received Koch funding.