Rashida Tlaib Is Trying to Fix the Espionage Act, but Whistleblowers Are Probably Out of Luck

The antiquated measure is an abuse of the legal system, but the Justice Department has no incentive to stop using it. 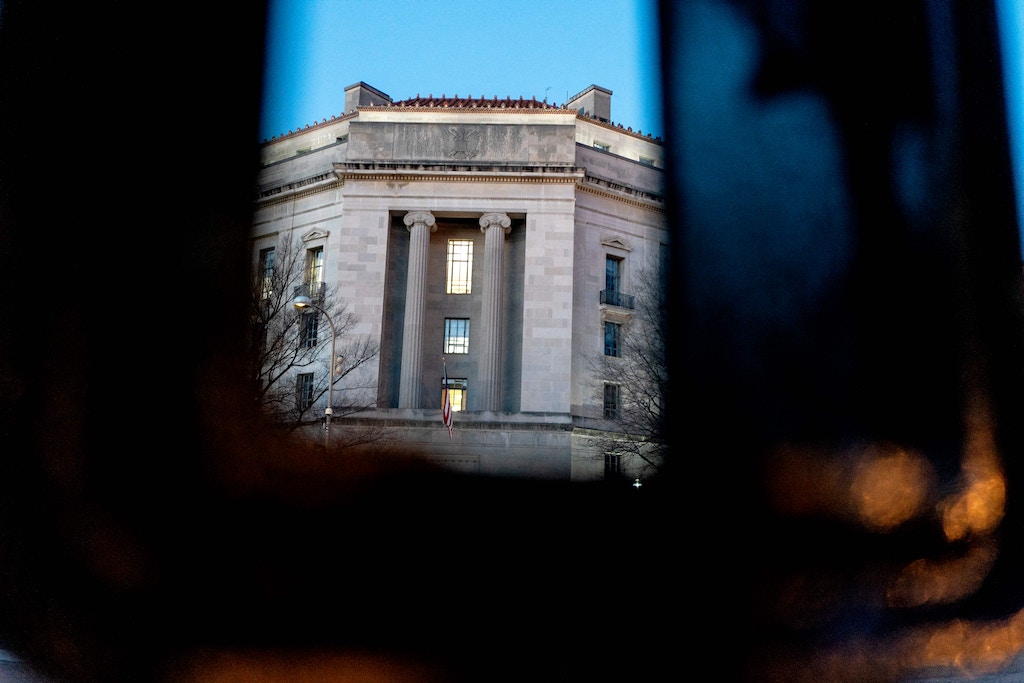 For more than 100 years, the Espionage Act, one of the worst laws in American history, has stayed on the books, impervious to reform.

A relic of World War I, when the government sought to stifle anti-war dissent, the law is so vague and yet so draconian that it has become a handy weapon for federal prosecutors to use against a wide array of targets — often individuals considered politically dangerous by mainstream America. For generations, it was used against American communists; in the 21st century, the Espionage Act has been repeatedly employed against whistleblowers who disclose embarrassing government secrets to the press. The Biden administration is now fighting to extradite Julian Assange, the WikiLeaks founder, so he can be tried under the Espionage Act, among other charges.

It’s easy to see why prosecutors love this antiquated law. Unlike other measures that might be used to prevent the disclosure of classified information, the Espionage Act carries extraordinarily heavy penalties, including life in prison. Prosecutors use the Espionage Act like a cudgel, convincing whistleblowers to plead guilty to a lesser charge, like mishandling classified information, to avoid a lengthy prison sentence. That way, prosecutors get quick convictions without going to trial.

Because prosecutors find the Espionage Act such a useful tool, it is probably not going away anytime soon. It is an abuse of the legal system, but the Justice Department has no incentive to stop using it.

The occasional efforts by members of Congress to reform the Espionage Act have never gotten very far. In recent years, Sen. Ron Wyden, an Oregon Democrat, has tried, and failed, to change it; now Rep. Rashida Tlaib, a Michigan Democrat, is trying again. In an amendment to the massive 2022-23 Pentagon spending bill known as the National Defense Authorization Act, Tlaib would, among other things, allow whistleblowers charged in leak cases to defend themselves by arguing that their disclosures to the media were in the public interest.

One of the worst things about the current law is that there is no way for whistleblowers to argue in court that they had a valid, even laudable reason to reveal government secrets. They are not allowed to explain that what they did was designed to help the American people know the truth about the government’s actions. A so-called public interest defense would be thrown out of court.

That gap in the law led to hypocrisy and tragedy in the case of Reality Winner. The former National Security Agency contractor was arrested in 2017 for anonymously leaking to a news outlet an NSA document showing that Russian intelligence tried to hack into U.S. state-level voting systems during the 2016 election. But while Winner was in jail awaiting trial, the Senate intelligence committee issued a report revealing that federal officials did not adequately warn state officials of the threat to their voting systems from the Russian hackers. Instead, the Senate report found that state officials only found out about the hacking threat from the press. That meant that The Intercept, which published the document along with a story about its significance, provided a critical public service. But even as the Senate implicitly lauded Winner’s actions, she wasn’t allowed to make the same argument in her own defense. Winner eventually pleaded guilty to avoid a longer prison term. (The Press Freedom Defense Fund, of which I am the director, supported Winner’s legal defense. Like The Intercept, the fund is part of First Look Institute.)

Like previous efforts to reform the Espionage Act, Tlaib’s amendment is likely to be rejected, perhaps in the next few days, as the House Rules Committee considers hundreds of amendments to the Pentagon budget bill. (Since the Pentagon budget must pass every year, it gets decked out like a Christmas tree with measures totally unrelated to Pentagon spending. This year, it has become an especially attractive platform for conservative culture warriors. Rep. Matt Gaetz, a Florida Republican and close ally of Donald Trump, has submitted an amendment that would express the sense of Congress “that combating extremism in the military should not be a top priority for the Department of Defense.”)

The Espionage Act will likely continue to withstand reform because few in Congress want to be labelled soft on national security. Like others who go against conventional wisdom, whistleblowers have very few allies.