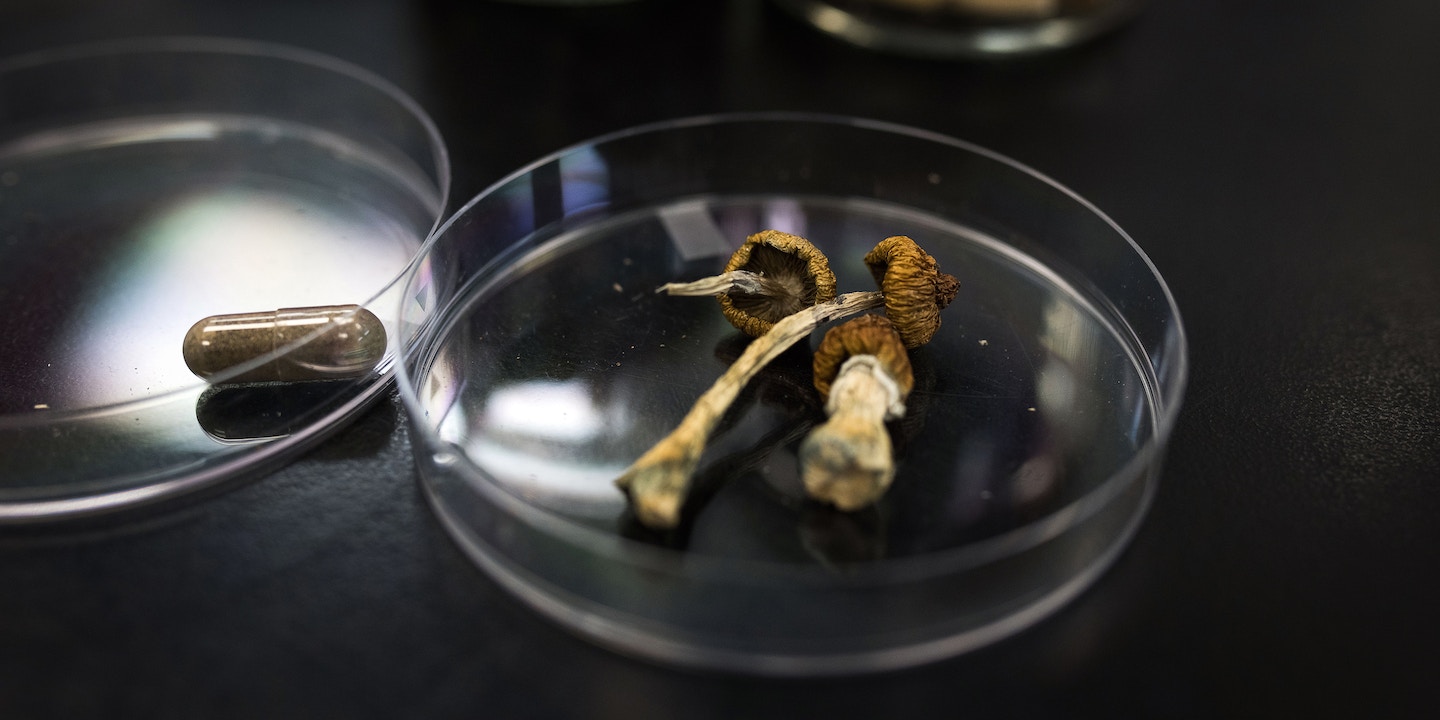 The national psychedelics reform movement received a boost Wednesday, as a pair of amendments that would increase access to psychedelic treatments for veterans and active-duty service members with mental health conditions was adopted by the House of Representatives. The amendments, which were added to the annual National Defense Authorization Act, were offered by Reps. Dan Crenshaw, R-Texas, and Alexandria Ocasio-Cortez, D-N.Y.

The adoption follows a series of successes by the movement against the prohibition of psychedelics. A number of U.S. cities, like Denver and Detroit, have decriminalized some psychedelics in the last four years. In 2020, Oregon legalized psilocybin (the compound that gives hallucinogenic mushrooms their potency) for therapeutic use by any adult over the age of 21. While the amendments offered by Ocasio-Cortez and Crenshaw would only modestly relax federal restrictions on a subset of therapeutic studies, they are an acknowledgment of growing momentum to rethink the harsh restrictions imposed on psychedelics during the war on drugs.

In a floor speech Wednesday, Crenshaw — a Navy veteran — pleaded with members of his party to support his amendment. “Many hear the word ‘psychedelics’ and they think of acid trips from the ’60s,” he said. “What we’re talking about here is the proven use of psychedelics to treat PTSD.”

Despite the similar nature of their legislation, there is little indication that the two representatives worked in concert to secure passage. Crenshaw has drawn scrutiny in the past for claiming to support efforts to expand veterans’ access to psychedelic treatments, only to oppose measures introduced by Ocasio-Cortez that would do just that.

Ocasio-Cortez, for her part, has in the past introduced several measures to expand access, including bipartisan efforts that were identical to the measure adopted by the House on Wednesday, but she declined outreach from her former Republican partner this year. She previously co-sponsored such efforts with Rep. Matt Gaetz, a Florida Republican who was investigated by federal authorities for allegations involving potential sex with a minor, paying for unauthorized sex work, and taking MDMA during some of the alleged episodes.

Gaetz and Ocasio-Cortez ended up introducing nearly identical versions of the amendment. Gaetz’s version of the amendment was ultimately ruled out of order by the House Rules Committee, while Ocasio-Cortez’s was cleared for a floor vote. In testimony to the Rules Committee on Tuesday, Gaetz acknowledged that the two measures were identical and noted that outreach from his office around co-sponsoring the amendment this year went unreturned. “I’ll take the hint,” he said, before speaking in favor of her amendment.

The disjointed nature of the bipartisan effort could complicate adoption of both measures in the final package. While the passage of amendments from members of both parties is a positive sign, the policies’ fates remain uncertain in the Senate. The Senate’s version of the National Defense Authorization Act is typically more conservative, given that chamber’s freewheeling amendment process and the three-fifths requirement to overcome a filibuster. The current draft of the Senate bill, which has not advanced to the floor, does not include amendments to expand access to psychedelic-assisted therapeutics.

The two houses will hash out differences between their respective versions in a conference committee in the weeks ahead, and it is unclear whether proponents can muster the political will to secure final passage for psychedelics reforms.

Crenshaw’s and Ocasio-Cortez’s offices did not immediately respond to requests to clarify whether they would work together to ensure that some version of their proposals becomes law.

Activists are hopeful that the adoption of both measures by the House will put pressure on the Senate to follow suit. “My hope is that the Senate will put bickering aside and include it too,” said Jonathan Lubecky, veterans and governmental affairs liaison for the Multidisciplinary Association for Psychedelic Studies. “If AOC and Crenshaw can agree, it’s hard to fight against it.”

Lubecky, whose story was included in Crenshaw’s committee testimony, knows firsthand how crucial potential reforms could be. He credits a series of psychedelic therapies for his rehabilitation after combat-induced trauma left him with debilitating PTSD that led to multiple suicide attempts. “This should be a wake-up call that these therapies are real and they work,” he said. “I should know — they saved my life.”