Democrats Are Squandering Their Chance to Ban Cluster Bomb Sales

A subcommittee led by Rep. Barbara Lee is embracing a Bush-era policy to let the U.S. skirt international standards. 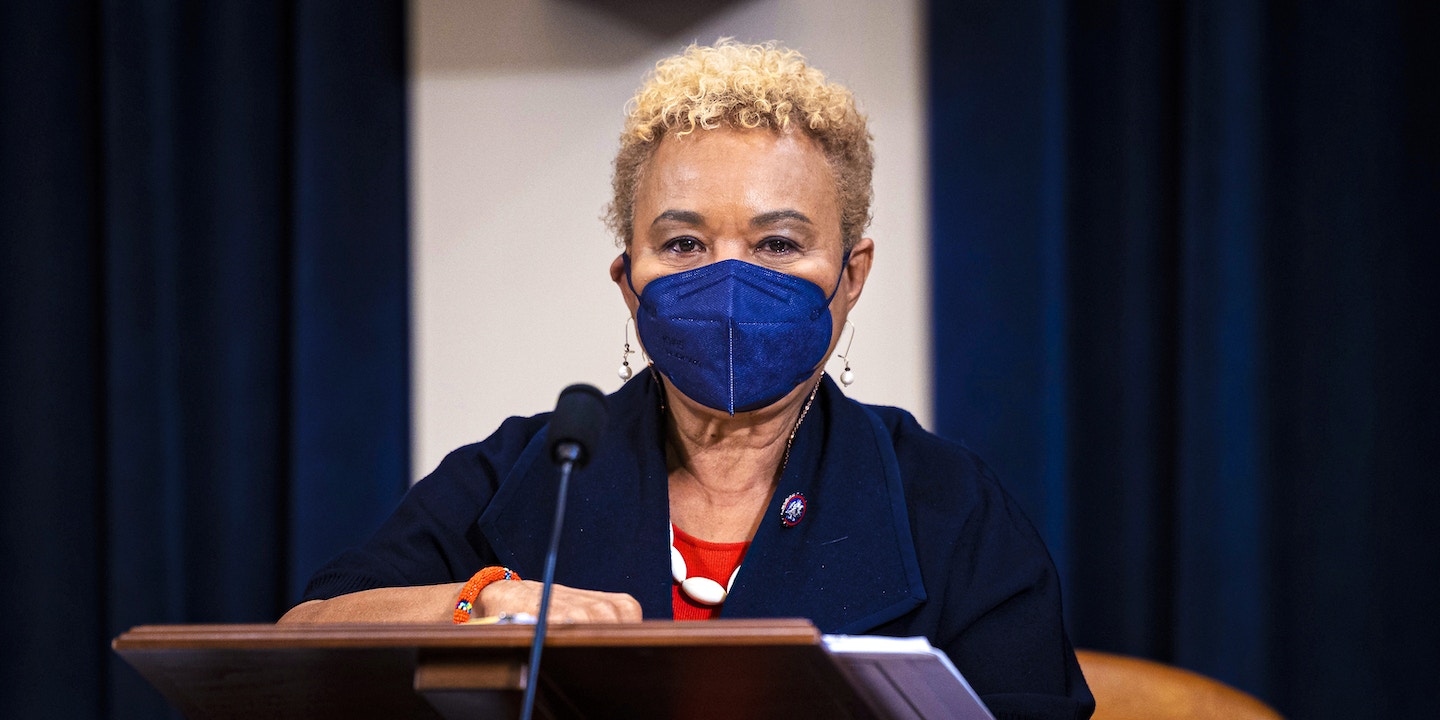 When Russia drew widespread international condemnation for using cluster bombs in its war on Ukraine earlier this year, the U.S. was notably quiet. At first, United Nations Ambassador Linda Thomas-Greenfield criticized Russia’s deployment of the weapons, but the Biden administration quickly stepped in to retract her comments. The episode was an embarrassing reminder of the U.S.’s outdated cluster munitions policy.

Now that policy appears set to continue unabated. As lawmakers move ahead with negotiations over the final pieces of the 2023 fiscal year’s appropriations package, congressional Democrats, led by anti-war stalwart Rep. Barbara Lee, D-Calif., are poised to waste their best — and for the foreseeable future, likely last — shot at permanently ending American sales of cluster munitions.

The standard under international norms — embraced by more than 100 countries, including staunch U.S. allies like the U.K. and prior victims of American cluster bombs like Iraq — is to ban the sales outright, recognizing that their unpredictable method of dispersal makes them particularly liable to cause noncombatant deaths. Lee, as chair of the House Appropriations Subcommittee on State, Foreign Operations, and Related Programs, has repeatedly advocated for a total ban on cluster bombs. “Cluster munitions are outdated and simply cruel,” she said in 2016. “They are indiscriminate killers, serve no useful purpose, and must be discontinued.”

Following the markup of the relevant appropriations bill by the subcommittee Lee leads, House Democrats are on track to once again embrace a George W. Bush-era policy that allows cluster munitions sales to continue with loose restrictions. Senate Democrats have indicated that they will follow suit. Lawmakers in both chambers point to rules that purport to lessen the devastating toll on civilians the weapons are infamous for inflicting, but arms control experts told The Intercept that enforcement is questionable.

When cluster munitions are launched, they disperse into smaller bomblets that rain over the targeted area. While most of those bomblets explode, a considerable portion often do not. Much like land mines, those unexploded bomblets pose risks to civilians and nonmilitary infrastructure for years after a conflict has ended.

Under current policy, U.S. transfers of cluster bombs are allowed as long as the bomblets dispersed by the weapons explode at least 99 percent of the time and purchasers agree to only use the munitions in noncivilian areas. Experts told The Intercept that those restrictions have made a considerable difference to the U.S.’s complicity in the ongoing use of cluster bombs but fall far short of bringing the country in line with international standards.

Over 100 countries have joined the Convention on Cluster Munitions, which bans the use and sale of the weapons outright. When that treaty was negotiated, between 2007 and 2008, the U.S. did not participate, even as an observer. But the international pressure helped set the stage for the current restrictions.

According to Jeff Abramson, a senior fellow at the Arms Control Association, today’s restrictions have led to a massive depletion of the U.S. arsenal of cluster munitions over time. While sales of the munitions remain legal, the high standard on unexploded bomblets has increased the weapons’ costs and lessened their desirability. As a result, he told The Intercept, “at this point, the United States is not really selling, transferring, or using cluster munitions.”

Rather than building on the reduction and progressing to an elimination, the ongoing reluctance to ban the weapons outright opens the door for future sales, Abramson warned. It also harms the U.S.’s ability to apply political pressure on governments that continue to use these weapons.

The Bush-era policy was resuscitated following a brief regression in the early years of the Trump administration, but its inclusion this time around represents a surprising missed opportunity. Lee has been one of the only members of Congress to advocate consistently to rein in the U.S. war machine. As the Armed Services committees and Appropriations defense subcommittees in both chambers have predictably failed to make headway on the issue, Lee’s current powerful seat puts her in a unique and fleeting position to do so.

By custom, appropriations bills originate in the House, so Lee’s subcommittee is responsible for creating the starting position for negotiations. Should Democrats lose control over one or both chambers of Congress in November — as appears increasingly probable — Lee will likely be demoted to ranking member, and the party will lose its advantage in driving policy.

“The SFOPS bill includes longstanding language limiting the sale and availability of cluster munitions, including to ensure that that concerns regarding unexploded ordnance and use against civilians are addressed.  Arms sales are traditionally not in the Committees jurisdiction, but this provision was put in place to protect civilians against unexploded ordinance,” a representative for Lee’s office wrote in a statement to The Intercept. “Without the SFOPS language, there would not be any limitation on the provision of this equipment.  However, the authorization of equipment provided overseas is a larger discussion with other stakeholders.  Consistent with Chairwoman Lee’s longstanding position of the use of such weapons, we continue to monitor closely U.S. government use of these exceptions.”

Erik Sperling, the executive director of Just Foreign Policy and a former House staffer who worked on the issue, expressed surprise at the work produced by Lee’s subcommittee. “She’s always been a strong opponent of cluster bombs,” he told The Intercept. “So I’m surprised to hear that she or her team would want to keep an explicit exemption to allow the U.S. to transfer them in her own bill.”

On the Senate side, where the filibuster enables Republicans to wield some leverage over the process, the corresponding subcommittee is chaired by Sen. Chris Coons, D-Del., a close ally of the Biden administration who has a history of deference to the demands of the Pentagon and State Department. But the larger Appropriations Committee is chaired by Sen. Patrick Leahy, D-Vt., who has a long history of advocacy against cluster munitions and land mines.

Tim Rieser, an adviser to Leahy and the Senate Appropriations Committee, told The Intercept that the Vermont Democrat maintains his unconditional opposition to the munitions. But Rieser indicated that the Defense Department has opposed giving up the weapons — and the Pentagon’s opposition, coupled with the narrow divide in both chambers of Congress, currently makes more aggressive policy changes impossible.

Abramson, of the Arms Control Association, lamented the lack of political will in the Biden administration to finally close the door on cluster munitions sales and transfers. In his view, Russia’s war in Ukraine — which has also seen some uses of the weapons by Ukrainian forces — presents a rare opportunity to align the United States with international norms.

“The condemnation heaped on Russia for its indiscriminate attacks, including using cluster munitions, should have given President Biden the moment to finally reject these weapons,” Abramson said. “The timing was right. The timing is still right.”