In 1970, Roger Freeman, who also worked for Nixon, revealed the right’s motivation for coming decades of attacks on higher education. 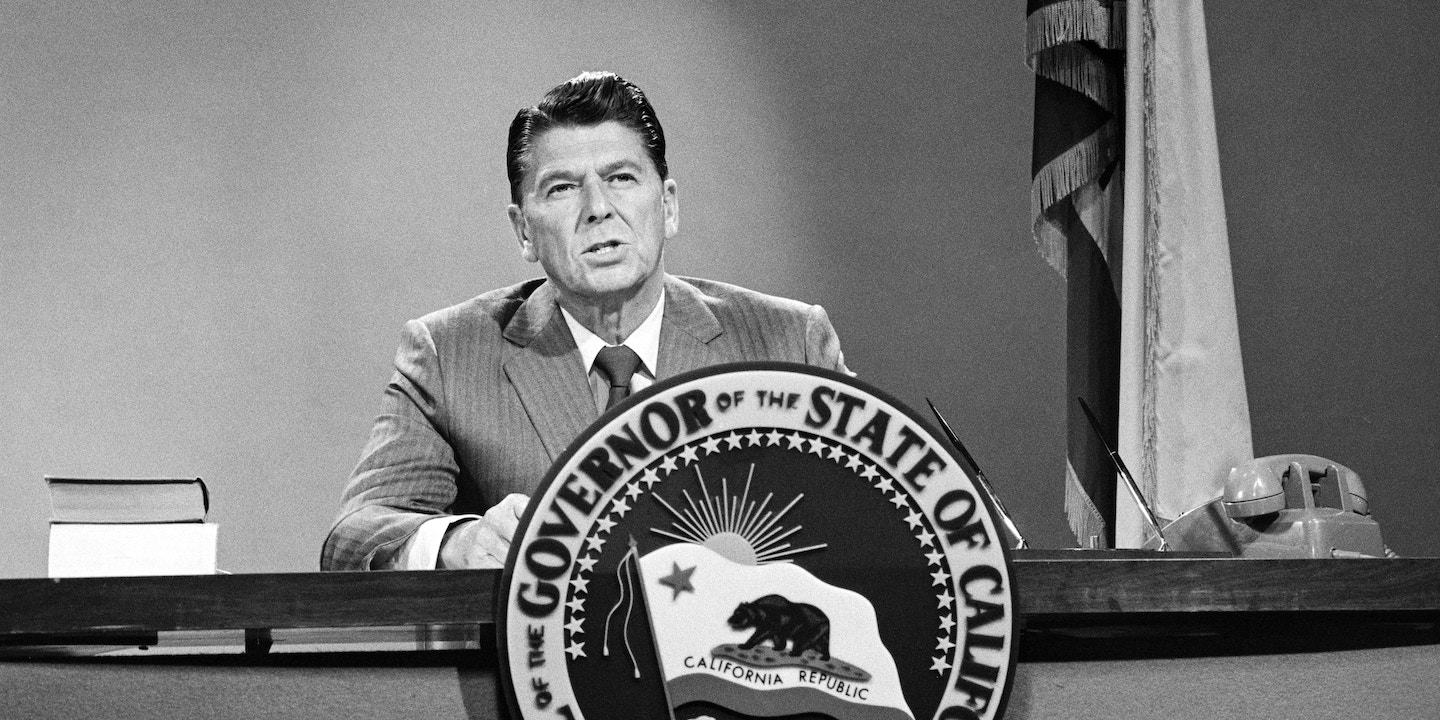 With the vociferous debate over President Joe Biden’s announcement that the federal government will cancel a portion of outstanding student debt, it’s important to understand how Americans came to owe the current cumulative total of more than $1.6 trillion for higher education.

In 1970, Ronald Reagan was running for reelection as governor of California. He had first won in 1966 with confrontational rhetoric toward the University of California public college system and executed confrontational policies when in office. In May 1970, Reagan had shut down all 28 UC and Cal State campuses in the midst of student protests against the Vietnam War and the U.S. bombing of Cambodia. On October 29, less than a week before the election, his education adviser Roger A. Freeman spoke at a press conference to defend him.

Freeman’s remarks were reported the next day in the San Francisco Chronicle under the headline “Professor Sees Peril in Education.” According to the Chronicle article, Freeman said, “We are in danger of producing an educated proletariat. … That’s dynamite! We have to be selective on who we allow [to go to college].”

“If not,” Freeman continued, “we will have a large number of highly trained and unemployed people.” Freeman also said — taking a highly idiosyncratic perspective on the cause of fascism —“that’s what happened in Germany. I saw it happen.”

As Biden cancels (some) student debt, remember why the debt exists. A key Reagan advisor warned in 1970 that free college was producing the dangerously explosive "dynamite" of an "educated proletariat," and "we have to be selective on who we allow to go through higher education": pic.twitter.com/SWqZFRRTuN

Freeman was born in 1904 in Vienna, Austria, and emigrated to the United States after the rise of Hitler. An economist who became a longtime fixture in conservative politics, he served on the White House staff during both the Dwight Eisenhower and Richard Nixon administrations. In 1970 he was seconded from the Nixon administration to work on Reagan’s campaign. He was also a senior fellow at Stanford’s conservative Hoover Institution. In one of his books, he asked “can Western Civilization survive” what he believed to be excessive government spending on education, Social Security, etc.

A core theme of Reagan’s first gubernatorial campaign in 1966 was resentment toward California’s public colleges, in particular UC Berkeley, with Reagan repeatedly vowing “to clean up the mess” there. Berkeley, then nearly free to attend for California residents, had become a national center of organizing against the Vietnam War. Deep anxiety about this reached the highest levels of the U.S. government. John McCone, the head of the CIA, requested a meeting with J. Edgar Hoover, head of the FBI, to discuss “communist influence” at Berkeley, a situation that “definitely required some corrective action.”

During the 1966 campaign, Reagan regularly communicated with the FBI about its concerns about Clark Kerr, the president of the entire University of California system. Despite requests from Hoover, Kerr had not cracked down on Berkeley protesters. Within weeks of Reagan taking office, Kerr was fired. A subsequent FBI memo stated that Reagan was “dedicated to the destruction of disruptive elements on California campuses.”

Reagan pushed to cut state funding for California’s public colleges but did not reveal his ideological motivation. Rather, he said, the state simply needed to save money. To cover the funding shortfall, Reagan suggested that California public colleges could charge residents tuition for the first time. This, he complained, “resulted in the almost hysterical charge that this would deny educational opportunities to those of the most moderate means. This is obviously untrue. … We made it plain that tuition must be accompanied by adequate loans to be paid back after graduation.”

The success of Reagan’s attacks on California public colleges inspired conservative politicians across the U.S. Nixon decried “campus revolt.” Spiro Agnew, his vice president, proclaimed that thanks to open admissions policies, “unqualified students are being swept into college on the wave of the new socialism.”

Prominent conservative intellectuals also took up the charge. Privately one worried that free education “may be producing a positively dangerous class situation” by raising the expectations of working-class students. Another referred to college students as “a parasite feeding on the rest of society” who exhibited a “failure to understand and to appreciate the crucial role played [by] the reward-punishment structure of the market.” The answer was “to close off the parasitic option.”

In practice, this meant to the National Review, a “system of full tuition charges supplemented by loans which students must pay out of their future income.”

In retrospect, this period was the clear turning point in America’s policies toward higher education. For decades, there had been enthusiastic bipartisan agreement that states should fund high-quality public colleges so that their youth could receive higher education for free or nearly so. That has now vanished. In 1968, California residents paid a $300 yearly fee to attend Berkeley, the equivalent of about $2,000 now. Now tuition at Berkeley is $15,000, with total yearly student costs reaching almost $40,000.

Student debt, which had played a minor role in American life through the 1960s, increased during the Reagan administration and then shot up after the 2007-2009 Great Recession as states made huge cuts to funding for their college systems.

That brings us to today. Biden’s actions, while positive, are merely a Band-Aid on a crisis 50 years in the making. In 1822, founding father James Madison wrote to a friend that “the liberal appropriations made by the Legislature of Kentucky for a general system of Education cannot be too much applauded. … Enlightened patriotism … is now providing for the State a Plan of Education embracing every class of Citizens.”

“Knowledge will forever govern ignorance,” Madison explained, “and a people who mean to be their own governors must arm themselves with the power which knowledge gives.” Freeman and Reagan and their compatriots agreed with Madison’s perspective but wanted to prevent Americans from gaining this power. If we want to take another path, the U.S. will have to recover a vision of a well-educated populace not as a terrible threat, but as a positive force that makes the nation better for everyone — and so should largely be paid for by all of us.