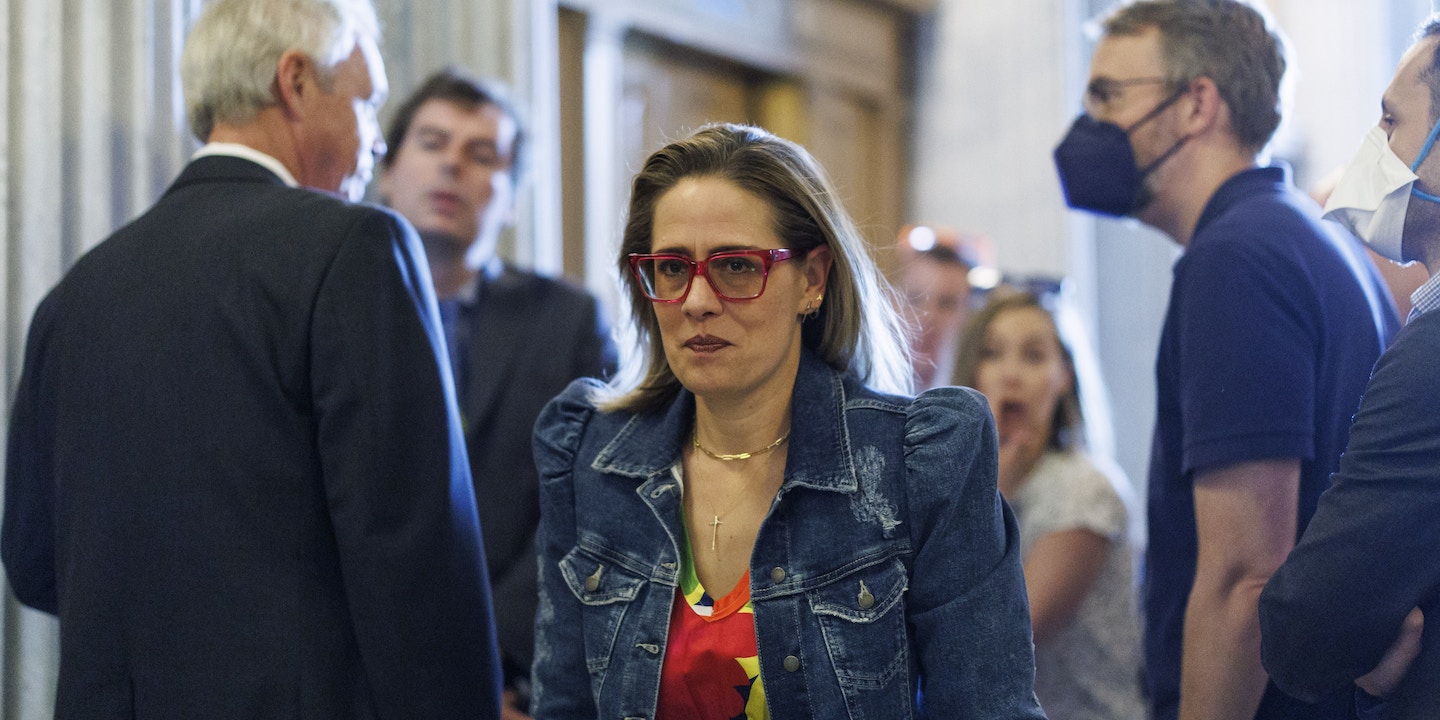 Arizona Sen. Kyrsten Sinema was the one to scuttle President Joe Biden’s choice to head the obscure but all-important Office of Information and Regulatory Affairs, according to sources familiar with the standoff.

The office was created to help speed — or, more accurately, make somewhat less torturous — the process of writing regulations, which requires input from the public, legal reviews, and coordination among a variety of agencies. The office will be crucial for implementing the Inflation Reduction Act, particularly its climate provisions, and with the House and Senate not guaranteed a Democratic majority come January, it could play an outsize role in carrying out Biden’s agenda.

The Biden administration began vetting Ganesh Sitaraman, a law professor at Vanderbilt University, in 2021. On August 24, in a piece criticizing the Biden administration for dragging its feet, Politico reported that Sitaraman’s potential nomination ran into trouble amid concern that “he couldn’t win support from the moderate Democratic lawmakers needed to secure confirmation.” In fact, two sources close to the situation told The Intercept, Sitaraman was on the cusp of being publicly nominated in early spring when Sinema informed the White House of last-minute hesitations, wanting to slow down the process. The sources were not authorized to speak publicly.

Months later, in late spring, Sinema informed the White House that she would oppose Sitaraman. The search for a new head has since shifted to a more centrist candidate, NYU law professor Richard Revesz, according to E&E News, though the White House could also bring on Sitaraman in an acting role or a related position. The Biden administration did this with Neera Tanden, and the Obama administration did so with Antonio Weiss when each failed to be confirmed.

With no single agency driving the regulatory process forward, rules can sit in limbo for years. The Obama administration moved excruciatingly slowly with its regulatory process, leaving key regulations vulnerable to repeal by the Congressional Review Act, or CRA, once President Donald Trump took office. President Barack Obama’s rule regarding overtime for nonsupervisory employees — one of the most significant achievements for the working class during his administration — took until near the end of his term to complete. Because it was finalized so close to the next congressional session, Republicans would have had the option to quickly wipe it off the books using the CRA, though they didn’t need to, because a federal judge blocked enforcement. Avoiding the CRA threat for his own regulatory strategy is a critical priority of Biden’s.

As is standard when Sinema is involved, it’s not clear what constituted her objection to Sitaraman; a spokesperson for Sinema did not respond to a request for comment. The White House declined to comment.

Sitaraman is a former aide to Sen. Elizabeth Warren, D-Mass., and the author of the book “The Public Option: How to Expand Freedom, Increase Opportunity, and Promote Equality.” He’s also a close friend of Transportation Secretary Pete Buttigieg. Sitaraman has also proposed major changes to the Supreme Court.

Though he’s most known in Washington for his Warren connection, he’s far from a fire breather, and even clerked for Reagan-appointed Judge Stephen Williams on the U.S. Court of Appeals for the D.C. Circuit, which regularly reviews federal regulations. One of his books, “The Great Democracy,” was named one of ProMarket’s Best Political Economy Books of 2019. “The Public Option” was picked by Harvard economist Kenneth Rogoff as one of Project Syndicate’s “Best Reads of 2019.”

Sinema faces reelection in the 2024 cycle, and Arizona Rep. Ruben Gallego has already signaled a likelihood of challenging her in a Democratic primary.

Correction: August 26, 2022, 11:49 a.m.
A previous version of this article said the CRA was used to strike down Obama’s overtime rule. Republicans discussed this option, but the rule was ultimately struck down by a federal judge.