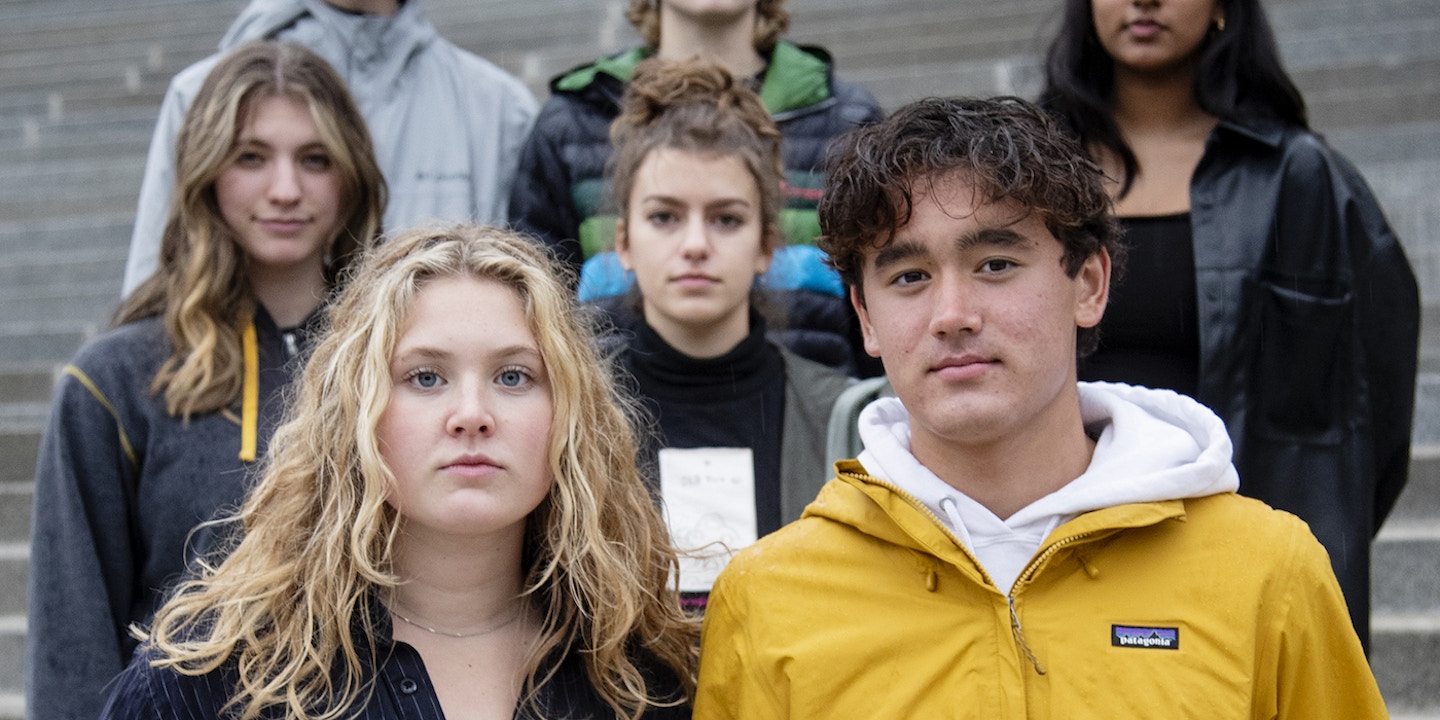 The nationwide campaign to stifle discussions of race and gender in public schools through misinformation and bullying suffered a reversal in Idaho on Monday, when a high school senior vocally opposed to book bans and smears against LGBTQ+ youth took a seat on the Boise school board.

The student, Shiva Rajbhandari, was elected to the position by voters in Idaho’s capital last week, defeating an incumbent board member who had refused to reject an endorsement from a local extremist group that has harassed students and pushed to censor local libraries.

I also thoroughly appreciate all of the constituents who took time to write to the Board on the freedom to read. Book bans have no place in Boise! pic.twitter.com/n9qjVEokhs

Rajbhandari, who turned 18 days before the election, was already well-known in the school district as a student organizer on climate, environmental, voting rights, and gun control issues. But in the closing days of the campaign, his opponent, Steve Schmidt, was endorsed by the far-right Idaho Liberty Dogs, which in response helped Rajbhandari win the endorsement of Boise’s leading newspaper, the Idaho Statesman.

Rajbhandari, a third-generation Idahoan whose father is from Nepal, was elected to a two-year term with 56 percent of the vote.

In an interview, Rajbhandari told me that although he had hoped people would vote for him rather than against his opponent — “My campaign was not against Steve Schmidt,” he said — he was nonetheless shocked that Schmidt did not immediately reject the far-right group’s endorsement. “I think that’s what the majority of voters took issue with,” Rajbhandari said.

The Idaho Liberty Dogs, which attacked Rajbhandari on Facebook for being “Pro Masks/Vaccines” and leading protests “which created traffic jams and costed [sic] tax payers money,” spent the summer agitating to have books removed from public libraries in Nampa and Meridian, two cities in the Boise metro area.

I stand strongly against book bans. Free access to information is the cornerstone of a democratic civil society, and I refuse to back down to extremists. On the school board I will continue to advocate for student dignity and teacher freedom. https://t.co/K7mb1stEdU pic.twitter.com/SOrLRNMsJ0

But, Rajbhandari said, “that’s the least of what they’ve done. Last year, there was a kid who brought a gun to Boise High, which is my school, and he got suspended and they organized an armed protest outside our school.”

Rajbhandari, who started leading Extinction Rebellion climate protests in Boise when he was 15, is familiar with the group’s tactics. “We used to have climate strikes, like back in ninth grade, and they would come with AR-15s,” he said, bringing rifles to intimidate “a bunch of kids protesting for a livable future.”

So when the Idaho Liberty Dogs called on Boise voters to support Schmidt — and a slate of other candidates for the school board who, ultimately, all lost — Rajbhandari told me he texted his rival to say, “You need to immediately disavow this.”

“This is a hate group,” Rajbhandari says he told Schmidt. “They intimidate teachers, they are a stain on our schools, and their involvement in this election is a stain on your candidacy.” Schmidt, however, refused to clearly reject the group, even after the Idaho Liberty Dogs lashed out at a local rabbi who criticized the endorsement by comparing the rabbi to Hitler and claiming that he harbored “an unrelenting hatred for white Christians.”

While the school board election was a hyperlocal one, Rajbhandari is aware that the forces he is battling operate at the state and national level. “Idaho is at the center of this out-of-state-funded far-right attack to try to undermine schools, with the end goal of actually abolishing public education,” Rajbhandari told me. “There’s a group, they’re called the Idaho Freedom Foundation, and they actually control a lot of the political discourse in our legislature. Their primary goal is to get rid of public education and disburse the money to charter schools or get rid of that funding entirely.”

“Idaho is at the center of this out-of-state-funded far-right attack to try to undermine schools, with the end goal of actually abolishing public education.”

“And the way they’ve done that, is with this very well-thought-out attack on teachers,” he added, promoting “baseless claims of ‘indoctrination’” in schools as well as “attacks on LGBTQ youth, with claims of ‘grooming.’”

Last year, when he was 16, Rajbhandari publicly confronted Idaho’s far-right lieutenant governor, Janice McGeachin, telling her that the task force she had set up to “Examine Indoctrination in Idaho Education” was investigating an entirely imaginary threat.

During in-person testimony to the task force, the young activist told McGeachin, who was running for governor at the time, and her running mate, state Rep. Priscilla Giddings, that Idaho teachers were not “indoctrinating students to hate America, as this committee purports.” He went on to accuse the two Republican officials of endorsing baseless conspiracy theories as a political stunt in support of their candidacies.

“And you won’t succeed because despite all your efforts, we Idahoans are smart, we’re educated, and we can’t be fooled into believing that something exists when the opposite is true,” Rajbhandari added. “All across the state, there are young people like me who will vote in the Republican primary for the first time in 2022.”

McGeachin — who was, as Rajbhandari had predicted, ultimately defeated in the Republican primary for governor — had launched the task force by appealing for “information regarding problematic teachings on social justice, critical race theory, socialism, communism, or Marxism” in public schools. But the response from Idahoans was so overwhelmingly opposed to her claims of widespread indoctrination that she refused to make the comments submitted to the task force public until a court ordered her to do so.

A review of the records by the Idaho Capital Sun showed that about 90 percent of the public comments on the subject either denied that Idaho teachers were indoctrinating students or criticized McGeachin for wasting taxpayer dollars “chasing an illusion.”

The initial impetus for Rajbhandari’s run for office was a feeling of frustration that the Boise school board was simply ignoring pleas from student climate activists to make a clean energy commitment. Two years ago, he said, a group of high school and junior high students tried everything they could think of to urge the board to make a commitment to renewable energy. “We sent emails; we did a postcard drive and wrote like 300 postcards; we met with our local power company; we had a petition, we delivered the largest petition ever to our school district,” Rajbhandari said, but the board never responded. “Last year, I wrote a letter to our school board president, just asking for a meeting … and I never got anything back. But I know that he read my letter because about a week later, I was called to the principal’s office.”

“That’s when I knew I was going to run” for a seat on the board, Rajbhandari recalled. “Because that is indicative of a problem. Students are the primary stakeholders in our education, right? And yet our board wasn’t seeing us as constituents, and they weren’t willing to meet with us, and they weren’t taking our ideas seriously,” he said.

One of the most urgent priorities for action from the board, Rajbhandari says, is finding resources to address a mental health crisis in a state that has one of the highest teen suicide rates in the country.

If all goes according to plan, Rajbhandari hopes to serve on the board for the whole school year, then hand over the seat to one of the high school juniors from the district who will shadow him for the year. The idea is to ensure student representation on the Boise school board going forward.

As for his own future, Rajbhandari told me that he is looking at colleges now but is not yet certain about what’s next. “I’m really passionate about climate justice, environmental issues — so maybe study law,” he said. “But I think that’s what school’s for, is figuring out who you want to be. And really, Boise Schools is what made me who I am, and so I can thank my teachers for that.”