Recipients of the firm’s donations include the appropriations chief responsible for funding Florida’s migrant relocation program. 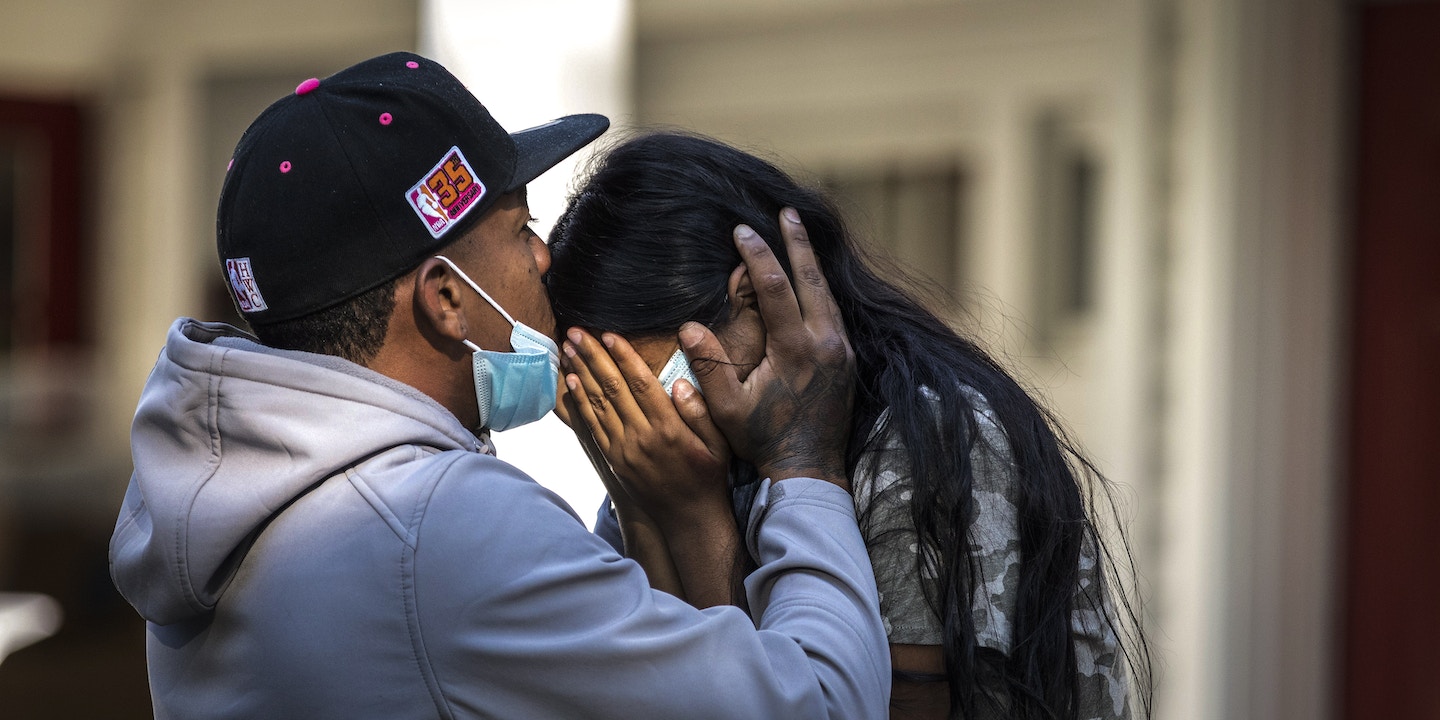 When Florida Gov. Ron DeSantis set out on his stunt to highlight liberal hypocrisy last week, he contracted with Vertol Systems, Inc., to pull it off. For $615,000, the aviation firm founded in Oregon agreed to fly 48 Venezuelan migrants from the San Antonio, Texas, area to the chic Massachusetts vacation destination of Martha’s Vineyard, where they were left to fend for themselves.

It was a political win-win for DeSantis: In Florida, Vertol and its president have contributed exclusively to Republican causes, including to the Florida legislature’s appropriations chief, his DeSantis transportation-appointee father, and the state Republican party, according to campaign finance records reviewed by The Intercept.

The $615,000 represents just a fraction of the $12 million in Covid-19 relief funding that the Florida state legislature, in a budget put forward by its appropriations committee, designated for its migrant relocation program earlier this year. State Rep. Jay Trumbull Jr., who DeSantis has hailed as “a strong ally for my agenda in the Legislature and a great champion for the people of NW Florida,” is the appropriations committee’s chair — and, earlier this year, was the recipient of a campaign donation from Vertol Systems.

His father, Jay Trumbull Sr., was appointed by DeSantis to the Florida Transportation Commission, which is responsible for recommending major transportation policy to the governor and overseeing the Florida Department of Transportation, the state agency that contracted the two private planes for last week’s move. Trumbull Sr. told The Intercept that he resigned from the Commission on June 24.

According to campaign finance records reviewed by The Intercept, Trumbull Jr. accepted a $1,000 donation from Vertol Systems this year for his current state Senate bid. The company, with little public presence, has given to other Florida interests: It contributed $500 in 2006 to failed Republican gubernatorial candidate Tom Gallagher; $2,500 to North Florida Neighbors, a super PAC that backed U.S. Rep Matt Gaetz; and $10,000 to the Florida Republican Party.

Trumbull Sr., meanwhile, is a strong supporter of DeSantis. He contributed $2,500 to the governor’s successful 2018 campaign; and earlier this year, his company, Trumbull Water Services of Northwest Florida, gave another $10,000 to Friends of Ron DeSantis, a state-level political action committee that backs the governor.

After its 1996 founding in Hillsboro, Oregon, Vertol operated out of the Pacific Northwest for more than two decades. It converted to a Florida corporation just under a year ago. The firm also contracts for the federal government: In 2021, the Navy awarded the Vertol a contract worth $112,999 for flight training, and on its recently deleted website, the company described how it provided aircraft combat training to the U.S. armed forces.

Vertol’s president and CEO, James Montgomerie, has contributed previously to Republican campaigns in Florida, including a maximum donation of $2,700 to Gaetz in 2016, when he was a state representative running for U.S. Congress. Montgomerie also gave $5,000 to North Florida Neighbors in 2017.

Neither Vertol Systems, Trumbull Jr., nor Montgomerie responded to The Intercept’s requests for comment.

Florida records show that the state Department of Transportation paid Vertol an additional $950,000 for two more projects related to the “relocation program of authorized aliens” bringing their total under the program to $1,565,000. The money represents about an eighth of the $12 million in federal Covid-19 relief funds that the Florida state legislature authorized to be used for the migrant relocation.

“We’re going to spend every penny of that making sure we get them out of this state,” DeSantis said of undocumented immigrants living in Florida during a press conference last week.

But the migrants that DeSantis relocated weren’t living in Florida in the first place: Primarily Venezuelan nationals, they were reportedly living in San Antonio and had turned themselves into border authorities, likely to pursue the United States’ legal asylum process. Before they boarded the planes to Martha’s Vineyard — a famed vacation destination for Democratic party royalty, including the Obama, Clinton, and Kennedy families — the migrants were given brochures that falsely said they would be eligible for housing, food, job, and clothing assistance, as reported by Popular Info.

“States like Massachusetts, New York, and California will better facilitate the care of these individuals who they have invited into our country by incentivizing illegal immigration through their designation as ‘sanctuary states’ and support for the Biden Administration’s open border policies,” a DeSantis spokesperson said last week, claiming credit for the stunt.

Embracing anti-immigrant rhetoric, Florida’s state law says that the program directing Covid relief to migrant relocation only covers “unauthorized alien” residents, and state Democrats say that it’s unclear if the migrants the Vertol Systems contractors flew last week would qualify. Though the legal system contains various restrictive and criminalizing elements, migrants are legally permitted to reside within the U.S. while their asylum cases are considered.

Regardless, state Democrats maintain that that program is an overreach of the governor’s authority — particularly since the flights originated in Texas, not in Florida.

“Anytime we have an executive or agency spending outside of the authority granted to them by the Legislature, that is something we should all take seriously and that’s regardless of party,” said Florida’s House Democratic Caucus Leader Designate Fentrice Driskell.

The sheriff of Texas’s Bexar County, which contains San Antonio, announced a criminal investigation into the matter on Tuesday, saying in a statement that the migrants had been “‘lured’ under false pretenses” from a resource center in Bexar County before being flown to Florida and then Martha’s Vineyard, “where they were ultimately left to fend for themselves.”

Also on Tuesday, the migrant-led network group Alianza Americas and the law firm Lawyers for Civil Rights filed a federal class-action suit on behalf of the migrants, alleging that they were deceptively offered both material assistance and flights to Boston or Washington, D.C. The defendants include DeSantis and the Florida Department of Transportation.

Tayrn Fenske, a spokesperson for DeSantis, insists the flight was voluntary, pointing to a redacted consent form.

“When people are brought to their front door, they go berserk,” DeSantis taunted last week. “Their virtue signaling is a fraud.”

DeSantis had for months threatened to bus undocumented immigrants to President Joe Biden’s home state of Delaware, as well as to Martha’s Vineyard. The tactic has become increasingly popular among Republican elected officials looking to protest what they see as Democratic inaction on undocumented immigration.

In Massachusetts, the governor is Charlie Baker — a Republican, not a Democrat.