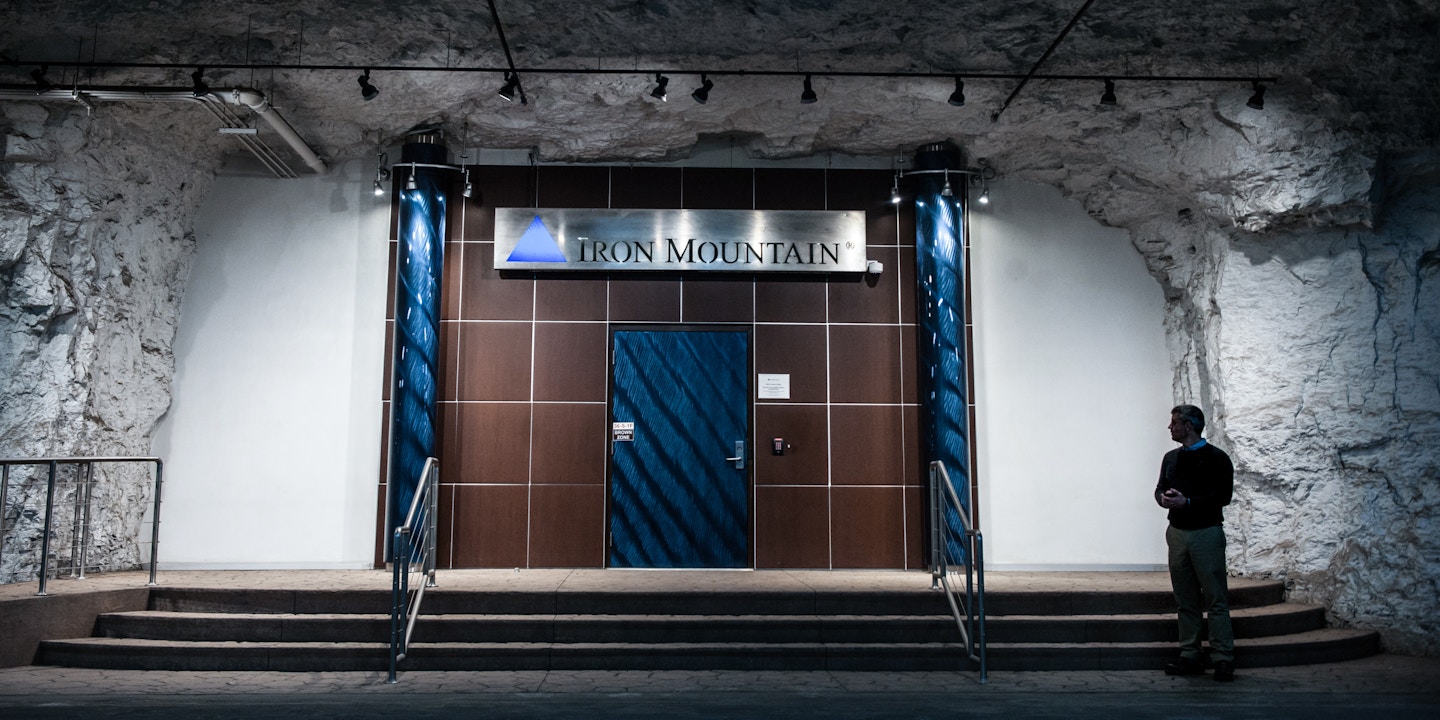 The CEO of Iron Mountain Inc. told Wall Street analysts at a September 20 investor event that the high levels of inflation of the past several years had helped the company increase its margins — and that for that reason he had long been “doing my inflation dance praying for inflation.”

The comment is an unusually candid admission of a dirty secret in the business world: corporations use inflation as a pretext to hike prices. “Corporations are using those increasing costs – of materials, components and labor – as excuses to increase their prices even higher, resulting in bigger profits,” Robert Reich, former Labor Secretary under Clinton, recently argued. Corporate profits are now at their highest level since 1950. Iron Mountain is a data storage and management company based in Boston with a current market capitalization of $12 billion. According to its website, over 95 percent of the Fortune 1,000 are Iron Mountain customers. The company’s founder originally bought its first site, an exhausted iron mine, to grow mushrooms.

It wasn’t a one-off comment by the Iron Mountain CEO, William Meaney. On a 2018 earnings call, he invoked a Native American ritual, telling participants that “it’s kind of like a rain dance, I pray for inflation every day I come to work because … our top line is really driven by inflation. … Every point of inflation expands our margins.”

Iron Mountain’s CFO Barry A. Hytinen also said on an earnings call this past April that “we do have very strong pricing power” and for the company, inflation is “actually a net positive.”

At the September 20 investor event, Meaney explained that “where we’ve had inflation running at fairly rapid rates … we’re able to price ahead of inflation” — that is, increase its prices at a greater rate than the high recent rates of inflation. As Meaney put it, raising prices “obviously covers our increased costs, but … a lot of that flows down to the bottom line.” He also noted that this didn’t just apply to his company: “People are seeing what FedEx, UPS, and others are having to do to actually manage their business and pass on that inflation.”

Later in the event, in response to a question from a JPMorgan Chase analyst, Meaney explained that the company had “been getting north of 200 basis points of price increase” — i.e., 2 percent — in the low inflation environment of the mid-2010s. But, he added, he had then hoped for inflation because “pricing for us is actually slightly accretive on the margin” with higher inflation.

Interestingly, both Meaney and Hytinen expressed momentary regret that what was good for Iron Mountain might be bad for everyone in general. “I wish I didn’t do such a good dance,” Meaney said last week, “but that’s more on a personal basis than on a business model.”

Hytinen told earnings call participants that “we feel for folks” regarding inflation, but “we have a high gross margin business, so it naturally expands the margins of the business.”

The remarks of the Iron Mountain executives go straight to the question of who in the U.S. will pay to bring down the current high rates of inflation. Jerome Powell, the chair of the Federal Reserve, said straightforwardly in May that his goal was “to get wages down and then get inflation down.” In other words, Powell wants regular workers to make less money, which would lower labor costs for businesses, which presumably then would not raise prices as much as they have over the past several years.

The degree to which corporate profits have contributed to prices going up, and what to do about it, has been discussed by some Democrats in Congress and the Biden administration. Last year, President Joe Biden accused oil and gas companies of “anti-consumer behavior,” citing the fact that the two largest companies “are on track to nearly double their net income over 2019.” In May, Democrats introduced legislation to prohibit price gouging by authorizing the Federal Trade Commission and state attorneys general to enforce a federal ban on excessive price increases. But the general subject has only gotten modest traction in the media.

Almost every news story on inflation has pointed out that inflation is now at its highest rate in 40 years. Far less emphasis has been placed on the fact that corporate profits are currently at their highest rate in 72 years. The after-tax profits of nonfinancial corporations averaged about 5 percent of the U.S. gross domestic product from 1950 until 1980. They then dropped until shooting upward again during the 2000s. Currently they stand at above 8 percent of GDP. The 3 percentage point difference between 8 percent and the 5 percent average of the past constitutes over $600 billion a year that otherwise could go to workers or reduced prices.

After-tax corporate profits are currently at their highest rate in 72 years.

Lael Brainard, the vice chair of the Federal Reserve, did make reference to the issue of corporate price increases in a speech earlier this month. “Reductions in markups,” she said, could “make an important contribution to reduced pricing pressures.” She continued:

Overall retail margins — the difference between the price retailers charge for a good and the price retailers paid for that good — have risen significantly more than the average hourly wage that retailers pay workers to stock shelves and serve customers over the past year, suggesting that there may also be scope for reductions in retail margins. With gross retail margins amounting to about 30 percent of sales, a reduction in currently elevated margins could make an important contribution to reduced inflation pressures in consumer goods.

Nonetheless, Brainard made no mention of any efforts by the Federal Reserve to restrain corporate profits. While it does not formally possess any tools to do so, it does have a public pulpit and the ear of Congress. What it does have, of course, are blunt tools to decrease wages and increase unemployment, and it is using them enthusiastically.

The Federal Reserve itself projects a nearly 1 percent increase in unemployment next year, representing over a million people being put out of work, following its aggressive interest rate hikes — the steepest in years. “While higher interest rates, slower growth, and softer labor market conditions will bring down inflation, they will also bring some pain to households and businesses,” Powell said in a recent speech. “These are the unfortunate costs of reducing inflation.”

Neither Iron Mountain nor Meaney responded to requests for comment.