In August, an EcoHealth Alliance award was terminated after the organization failed to turn over records critical to the Covid origin probe. The next month, it got a new grant. 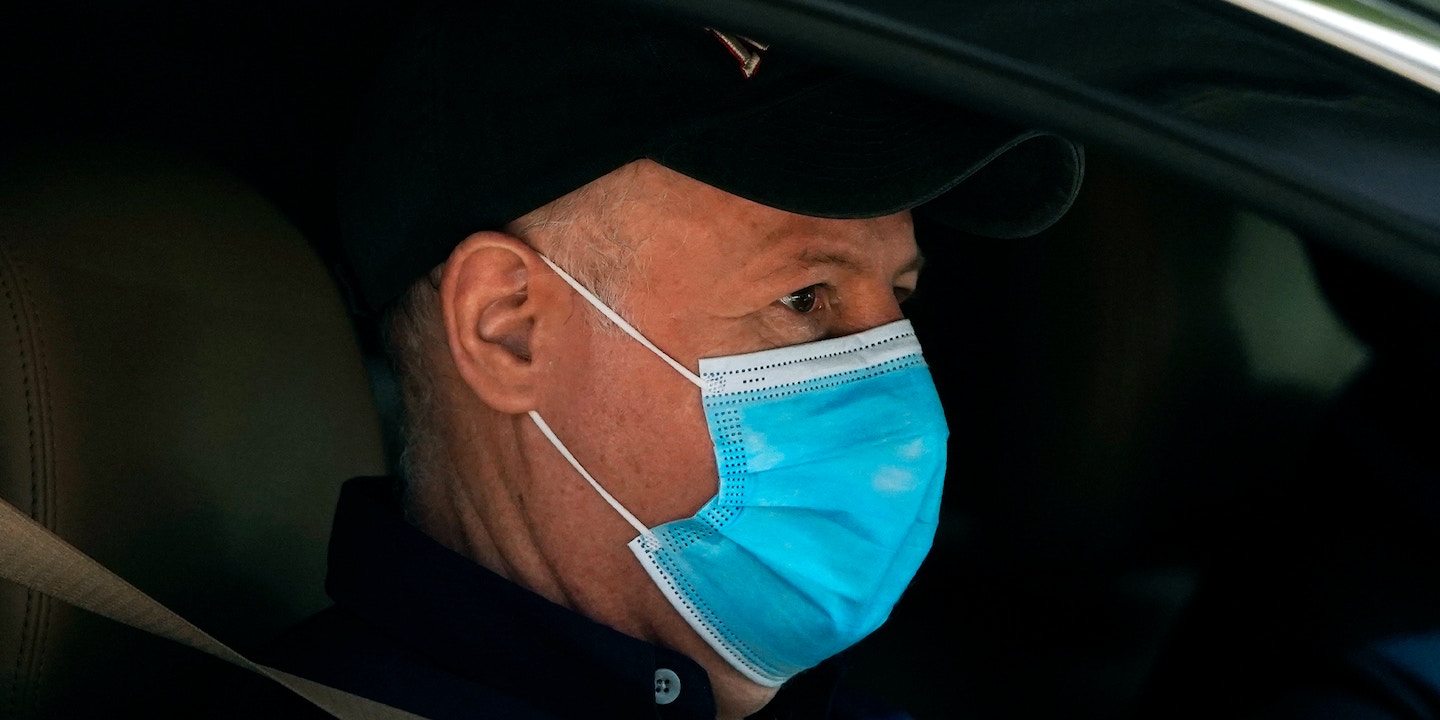 The main U.S.-based scientific organization at the center of the controversy over the origin of the Covid-19 pandemic has won a new grant from the National Institutes of Health for risky bat coronavirus surveillance research, despite losing a previous award for failing to provide records essential to an investigation into that origin.

The grant was awarded September 21 to EcoHealth Alliance, helmed by Peter Daszak, and is titled “Analyzing the potential for future bat coronavirus emergence in Myanmar, Laos, and Vietnam.” The new grant comes despite an open congressional investigation into the organization, which has two other ongoing NIH grants and a third in negotiation.

In August, the NIH terminated a sub-award to the Wuhan Institute of Virology that had been part of an earlier grant to EcoHealth Alliance, telling the House Oversight Committee that the organization had refused to turn over laboratory notebooks and other records as required. “NIH has requested on two occasions that EHA provide NIH the laboratory notebooks and original electronic files from the research conducted at WIV. To date, WIV has not provided these records,” the NIH wrote to the committee. “Today, NIH has informed EHA that since WIV is unable to fulfill its duties for the subaward under grant R01AI110964, the WIV subaward is terminated for failure to meet award terms and conditions requiring provision of records to NIH upon request.”

On August 19, the NIH wrote to EcoHealth to let it know that the sub-award had been terminated for “material non-compliance with terms and conditions of award.” The agency added that EcoHealth could potentially renegotiate the grant without the involvement of the Wuhan lab.

Within weeks of terminating the Wuhan lab funding, the NIH awarded the new grant. The aim of the new research is to identify areas of potential concern for future pandemic emergence in order to help public health authorities suppress an outbreak before it breaks containment. But the process of performing the research introduces the risk of sparking an outbreak that would not otherwise have occurred, a concern highlighted by The Intercept last year: “Virtually every part of the work of outbreak prediction can result in an accidental infection. Even with the best of intentions, scientists can serve as vectors for the viruses they hunt — and as a result, their work may put everyone else’s lives on the line along with their own.”

The new grant proposes to collect samples of viruses from wildlife and then “rapidly supply viral sequences and isolates for use in vaccine and therapeutic development,” likely meaning that the researchers could ship live viruses around the world.

“It is disturbing that additional funding continues to be awarded for the same high-risk research that may have caused the current pandemic, before there has been a national investigation of the origin of the current pandemic,” said Richard Ebright, a molecular biologist with the Waksman Institute at Rutgers University, referring to EcoHealth’s multiple ongoing grants.

The Intercept first reported on one of the grants, “Understanding the Risk of Bat Coronavirus Emergence,” last September; the work described involves research that many scientists characterized as “gain of function,” meaning that it can confer new attributes to make a virus more pathogenic or transmissible. The specific experiments described in detail in grant documents that have so far been made available used viruses that were not closely related enough to SARS-CoV-2 to have caused the pandemic. Critical records remain outstanding. (There is no evidence that the research supported by the new grant would qualify as gain of function, though the full proposal has not been made public, only a one-page summary.)

Another grant, “Study of Nipah virus dynamics and genetics in its bat reservoir and of human exposure to NiV across Bangladesh to understand patterns of human outbreaks,” also involves high-risk collection of viruses. The Southeast Asia hotspot grant was awarded in June 2020, at the height of controversy over the grant covering work in Wuhan.

Early on, Daszak himself was heavily involved in coordinating two global investigations into the origin, before his conflict of interest on the question emerged. Since then, EcoHealth and its partner at the Wuhan institute have impeded the investigation. (Daszak, who did not respond to a request for comment, has previously said that he is cooperating fully.)

Daszak’s NIH grant is also remarkable given that the NIH has repeatedly pressed Daszak for information he has declined to provide. On November 5, 2021, and again on January 6, 2022, the NIH demanded that EcoHealth Alliance provide original laboratory notebooks and electronic files related to the research under investigation as the cause of the pandemic. The records have yet to be provided. Ebright, a critic of Daszak, said it is “disturbing that additional funding continues to be awarded to a contractor that the NIH has reported to have repeatedly and seriously violated contractual terms and conditions of a grant.”

The lack of specific lab records pinpointing a specific accident or mutation that led to the emergence of the novel coronavirus has been used as evidence to discount the possibility of a lab origin, but without access to the records in question, such evidence is unattainable.

In early February 2020, many of the scientists who today are the most vocal advocates of a natural origin theory joined a conference call with Dr. Anthony Fauci and then-NIH head Francis Collins. Ahead of the call, and in notes afterward, they expressed varying degrees of concern that the virus may have originated in a lab. Fauci and Collins, who controlled a large portion of the global funding streams for scientific research, discouraged the pursuit of the theory.

Alina Chan, co-author of the book “Viral: The Search for the Origin of Covid-19,” said she has questions about what new safeguards have been put in place by Daszak.

“Can our scientific leaders, institutions, and journals stop doubling down on approaches that might’ve accidentally caused the current pandemic?” she asked. “Hunting and studying novel bat CoVs has not significantly contributed to the pandemic response.”

Those who’ve probed the question of the pandemic’s origin, from the Lancet Commission established for that that purpose to the world of intelligence, have left it open. “After examining all available intelligence reporting and other information … the IC” — intelligence community — “remains divided on the most likely origin of COVID-19. All agencies assess that two hypotheses are plausible: natural exposure to an infected animal and a laboratory-associated incident,” offers the most comprehensive intel analysis declassified in 2021.

Ebright said we should pause funding of such research without answers to these questions and until “there has been a national discussion of whether research should continue to be performed that offers little or no benefit and poses high risk of causing a next pandemic.”

Democrats in Congress have paid little attention to the NIH funding controversy, but Republicans could soon be in charge of one or both chambers. Rep. Cathy McMorris Rodgers, the top Republican on the powerful Energy and Commerce Committee, is in line to chair the panel in the event of a takeover. On Monday, she slammed the NIH for its continued funding of Daszak’s organization.

“EcoHealth Alliance and Peter Daszak should not be getting a dime of taxpayer funds until they are completely transparent. Period. This is madness,” Rodgers said in a statement. “This further intensifies our extensive commitment on the Energy and Commerce Committee to ensure accountability from the National Institutes of Health for its role in supporting taxpayer-funded risky research without proper oversight of its grantees.”