Top Fed Official: Fed Will “Keep At This” Until Your Savings Accounts Are Drained

Kansas City Fed President Esther George should be celebrated for being honest about how the Federal Reserve works. On Wednesday, the Federal Reserve raised its target for interest rates by another 0.75 percent. The target has now gone up overall by 3.75 percent since earlier this year, a steep increase that is essentially an attempt by the Fed to slam the brakes on the U.S. economy and stomp out inflation.

All 12 members of the Fed’s Open Market Committee voted for the increase. One of them was Esther George, the president of the Federal Reserve Bank of Kansas City. George then did something unusual in an interview with National Public Radio: She told the truth about what the Fed does.

“We see today that there is a bit of a savings buffer still sitting for households, that may allow them to continue to spend in a way that keeps demand strong,” she said. “That suggests we may have to keep at this for a while.”

In other words, the problem today as seen by the Fed is that regular Americans have too much money. And the Fed is going to keep bludgeoning the economy until this is no longer the case.

This is essentially what Paul Volcker famously said in 1979 soon after he took over as chair of the Fed: “The standard of living of the average American has to decline.”

To the ears of normal people, statements like those of George and Volcker sound appalling and outrageous. And perhaps they are. But George is not a monster; she also expressed concern that the Fed was going too far, saying, “I have been in the camp of steadier and slower [rate increases], to begin to see how those effects from a lag will unfold.” You could honestly argue that she should be celebrated rather than blamed for her words: She was being honest about the Fed’s mission and how it functions. 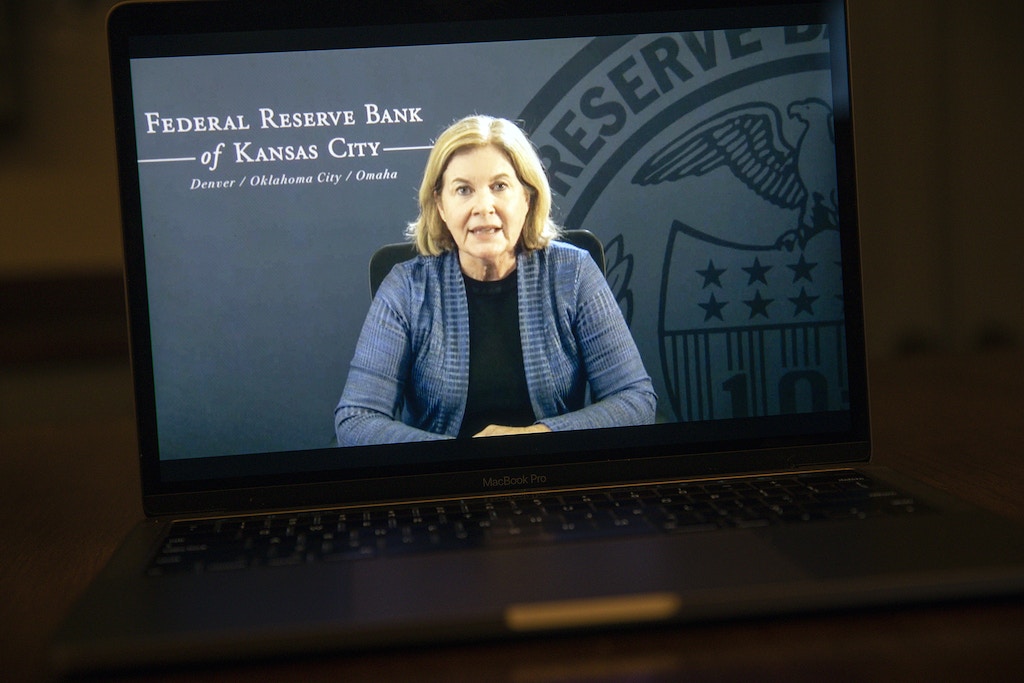 In 1977, Congress formally instructed the Fed that its mission was to “promote effectively the goals of maximum employment [and] stable prices.” But what does this mean? And what happens when these two goals conflict?

In theory unemployment could get so low that regular workers could bid up their wages so fast that inflation would skyrocket. Definitely in practice we know unemployment can be so high that the workers can’t get higher wages, and as the economy grows, all the gains flow to the top.

The Fed sits directly on the fault line generated by the oldest, most fundamental conflict in history: that between rich creditors and working-class debtors.

In any society with huge wealth disparities like the U.S., creditors are always terrified that debtors will get control of the monetary system, print tons of money, and destroy the value of the creditors’ financial assets.

Right now, U.S. households have about $16 trillion in debt, $11.4 trillion of which is mortgages. Another $1.59 trillion is student debt. But thanks to the 14 percent cumulative inflation over the past two years, this $16 trillion today is only worth what $14 trillion was this time in 2020. I.e., $2 trillion has been effectively transferred from creditors to debtors.

This is by no means a straight $2 trillion transfer from the rich to the poor. It’s complicated. Lots of rich people have big mortgages, for instance. But on net, it is indeed a big loss of wealth for the affluent, and a gain for people further down the income scale.

The Fed’s job is to mediate between these two directly opposed interests. Creditors generally want lower inflation and higher unemployment; debtors generally will benefit from the opposite. The Fed’s preferred approach is to pretend that these interests are not opposed.  But George just busted out with the truth: They are.

After a huge increase over the past several years, poorer Americans now enjoy a higher net worth than they’ve ever had in U.S. history. This gives them a little unaccustomed leverage, some wiggle room, the chance to quit their job for a better one, even while, as George puts it, they “can continue to spend in a way that keeps demand strong.”

This is a nightmare for rich creditors. They want this working-class leverage eliminated ASAP and inflation crushed.

The Federal Reserve responds to pressure from rich creditors with alacrity, in part because rich creditors are mostly the only ones who understand the Fed and yell at it. So the Fed is now purposefully trying to slow the economy until people’s savings are gone and they can’t afford to keep buying stuff.

This truth about how the world works is an ugly one. The journalist William Greider explained this in his book “Secrets of the Temple: How the Federal Reserve Runs the Country”:

The economic liquidation, in fact, resembled the form, though not the content, of a primitive religious practice — the pagan ritual of human sacrifice. Some individuals were chosen to serve as victims for the good of the entire society … in moral terms, the process was sadistic, an example of what Thorstein Veblen called the enduring barbarism of modern society.

The economic victims were chosen at random, but mostly from among the weaker groups in the society. The methodology employed by the Federal Reserve to induce contraction … insured that the strongest individuals and enterprises would be able to evade selection. There was this hierarchy within democracy — a hierarchy of vulnerability.

There almost certainly are better and fairer ways of dealing with inflation than human sacrifice. For instance, the central tension between debtors and creditors at the heart of the Fed’s mission would be greatly reduced if we were a more egalitarian country. But we’ll never be able to figure this out unless we’re willing to look directly at reality.