Asian American Democrats in Pennsylvania are combating a flood of misleading ads from former Trump administration officials ahead of the midterms. 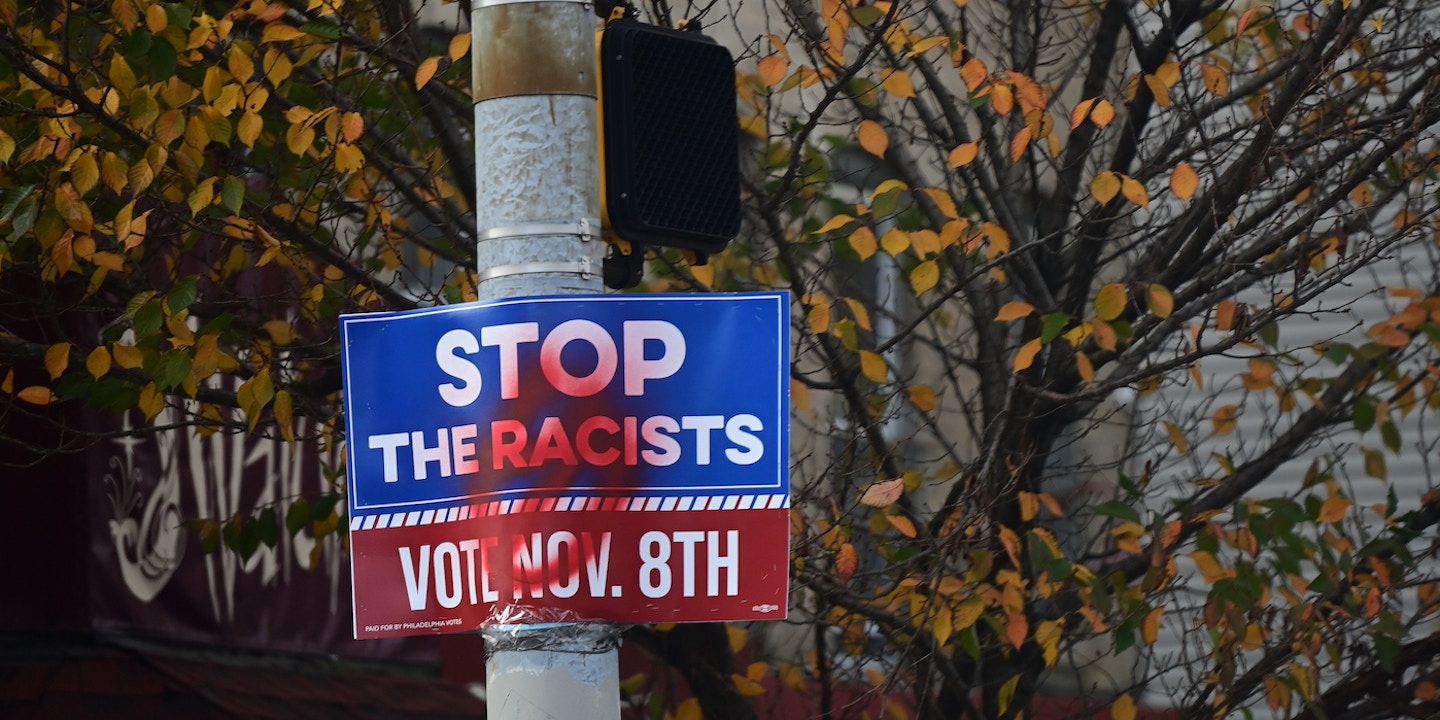 Asian American voters, who could decide close elections in states like Pennsylvania, are being deluged with incendiary, misleading ads sent to their mailboxes, phones, and screens by former Trump aides, including Stephen Miller, in the closing days of the campaign.

Leaders of the Asian American and Pacific Islander community in Pennsylvania have denounced the flood of digital ads and direct mail from Republican groups — which seek to blame Democrats for the spike in anti-Asian hate crimes since the start of the Covid-19 pandemic and cast efforts to combat anti-Black racism as a form of discrimination against white and Asian communities.

“Asian Americans, like many other communities of color and immigrant and refugee communities have had to fight through many barriers to vote — especially misinformation,” Wei Chen, an organizer in the Chinese American community in Philadelphia said in an interview on Friday. “The ads are new; the tricks are not.”

The flyers, which rely heavily on misleading headlines and text from right-wing news outlets, appeared after former Trump aides, who also work with Miller’s foundation, produced a deeply dishonest digital ad. That ad sought to blame President Joe Biden for the rise in racist attacks on Asian Americans, which first spiked in March 2020 when then-President Donald Trump started calling Covid-19 “the Chinese virus” and “the kung flu.”

Hilarious piece of mail from @America1stLegal. There’s a lot to unpack but first, stop trying to lump Asian Americans with white Americans knowing our privileges are not the same, nor do you advocate for us. pic.twitter.com/FvUVbP89S1

@America1stLegal really wants to remove racial bias by implementing racial bias! And then sends the flyer to an Asian. How freaking high are you people? pic.twitter.com/rKTt5KGbu4

Chen told me that while watching Chinese dramas on YouTube recently, the ads blaming Democrats for attacks on Asians that Trump’s rhetoric seemed to incite started popping up on his channel. He took it as an insult to his intelligence and that of his community.

“This kind of ad, the political rhetoric has a real-world impact and our Chinese community and Asian community have to deal with the consequences of racist fear-mongering that Trump and the Republicans and Fox News are putting out,” Chen told me. “Exploiting the pain Republicans have caused our community by blaming Chinese people for Covid and stirring up violence, it’s such a loser’s move. It’s a miscalculation to think that Asian Americans won’t see through it,” he added.

Helen Gym, a member of the Philadelphia City Council whose parents who emigrated from Korea, sees “these horrendous, race-baiting mailers,” as part of a decadeslong effort to suppress the Asian American vote. “I think anything that does the race-baiting and the fear-mongering — ‘You’re not welcome, you don’t count’ — is always an attempt to dissuade, suppress, breed cynicism and fear,” she said in a phone interview.

Gym said that the best way to combat the misleading ads is through direct contact with voters from members of their community. “People need to operate by trust and faith. There’s no question that millions of dollars of mailers flooding into mailboxes can be countered by individuals who are on the ground working with the AAPI community,” Gym told me.

“What you are seeing in Philadelphia in particular over the last few years is an enormous investment in on-the-ground organizers, especially on civic engagement and community work that extends well beyond Election Day,” Gym said.

“Asian American voters have massive power in Pennsylvania, and that power has rattled Republicans so much that they’re lobbing race-baiting misinformation at our people, trying to deceive and manipulate Asian American voters,” Mohan Seshadri, the executive director of API PA, said in a statement.

Chen pointed out that API PA has the reach and credibility to help Asian American voters see through the ads he refers to as “dirty tricks.” “We are talking to tens of thousands of our voters, knocking hundreds of thousands of doors and making millions of calls in 15 different languages,” Chen said. At least 15,000 of those phone calls have been in languages other than English.

Speaking to people in their native languages is important, Chen told me, because Asian Americans who do not speak English at home are “more susceptible to misinformation” in ads that make outlandish claims unsupported by the facts.

Nikil Saval, a Pennsylvania state senator who represents part of Philadelphia, suggested in an interview that the barrage of ads from Miller and his allies seemed like “a kind desperate move,” inspired by the obvious success of Democratic organizing in Pennsylvania’s AAPI community in recent years. “This kind of targeting is in some sense a reaction to that work,” Saval said. It’s an effort, he added, “to kind of siphon off a segment of Asian American voters around issues of public safety or crime — specifically within this framework of white supremacy. It is a white and Asian coalition that they invoke.”

Because Asian American and Pacific Islander voters “are increasingly organized, vocal, and powerful,” Saval suggested, Republicans are trying to incite and weaponize anti-Black racism through the ads mailed out by Miller’s group. “There is this kind of hope that a different kind of white supremacist coalition could be fomented based on this kind of desperate appeal,” Saval told me. “I don’t think it’s going to work, because I think the effort on the other side is much stronger.”