The number of young voters in Georgia more than doubled since 2014, counter to the narrative provided by David Shor. 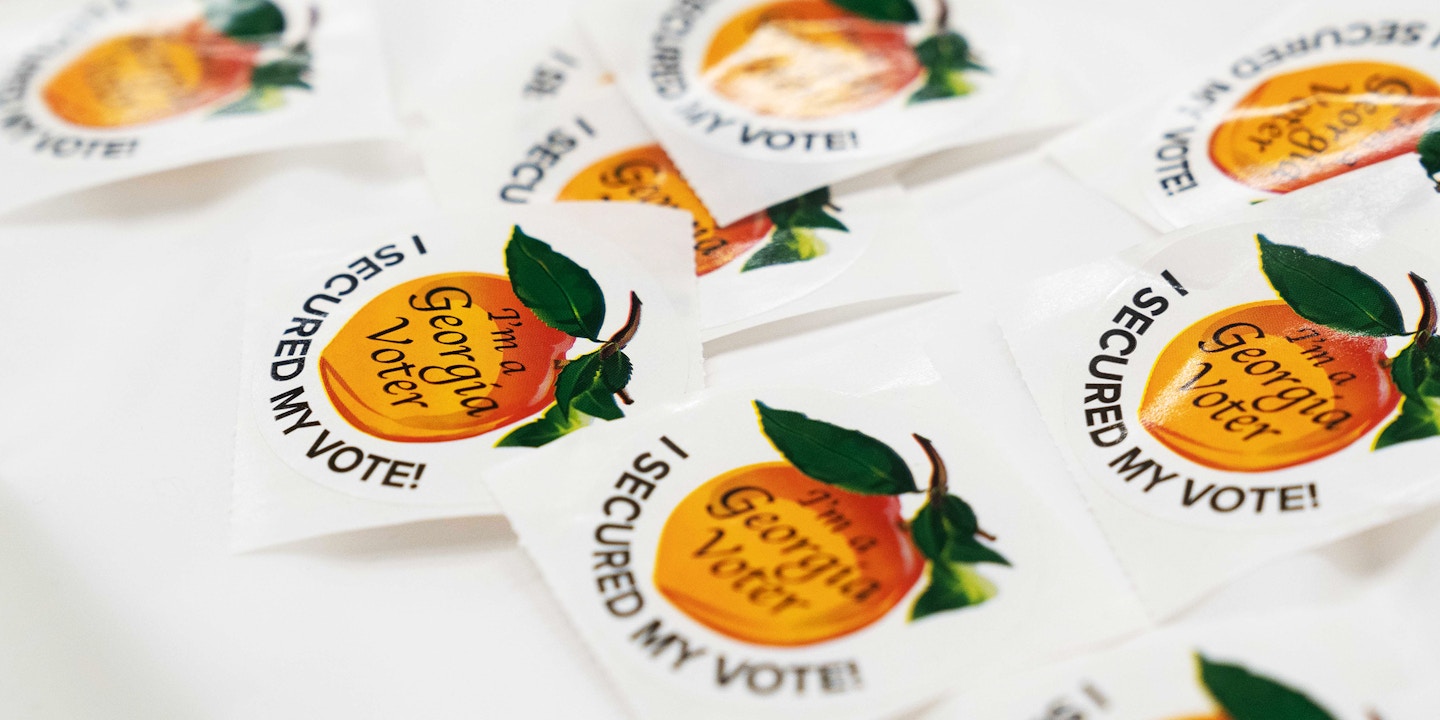 A faction of political strategists known as “popularists” have been working in the days after the midterm elections to solidify a narrative that explains Democratic overperformance not as a matter of robust turnout among young voters and other progressives — which was the conventional explanation coming out of the election — but as the result of persuading independents and Republican-leaning voters to switch sides and vote Democrat.

The narrative aligns with the politics of the popularists, who argue that Democrats ought to hew to a moderate center to win over swing voters, rather than stand for a progressive agenda. The most vocal critic of the media’s credit to young voters for Democratic overperformance has been strategist David Shor.

“There was no ‘Youthquake’ — turnout relative to 2018 was strongly associated with age, with turnout increasing starkly in older counties and decreasing the most in younger counties,” Shor wrote on Twitter. “This [youth turnout] narrative is basically made up and journalists should stop reporting it.”

There was no "Youthquake" - turnout relative to 2018 was strongly associated with age, with turnout increasing starkly in older counties and decreasing the most in younger counties. pic.twitter.com/uElbXisUkI

Instead, he argued, persuasion was at work. “AP votescast data also finds that Republicans outnumbered Democrats in this election,” he wrote. “Democratic candidates won anyway because they both won independents and convinced many self-identified Republicans to vote for them!”

In a follow-up post, he wrote, “We now have fully completed individual level administrative vote history in Georgia — it seems like there was a substantial drop in relative turnout among young people, with 2022 seeing relative turnout rates much closer to 2014 than to 2018.”

We now have *fully completed individual level administrative vote history* in Georgia - it seems like there was a substantial drop in relative turnout among young people, with 2022 seeing relative turnout rates much closer to 2014 than to 2018. https://t.co/S60rR582Nt pic.twitter.com/FdCr8Qh1yf

There’s no question that persuading voters to switch sides is an important component of politics. But the way Shor did his calculation obscures the explosion in voter turnout that Democrats have seen since 2014.

The key is in the word “relative.” To get a relative rate, it matters heavily what the denominator is. The denominator in Shor’s data for Georgia is registered voters. But in late 2016, Georgia implemented automatic voter registration, and the number of registered voters skyrocketed, particularly among young people. So even if the total number of young voters surged, the rate would stay similar. And, indeed, a closer look at the numbers shows that young voters in Georgia did indeed surge to the polls in much higher numbers than in 2014.

The next midterm election, in 2018, came with Donald Trump in the presidency and a youth movement around gun violence following the Parkland shooting, leading to an unquestionable surge in turnout. The total number of voters climbed from 2.9 million to 4.08 million.

If we throw voter registration out — since the introduction of automatic registration makes a reliable comparison across years impossible — and only focus on the rate of eligible voters who turned out, the numbers are stark. In 2014, just 28 percent of people ages 18 to 34 voted, for a total of 535,000. In 2018, 42 percent of those eligible young people voted —  a 50 percent jump over 2014 —  for a total of 935,000 people.

For a direct comparison, we can’t use census data, which won’t be available for some time. Census data is also not as accurate as data pulled directly from the voter file, like the kind of research done by Democratic consulting firm TargetSmart.

Complete 2022 numbers from TargetSmart aren’t public yet, but CEO Tom Bonier said the final youth vote in Georgia will represent 10.9 percent of the electorate, a substantial increase over 2014, but lower than 2018 (and slightly closer to 2018 than 2014). What makes the increase that much more impressive, of course, is that the overall turnout massively expanded as well. Making up 7.9 percent of 2.6 million is a much smaller total number of young voters than 10.9 percent of 4.1 million. In fact, the total number of young voters casting ballots in 2022, given those numbers, will be more than double the number of young people who voted in 2014. The total population of Georgia was 7.3 million in 2014; now it’s over 10 million. But that means the rate of increase among young voters substantially outpaced the rate of population growth.

Shown the TargetSmart numbers, Shor agreed that the automatic voter registration law may make the comparison to 2014 difficult. “My numbers show proportions of registered voters,” Shor said in a direct message. “Comparisons to 2014 are tricky because Georgia implemented pseudo-AVR after 2016.”

“It’s possible if you make the denominator adult eligible population things look better for the 2014 comparison,” he continued. “Though that’s hard because we don’t *really* know the number of young adults over time. But turnout was definitely down quite a bit from 2018. This generally has to be contextualized with turnout for Biden voters clearly having been below Trump voters.”

The robustness of youth turnout is doubly impressive given the scarce resources devoted to it in 2022. In 2018, NextGen, the Tom Steyer-funded youth voter turnout machine, spent $33 million reaching young people. After Steyer’s failed presidential bid in 2018, he stepped back, spending $20 million in the ‘22 cycle. The group registered 258,000 voters in 2018, and just 78,000 in 2022. They don’t list Georgia as a state they worked in in 2022, though a spokesperson said they are committed to contacting 1.4 million voters in the Georgia Senate runoff.

More broadly, the universe of organizations built up over the years to register young voters has withered. The United States Student Association, the oldest of them, has effectively disappeared. Vote.org went through a period of tumult and split into two rival organizations, with its fundraising falling amid the turmoil, before rebounding to a new high, according to its most recently available tax returns. A Vote.org spokesperson said the group registered 173,275 new voters in Georgia over the past two cycles. The Center for American Progress shuttered its youth voting arm. That young people still powered Democrats to victory speaks to the potential of a coalition that responds to their interests.

This story was updated to include data provided by spokespersons for NextGen and Vote.org.

The story was also updated to include a new chart with final vote totals in five states.