Donald Trump Is Out of Power — and Out of Luck

The ex-president is finally fair game for an entire legion of lawyers. 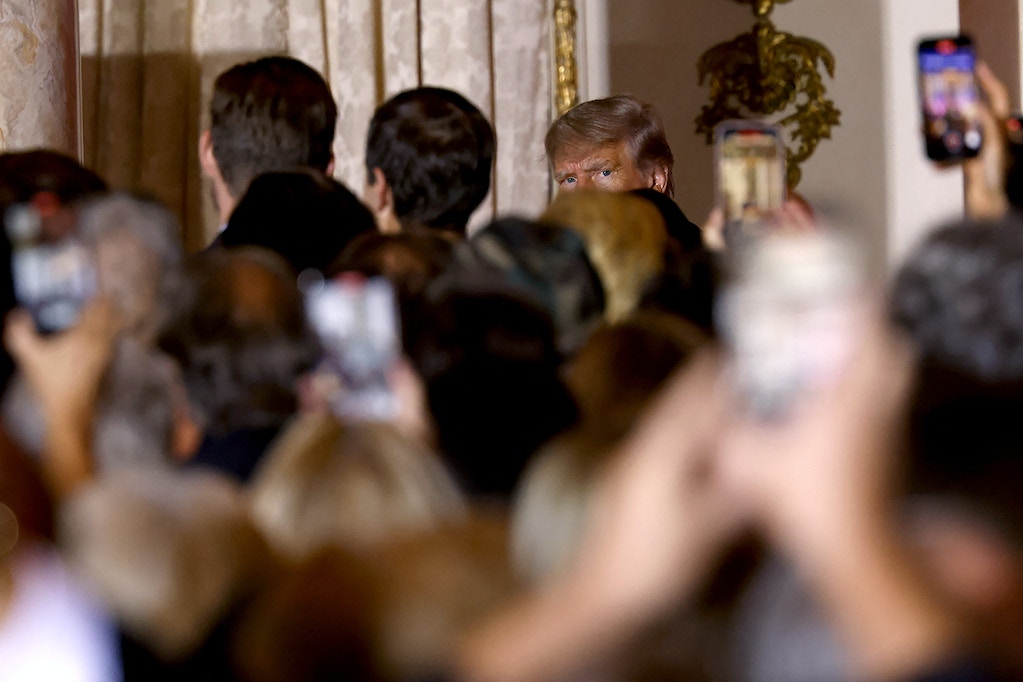 If politics were football, Donald Trump would be a JAG.

NFL fans know what that means: Trump is “Just a Guy.”

In professional football slang, being a JAG means that a player is average, nothing special. A JAG lacks game-changing talent and unique status. A JAG is not a star. If a JAG makes too many demands, he’ll be kicked off the team and thrown out on the street.

For four years, Trump used his special status as president to shield himself from criminal investigations and other legal actions. Trump’s position was clearly a factor in the decision by Robert Mueller, the special counsel in the Trump-Russia case, not to bring charges against him. The nation’s main recourse for holding Trump accountable while he was president was impeachment, and he became the first president in history to be impeached twice by the House of Representatives. But the Republican-controlled Senate failed to convict him each time, and so Trump came to believe that he was bulletproof.

But now that he is out of office, Trump is finally fair game for an entire legion of lawyers. The legal system grinds slowly, but nearly two years after Trump left the White House, a dizzying number of cases against him are finally ramping up, seemingly all at once. Prosecutors are having a field day with Trump. He is facing a legal perfect storm.

Trump’s status as “just a guy” was confirmed Tuesday by a jury in New York, when his real estate company was convicted of tax fraud and other crimes. The jury found the Trump Organization guilty of all 17 counts of financial crimes the company was facing. Donald Trump was not personally charged in the case, but prosecutors did say during the trial that he was complicit by “explicitly sanctioning tax fraud.”

The criminal prosecution against Trump’s company came as he, his children, and their family business are also facing a civil case brought in September by the New York attorney general, charging them with fraud for radically overstating the value of company assets. If they are found guilty, Trump and his children could be barred from running businesses again in New York.

The New York criminal case against Trump’s company now appears to be leading to a renewed effort by local prosecutors to investigate Trump personally. After Tuesday’s verdict in the criminal case, Manhattan District Attorney Alvin Bragg said that the case against Trump’s company was just “one chapter in the book,” and that his office’s investigation of Trump is still underway.

Separately, E. Jean Carroll, a writer who claims Trump raped her in the mid-1990s, also sued the ex-president in late November for battery and defamation in New York. She had originally sued Trump for defamation while he was president, after he claimed he hadn’t assaulted her because she was “not my type.” That earlier lawsuit is still tied up in court over Trump’s claims that he can’t be sued for the comments because he was acting in his official capacity as president when he made them.

Similarly, a federal appeals court heard arguments Wednesday over whether Trump should be immune from lawsuits brought against him in connection with statements he made on January 6. A district judge ruled against Trump in February, saying that the three lawsuits, brought by police officers who were at the Capitol on January 6 and Democratic members of Congress, could proceed despite Trump’s claims of presidential immunity for his speech.

Last week, the Supreme Court showed that it also now considers Trump a JAG. The court sided with the Democratic-controlled House Ways and Means Committee, ruling that the panel had the right to obtain Trump’s tax returns. The legal battle between Trump and the committee over his tax returns had gone on for years, beginning when he was president. But once he left office, he could no longer count on the support of the Justice and Treasury departments to shield his returns. Rep. Bill Pascrell Jr., the New Jersey Democrat who chairs the Ways and Means subcommittee on oversight, noted that the Supreme Court ruling came after the panel had waited almost as long as it took to fight the Civil War.

On yet another front, an appeals court ruled in favor of the Justice Department and against Trump last week in the ongoing case involving his apparent theft of government documents. The appeals court overturned the decision by a lower court judge to create a so-called special master to review documents that the government took from Trump’s Mar-a-Lago home during an FBI raid in August. The ruling clears the way for the newly appointed special counsel, Jack Smith, to finish the criminal investigation in the documents case. The legal maneuverings around the special master had slowed the case to a crawl over the last few months, but in its ruling, the appeals court made it clear that the lower-court judge had been wrong to give any special treatment to Trump in the way in which materials seized under a search warrant are handled.

Smith, the new special counsel, has also been put in charge of the criminal investigation of Trump’s role in trying to overturn the 2020 presidential election, and he has been busy on that front since taking over on November 18. Two of Trump’s White House lawyers were forced to testify last week before a federal grand jury about their former boss’s efforts to overturn the election; this week, meanwhile, Smith has sent grand jury subpoenas to officials in Michigan, Arizona, and Wisconsin, seeking any communications with Trump or his aides in connection with his efforts to overturn the 2020 vote. Smith seems to be intensifying the criminal probe of efforts by Trump and his allies to upend the results in key swing states so that he could win in the Electoral College.

Separately, a Florida appeals court on Tuesday ordered Michael Flynn, Trump’s national security adviser who later became a key figure in efforts to overturn the 2020 election, to testify as early as Thursday before a grand jury in Atlanta investigating Trump’s efforts to overturn the election in Georgia. Flynn is expected to be one of the last witnesses before the Atlanta grand jury, which is a “special purpose” body and will not issue indictments; instead, it will recommend whether anyone should be prosecuted. The Georgia case, in which Trump may face charges of leading a conspiracy to send fake electors from Georgia to the Electoral College, may eventually pose a grave legal threat to the ex-president personally.

Another new verdict in a January 6-related case also is bad news for Trump. Stewart Rhodes, the leader of the far-right militia known as the Oath Keepers, was convicted last week of seditious conspiracy in connection with the Capitol insurrection. The verdict, showing that a jury believes there was a conspiracy behind the riot, raises the legal stakes for Trump and his lieutenants.

To once again try to shield himself from the legal tidal wave, Trump announced right after the midterm election in November that he was running for president again in 2024. But just as he no longer enjoys special legal status, his political power also seems to have ebbed. Almost all the major candidates Trump endorsed lost in the recent election, dragging Republicans down to one of the worst midterm performances in modern history for a party out of power. In a final insult on Tuesday, Democratic Sen. Raphael Warnock defeated the Trump-anointed Republican, former football player Herschel Walker in the Georgia runoff election. Failure in the midterms has finally led more Republicans to call for an end to the party’s addiction to Trump. (His rant last weekend demanding that the Constitution be suspended so he could be reinstalled as president apparently didn’t help.)

As the year ends with Trump’s JAG status confirmed, he can only console himself with right-wing dregs, like Elon Musk’s laughable efforts to publish Hunter Biden’s dick pics.