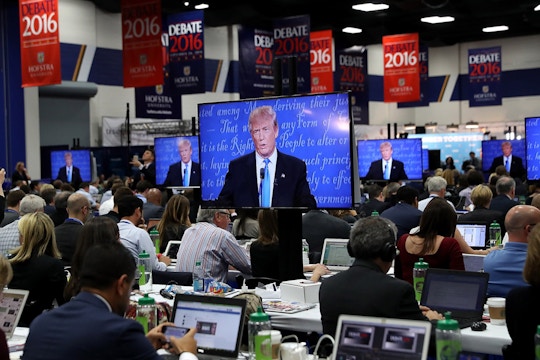 The New York Times has built a team of 18 reporters who will act as fact-checkers. They’ll aim to post within five minutes of the candidate’s statement.

NPR’s 22-person team will conduct fact-checking online and in their post-debate analysis. They also will use an annotation widget.

Bloomberg TV will reportedly be the only television network to fact-check the debate on-screen.

PolitiFact has a team of 18 fact-checkers examining the candidates’ statements. So far in the election, they’ve fact-checked Clinton and Trump almost 400 times.

Wired has a five-person fact-checking team for its live blog.

The Washington Post has already published a pre-debate fact check. Its two fact checkers, Glenn Kessler and Michelle Ye Hee Lee, will be fact-checking for the live blog.

And we’ll be doing it too.