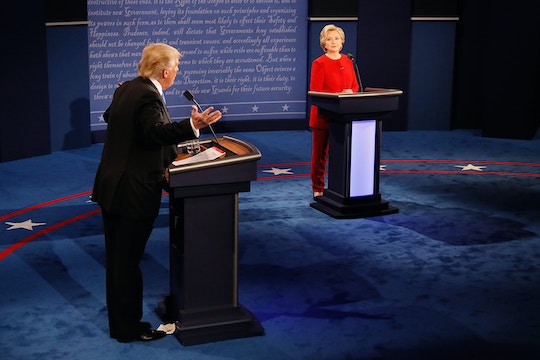 As part of Donald Trump’s critique of Hillary Clinton on debate night, Trump called the 2011 bombing campaign of Libya “one of her disasters.” Throughout his campaign, Trump has repeatedly pointed to Clinton’s leading role in advocating for intervention in Libya to characterize Clinton as an interventionist.

In a Republican debate in February, Trump said “we would be so much better off, if Gaddafi were in charge right now, if the politicians went to the beach, and didn’t do a thing.”

But back in 2011, Donald Trump explicitly called for U.S. intervention in Libya. “We should immediately go into Libya, knock this guy out, very quickly, very surgically, very effectively, and save the lives,” Trump said. Watch for yourself here.

In a later video, Trump faulted the Obama administration for not bargaining with Libyan rebels for a share of the country’s oil.