Follow the Intercept’s live coverage of the Senate confirmation hearings.

Sen. Jeff Sessions flatly prioritized law and order and support for police over civil rights in his opening statement before the Senate Judiciary Committee, which today considers confirming him as the next attorney general.

In fact, the first civil right he mentioned is not a civil right at all. “It is a fundamental civil right to be safe in your home and your community,” he said.

Much of his statement echoed statements by his would-be boss, Donald Trump, positing the police as victims. 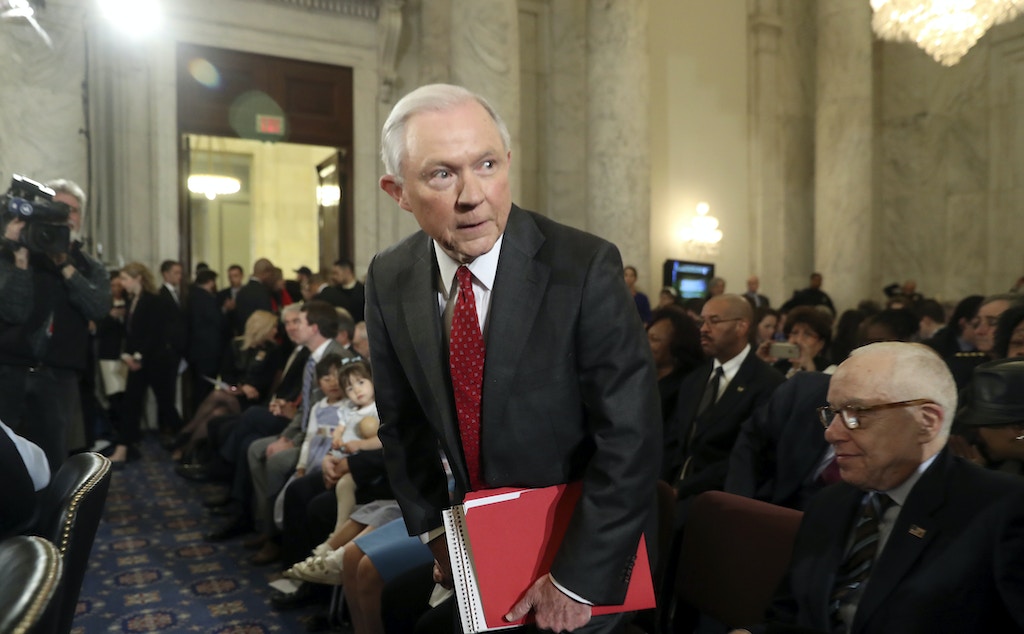 Sessions said that “in the last several years, law enforcement as a whole has been unfairly maligned and blamed for the actions of a few bad actors and for allegations about police that were not true. They believe the political leadership of this country abandoned them. They felt they had become targets. Morale has suffered. And last year, while under intense public criticism, the number of police officers killed in the line of duty increased 10 percent over 2015. This is a wake up call. This must not continue.”

He explained: “If we are to be more effective in dealing with rising crime, we will have to rely heavily on local law enforcement to lead the way. To do that, they must know that they are supported. If I am so fortunate as to be confirmed as attorney general, they can be assured that they will have my support.”

His only nod to prosecuting police misconduct was a line that was apparently a late addition — it was not in his prepared text. “When police fail in their duties, they must be held accountable,” he said, after also throwing in an acknowledgement of “minority communities.”

Sessions did note the importance of voting rights: “The Department of Justice must never falter in its obligation to protect the civil rights of every American, particularly those who are most vulnerable. A special priority for me in this regard will be aggressive enforcement of our laws to ensure access to the ballot for every eligible American voter, without hindrance or discrimination, and to ensure the integrity of the electoral process.”

But he immediately followed that with even more vigorous language about the need to protect the United States Treasury from waste, fraud, and abuse. “We cannot afford to lose a single dollar to corruption and you can be sure that if I am confirmed, I will make it a high priority of the department to root out and prosecute fraud in federal programs and to recover any monies lost due to fraud or false claims.”

He eventually got to a grudging and unenthusiastic endorsement of other civil rights — after again mentioning crime: “You can be absolutely sure that I understand the immense responsibility I would have. I am not naïve. I know the threat that our rising crime and addiction rates pose to the health and safety of our country. I know the threat of terrorism. I deeply understand the history of civil rights and the horrendous impact that relentless and systemic discrimination and the denial of voting rights has had on our African-American brothers and sisters. I have witnessed it. I understand the demands for justice and fairness made by the LGBT community. I understand the lifelong scars born by women who are victims of assault and abuse.”