Debate moderator Chris Wallace asked why women would come forward with sexual assault allegations against him, opening the door for Trump to discredit the accusers.

As we’ve noted before, cable news hosts have helped spread the notion that it was political motivations that spurred the accusers to come forward. In fact, several of the accusers explained exactly why they came forward: the release of the Access Hollywood tape with Trump’s boasts about serial groping, followed by his denial at the last debate.

Trump’s own answer was far from satisfactory.  “I think they want either fame, or her campaign did it,” he said.

“I didn’t apologize to my wife,” about the sexual assault allegations he said. He did, however, apologize to Melania over his comments on the 2005 Billy Bush tape. 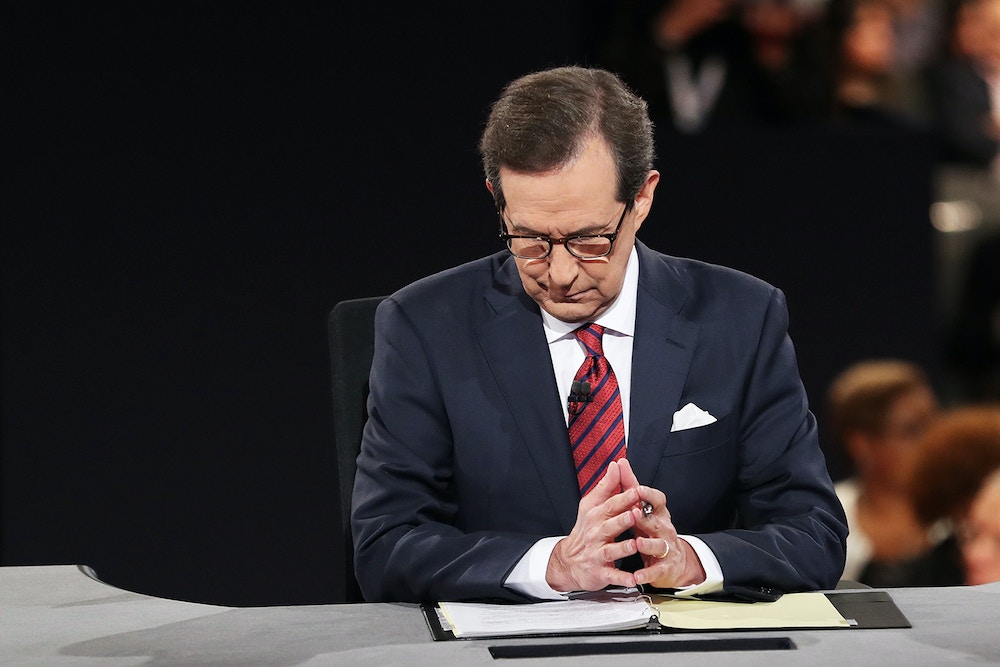 Fox News anchor and moderator Chris Wallace waits for the start of the third U.S. presidential debate on Oct. 19, 2016, in Las Vegas, Nevada.