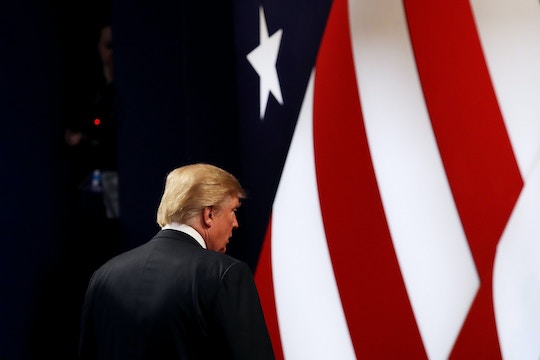 The United States is unique in many ways, but the most important is that we have had 240 years of uninterrupted peaceful, democratic transitions of power. The military follows civilian orders, so we’ve never had a coup. Presidents who are voted out leave office, so we’ve never had an armed revolution.

No other country in the world comes close. It’s by far American citizens’ most valuable political inheritance.

So it shouldn’t be any surprise that Donald Trump just declared that he’s happy to throw it all away, like an underperforming casino or a 40-year-old first wife.

When asked by moderator Chris Wallace whether he would “absolutely accept the result of the election,” Trump replied “I will look at it at the time” — and then launched into a long diatribe about how the election is unfairly rigged against him.

Trump’s tantrum has to be viewed in the context of this American history:

Almost all revolutions end up with the winners clinging onto power until they’re forcibly dislodged. The most remarkable thing about the American Revolution is not that George Washington took office but that he voluntarily left office after two terms.

The U.S. went on to develop a tradition of accepting election results even under the most shocking conditions. For instance, during the final stretches of the 1968 president race between Richard Nixon and Hubert Humphrey, President Johnson learned that Nixon had been privately negotiating with the government of South Vietnam to prolong the war and prevent a peace deal that would help Humphrey.

Johnson considered making the information public. However, his advisor Clark Clifford counseled him that “some elements of the story are so shocking in their nature that I’m wondering whether it would be good for the country to disclose the story and then possibly have [Nixon] elected. It could cast his whole administration under such doubt that I think it would be inimical to our country’s best interests.”

In 2000, Al Gore conceded to George W. Bush even though Gore has won the popular vote, even though the Florida recount was conducted in a state governed by Bush’s brother Jeb, and even though one of the five justices on the Supreme Court voting to halt the recount had been appointed by Bush’s father.

Here’s what Gore said after he called Bush:

Stephen Douglas told Abraham Lincoln, who had just defeated him for the presidency, “Partisan feeling must yield to patriotism. I’m with you, Mr. President, and God bless you.”

Well, in that same spirit, I say to president-elect Bush that what remains of partisan rancour must now be put aside, and may God bless his stewardship of this country.

Lots of people and things get called “un-American” and it’s almost never true. But Donald Trump is genuinely, deeply un-American.