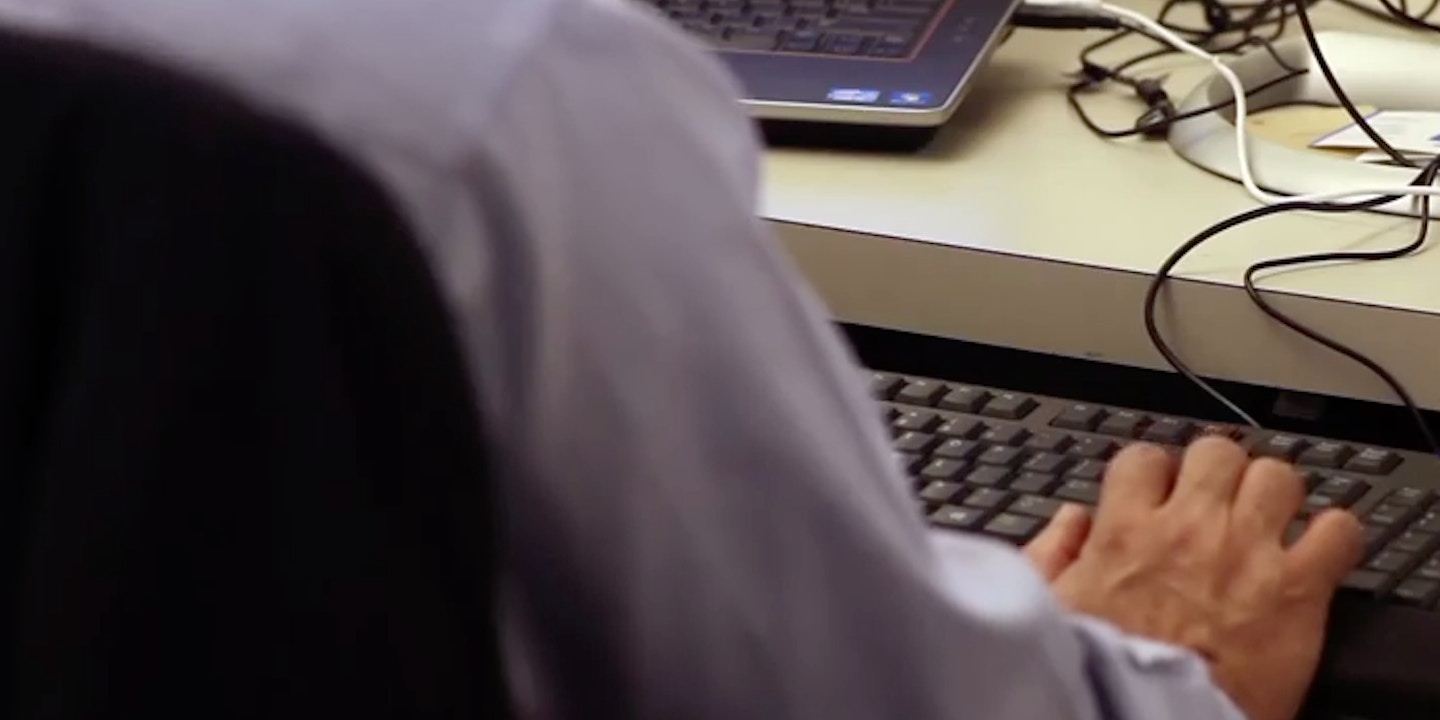 To do their jobs properly, journalists and lawyers sometimes need to be able to keep information private from the government.

And because what journalists and lawyers do is so integral to safeguarding democracy and basic rights, the United States has traditionally recognized their need for privileged communications.

But the virtually inescapable government surveillance exposed by NSA whistleblower Edward Snowden has impaired if not eliminated the ability of news-gatherers and attorneys to communicate confidentially with their sources and their clients, according to a new report by two rights advocacy groups. 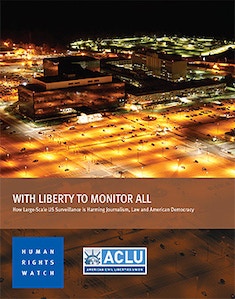 The report by Human Rights Watch and the American Civil Liberties Union is based on an exhaustive new survey of journalists and lawyers working in the areas of national security and intelligence. Both groups of professionals describe a substantial erosion in their ability to do their constitutionally-protected jobs.

Not even the strongest versions of NSA reform being considered in Congress come anywhere close to addressing the chilling effects on basic freedoms that the new survey describes.

“If the US fails to address these concerns promptly and effectively,” report author  G. Alex Sinha writes, “it could do serious, long-term damage to the fabric of democracy in the country.”

Even before the Snowden revelations, reporters trying to cover important defense, intelligence and counter-terrorism issues were reeling from the effects of unprecedented secrecy and attacks on whistleblowers.

But newfound awareness of the numerous ways the government can follow electronic trails —  previously considered the stuff of paranoid fantasy — has led sources to grow considerably more fearful.

“It used to be that leak investigations didn’t get far because it was too hard to uncover the source, but with digital tools it’s just much easier, and sources know that,” said Washington Post contributor Barton Gellman, one of the 46 journalists interviewed for the survey.

Sources are “afraid of the entire weight of the federal government coming down on them,” New Yorker staff writer Jane Mayer is quoted as saying. “The added layer of fear makes it so much harder. I can’t count the number of people afraid of the legal implications [of speaking to me].”

Jonathan Landay, a McClatchy Newspapers reporter covering national security and intelligence, told Human Rights Watch that some sources have grown reluctant to talk to him about anything, “even something like, ‘Please explain the rationale for this foreign policy.’ That’s not even dealing with classified material; that’s just educating readers.”

Methods reporters use to avoid surveillance are time-consuming, difficult, off-putting  to sources — and ultimately futile, the surveyed journalists reported. “If the government wants to get you, they will,” Washington Post reporter Adam Goldman said.

But when journalists can’t do their jobs, the effect is felt well beyond the profession alone. Insufficiently informed journalism can “undermine effective democratic participation and governance,” the report states.

“What makes government better is our work exposing information,” Washington Post reporter Dana Priest is quoted as saying.  “It’s not just that it’s harder for me to do my job, though it is. It also makes the country less safe. Institutions work less well, and it increases the risk of corruption. Secrecy works against all of us.”

The report’s author also interviewed five current or former U.S. officials with knowledge of the surveillance programs. “They generally defended the programs as legal and important for national security. They also showed varying degrees of concern for or interest in the impact that the programs might have on the work of journalists and attorneys,” Sinha wrote. “Most were skeptical that the programs have affected journalists and did not appear to have considered seriously the possible effect on attorneys.”

In fact, Bob Deitz, who served as the National Security Agency’s general counsel from 1998 to 2006, was apparently pleased to hear surveillance was making certain kinds of reporting more difficult. “Leaking is against the law. Good. I want criminals to be deterred,” he told the report’s author. “Does a cop chill a burglar’s inclination to burgle? Yes.”

But New York Times reporter Scott Shane disputed that analogy in his interview: “Burglary is not part of a larger set of activities protected by the Constitution, and at the heart of our democracy,” he said. “Unfortunately, that mindset is sort of the problem.”

Lawyers, meanwhile, expressed concerns that U.S. surveillance comprised a violation of the attorney-client confidentiality and could stifle their clients. The Sixth-Amendment-protected right to counsel in criminal prosecutions is traditionally considered to include the ability to communicate freely.

Many of the 42 attorneys interviewed for the survey reported finding it harder to build trust with clients — particularly those who are abroad, and aware of the extent of NSA surveillance.

One lawyer described feeling duty-bound to warn her clients. “Given the now publicly admitted revelations that there is no privacy in communications, including those between attorneys and their clients, I feel ethically obligated to tell all clients that I can’t guarantee anything [they] say is privileged … or will remain confidential,” said Linda Moreno, a defense attorney specializing in national security and terrorism cases.

Lawyers said they feared surveillance would allow the government to have advance knowledge of their defense plans, and that they feared that evidence collected through classified programs would nevertheless be held against the defendants, without the ability to challenge its acquisition.

Major Jason Wright, an Army JAG who was on Khalid Sheikh Mohammed’s defense team, raised a troubling concern: “We are fearful that our communications with witnesses abroad are monitored,” and that attempts to build their case “might put people in harm’s way,” he said in an interview for the survey.

The U.S. government claims that it applies certain “minimization” procedures to protect attorney-client communications in the “upstream” collection conducted under one section, 702, of the surveillance statutes. But as the report notes, that claim is a very limited one, with all the clauses and caveats indicating that those limiting procedures don’t apply to other major surveillance initiatives — and if they do, only when clients are post-indictment, which is when the Sixth Amendment right to counsel is directly implicated.

The government officials interviewed for the survey “were skeptical that surveillance has undermined reporting, or indeed, that anything else has either,” the report’s author noted. “When asked what would constitute sufficient evidence of a chilling effect to cause them concern, both Deitz and [a] senior FBI official expressed skepticism about the reliability of self-reports by journalists or others.”