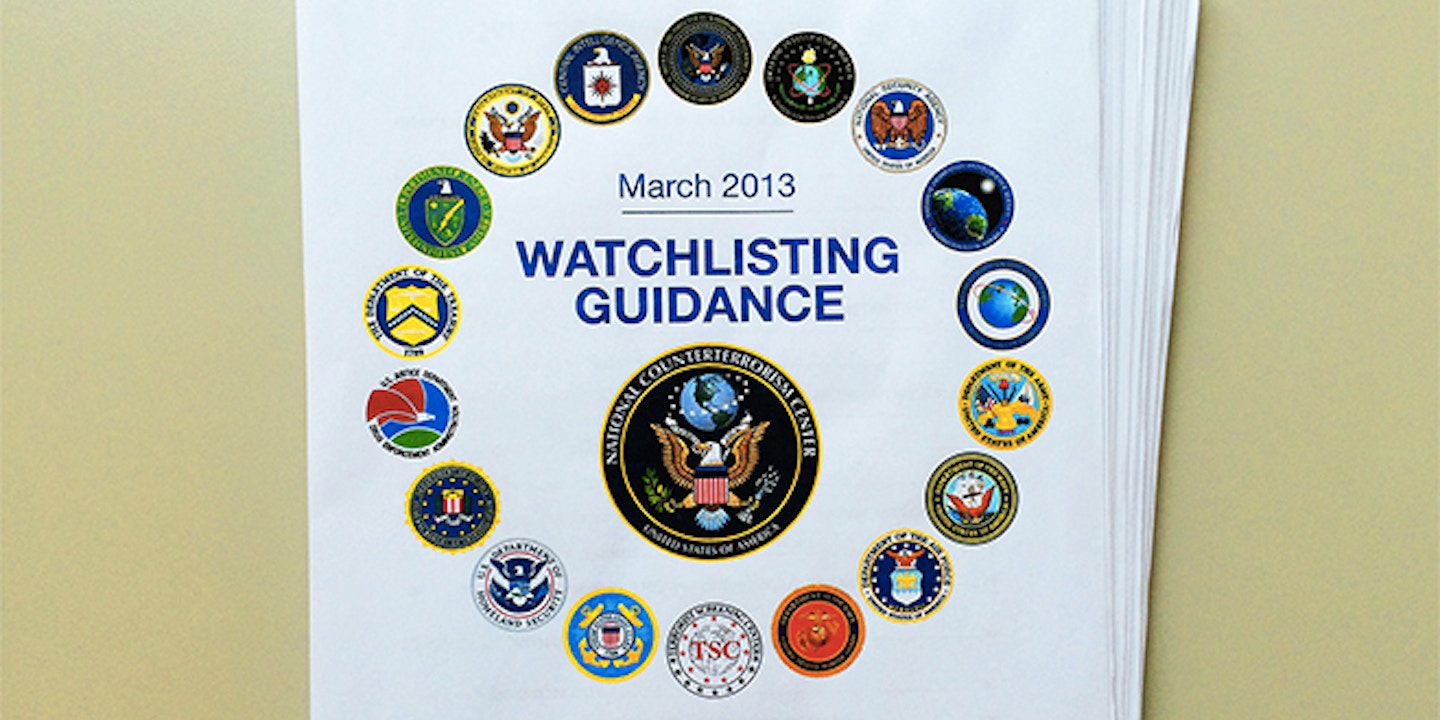 Relying in part on recent Intercept reporting on the vast breadth of the government’s watchlisting system, several Muslim Americans filed a complaint in a Michigan federal court today, arguing that they have been wrongly ensnared in an unaccountable system without any opportunity to defend themselves.

Citing “recent media accounts,” including secret government documents published exclusively by The Intercept, the complaint claims that the plaintiffs—five men on the terror watchlist—have been falsely stigmatized and punished without trial by a system motivated by “bigotry and misguided, counterproductive zeal.”

“This lawsuit is an expression of anger grounded in law,” the 28-page complaint begins. “Our federal government is imposing an injustice of historic proportions upon the Americans who have filed this action, as well as thousands of others.”

One of the plaintiffs, Yaseen Kadura, claims that, after he was placed on the no fly list, a Department of Homeland Security official contacted him and tried to pressure him to become a government informant in Libya, holding out the possibility of being removed from the list as an inducement.

Two articles published by The Intercept in July and August, based on both classified and unclassified government documents, revealed the immense scope of the watchlisting system, which currently includes more than a million people in a single database and hundreds of thousands of watchlisted individuals who, by the government’s own admission, have no recognized ties to any terrorist groups. The reports also revealed that, in the government’s view, the small city of Dearborn, Mich., just miles from where today’s suit was filed, is home to the second largest concentration of “known or suspected terrorists” in the entire country. Dearborn has the highest proportion of Arab-Americans in the nation; Barbara McQuade the U.S. attorney for the eastern district of Michigan said at a press conference last week that no one from the city has ever been prosecuted for terror-related offenses.

The complaint, which names more than a half dozen senior U.S. officials, including Attorney General Eric Holder, FBI director James Comey and National Counterterrorism Center director Matthew Olsen, says the watchlisted plaintiffs were wrongly barred from flying, passing through security checkpoints, and owning firearms—not to mention denied the right to be free “from the unimaginable indignity and real-life danger of having your own government communicate to hundreds of thousands of federal agents, private contractors, state and local police, the captains of sea-faring vessels, and foreign governments all across the world that you are a violent menace. ”

In June, a federal judge ruled the existing procedure for requesting removal from the no-fly list is both unconstitutional and “wholly ineffective.”

Gadeir Abbas, a CAIR staff attorney, described the lawsuit as “a manifestation of the anger of the American Muslim community.”

“It is an example of five American Muslims standing up, not just for themselves and their own community, but on behalf of all Americans interested in preserving their basic liberties” Abbas told The Intercept. “Federal watchlisting, which really is best understood as a system of meting out punishment based on secret laws, is an injustice of historic proportions.”