Senator on Obama’s ISIS Strategy: ‘It Makes No Sense to Me. And I Can’t Sell It’ 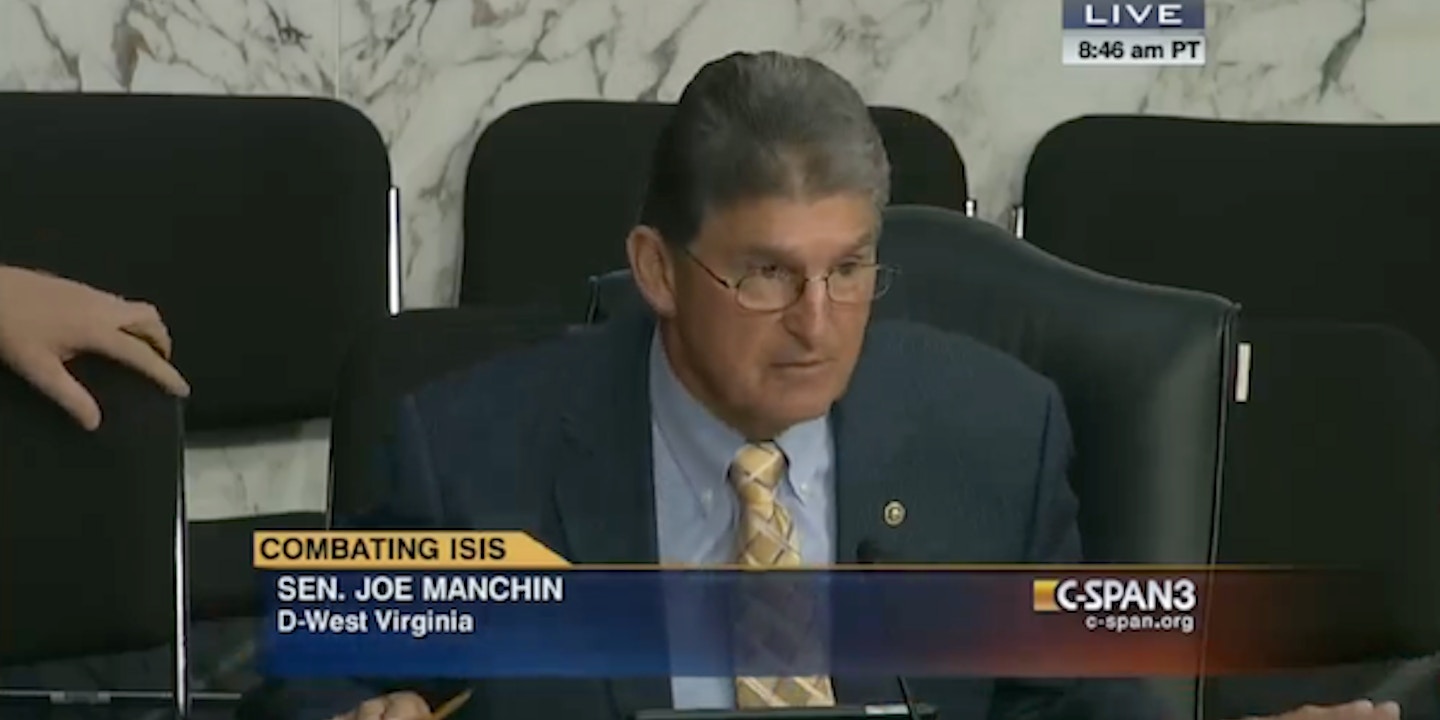 “How can I go home to West Virginia and make sense out of this at all?” he asked Defense Secretary Chuck Hagel and Joint Chiefs of Staff chairman Gen. Martin Dempsey at a Senate Armed Services Committee.

He also came out strongly against any plan that would involve American soldiers fighting on land — a prospect that Hagel had earlier testified was not entirely out of the question.

[Updated} Here’s the video of Manchin’s opening comments; you can also watch the complete video here.

I have a hard time with all of this… When I go home to West Virginia,… people say: What do you expect to be different than what you have done in that region of the world for 13 years? If money or military might hasn’t changed it, what makes you think you can change it now?

And when you look at the money we spent — $20 billion trying to build up an army in Iraq — and the first time they were tested they ran, turned over the arsenal that we equipped them with and is now being used against us…. And then when you look at what we have done in that part of the world: Total of Iraq, $818 billion spent — those are the figures I have — $747 [billion] in Afghanistan and growing; [total[ $1.6 trillion to date and growing — 4,400 lives lost in Iraq, 36,000 wounded; 2,200 lives in Afghanistan and 21,000 wounded.

Manchin then divided the $500 million President Obama has said he wants Congress to spend on arming and training Syrian rebels by the 5,000 rebels Manchin said it would be spent on.

I am in total support of air support and using our tactical and technology as we have, superiority. But I think it should be the Arab Muslim ground game, if you would. That should be theirs. If we can booster them up a little bit — you said we had to go back in, then either we did a poor job at training in the beginning or [former Iraqi prim minister Nouri al-] Malaki was able to undo everything we have done in the two years that we’ve been gone.

If it is that quickly undone what we have spent, how can anybody — how can you all explain to me — how can I go home to West Virginia and make sense out of this at all? Anybody want to take a shot at this? It doesn’t make sense to me.

Later, after some boilerplate answers from the panel, Manchin came back:

These barbaric dictators are unbelievable. But it seems like that’s what rules: If it’s not one it’ll be another…

I’m not supporting in any way shape or form [Syrian President Bashar al-]Assad. I think he should be gone. But as long as he’s able to remain there, he is fighting the same people we are asking people to train — that we’re going to spend $500 million.

It makes no sense to me. And I can’t sell it. You can’t sell this stuff. And no one believes the outcome will be different.

Earlier, on CNN, Manchin said explicitly that we would vote against the $500 million proposal — and any proposal that involved American boots on the ground.  “I’m willing to vote. I will vote no — absolutely no — and stand tall in West Virginia to explain my vote,” he said.