A new YouTube video circulating in Arabic-language media appears to show ISIS propaganda mocked up in the style of the popular “Grand Theft Auto” franchise. It’s a weird twist in the ISIS media war. 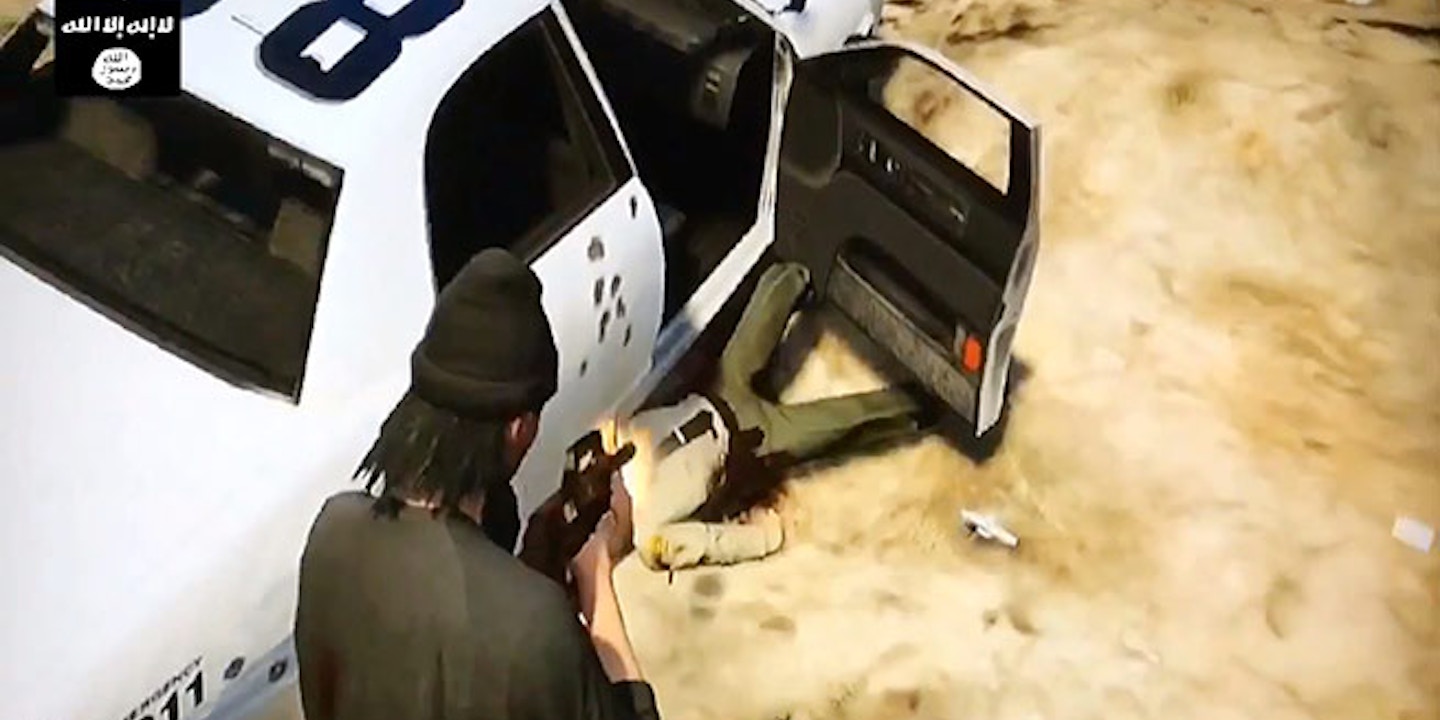 Propaganda for the militant group Islamic State appears to have escalated into the realm of video games.

A new video purportedly released by supporters of the group to Arabic language news media appears to show Islamic State, or ISIS, propaganda mocked up in the style of the popular “Grand Theft Auto” franchise. The video shows footage of explosions, sniper rifle attacks and drive-by shootings all rendered in the style of the GTA series. Arabic commentary included as subtitles contain quotes along the lines of targeting U.S. forces and “the Safavid Army”, a reference to Iranian or pro-Iranian forces. They also show images of an assault rifle riddling a police car full of bullet holes — a scene that would not be altogether unfamiliar to Grand Theft Auto players.

Just as in the original GTA, the Islamic State “player” can be seen running around, stealing cars, and engaging in firefights. However, instead of using the music soundtrack that accompanied the original series, the trailer plays clips of nasheeds (religious songs) against this background of video game mayhem. All the while, the Islamic State flag can be seen displayed at the top of the player screen.

The Islamic State was already well known for its sophisticated filmmaking, and many of the scenes depicted in the video appear to be a “gamification” of previous Islamic State propaganda footage, including their hour-long “Clanging of the Swords” film released earlier this year. Though the new video appears to constitute a trailer, there’s no indication yet that a real, playable game is in the offing anytime soon. Nonetheless, coupled with the group’s release yesterday of a new propaganda trailer directed at the United States, it appears that the ISIS media war is continuing to evolve in new and weird directions.